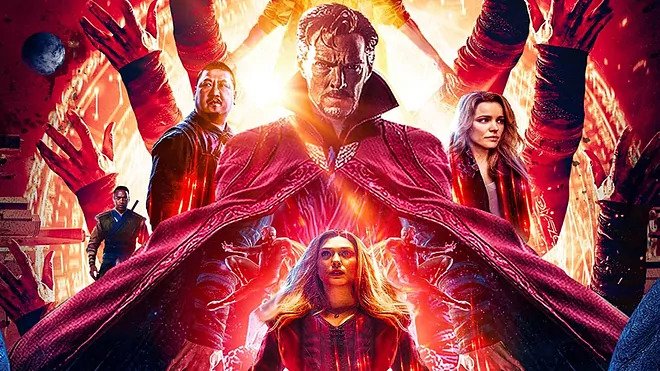 It’s not often that a creator gets to see their creation’s debut on the big screen. That’s especially true on a popular property. That’s what’s happening with America Chavez’s creator Joe Casey with the character’s entry into the MCU via Doctor Strange and the Multiverse of Madness. The film – the next entry in the Marvel Cinematic Universe – will see America Chavez team up with the Scarlet Witch, alongside the titular Doctor Strange. It’ll also see the introduction of multiple other characters new to the MCU.

Some of the more notable appearances includes Patrick Stewart’s Professor X from the X-Men. That was made possible by Disney’s acquisition of Fox. While the larger names may be getting most of the attention ahead of the film’s release, it’s the introduction of lesser-known heroes that has some people buzzing.

America Chavez’s creator Joe Casey recently sat down with Comicbook to discuss the character’s leap from the page to the MCU. Coupled with the jump is the much-anticipated nature of the film.

In the interview, Casey notes that the appearance onscreen is “cool.” He adds how the character has appeared in other media since her introduction. Despite that, he says he’s “psyched” to see the character appear on the big screen. He does, however, have his complaints.

“It’s very cool, but on the other hand, this is just the latest in a fairly long string of America Chavez appearances in other media — everything from video games to action figures to animation to apparel to bed sheets and probably beyond, areas in which she’s already made an impression outside of the comics…when I consider how much cash this Doctor Strange sequel is going to rake in.”

Mr. Casey’s comments highlight an industry practice where comic book creators often don’t see compensation when their creations reach the big screen. He’s not the only creator to point this out. It happens especially with Marvel.

Despite this, America Chavez’s creator went on to note that:

“In all seriousness, it was probably not the wisest move on my part to create any new characters for Marvel Publishing — considering their spotty track record on dealing fairly with creators — however, in the case of America Chavez, I did it, and regardless of where things are at on that front, I’m definitely psyched to see her in a movie that costs more than the GNP of certain developing nations.”

America Chavez Appears In Doctor Strange and the Multiverse of Madness

Xochitl Gomez portrays America Chavez in the upcoming Doctor Strange and the Multiverse of Madness. Created in 2011, the character has the power to travel between parallel universes, making her vital to Doctor Strange’s mission.

Are you looking forward to Doctor Strange and the Multiverse of Madness? The MCU film releases on May 6, 2022.