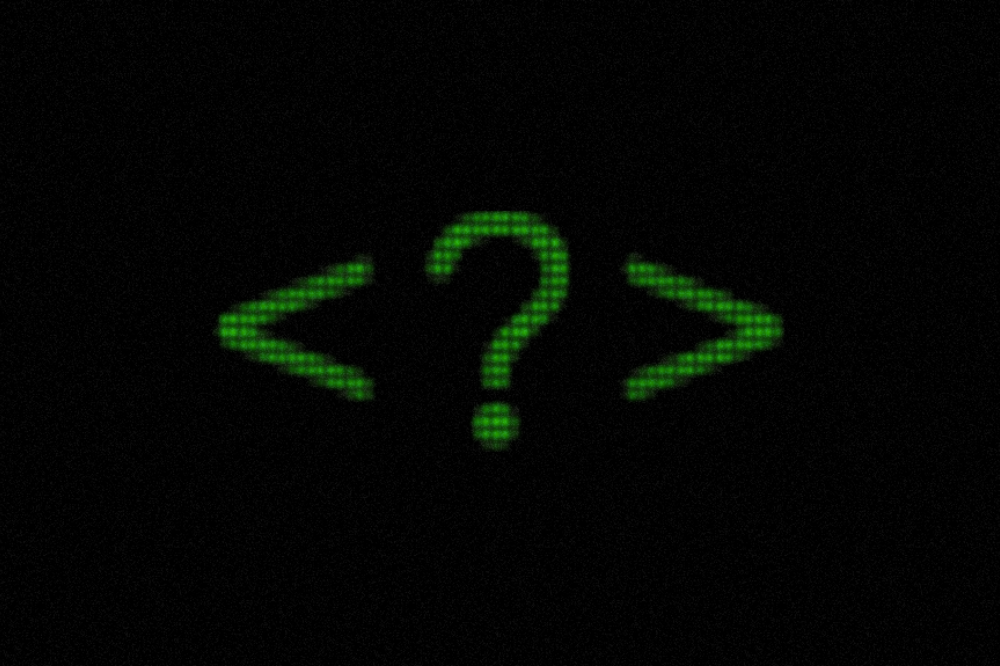 While end credits (and mid-credits) scenes are a staple of superhero movies, Matt Reeves’s The Batman gives us one of the most unique – and ambiguous – ones yet. In fact, we don’t really get a scene, but some text. So, what do we see and what does it all mean? Well, for dedicated Batman fans, the riddle Reeves gives us in the post credits scene suggests the next antagonist in the series. And no, it’s not that guy.

THE BATMAN SPOILERS AHEAD!

What Exactly is the Batman End Credits Scene? 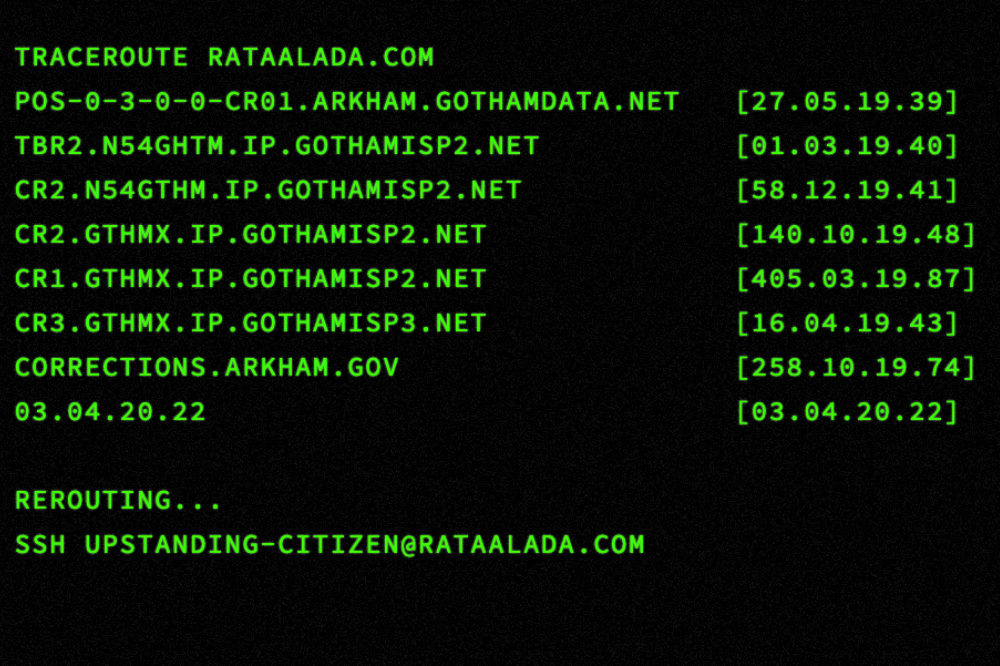 At about halfway through the movie, Batman and Jim Gordon solve one of Riddler’s many puzzles, bringing them to a website where Batman and Riddler exchange messages. It’s an old, Matrix-style green text on a black screen. You know, from the early days of computers when people hated their optic nerves. While trying to get more information, Riddler ends that chat with “Good Bye.” But in The Batman end credits scene, we get a little less. Just “Good Bye <?>” and a link that flashes by so quickly, you’ll need to buy at least six more AMC up marked tickets to really get it.

Or just read this article.

The link is the same that the Batman has to use: rataalada. However, what we get from the link has changed from before and after the film’s release.

Does the Batman Post Credits Scene Reveal the Villain(s) of the Sequel? 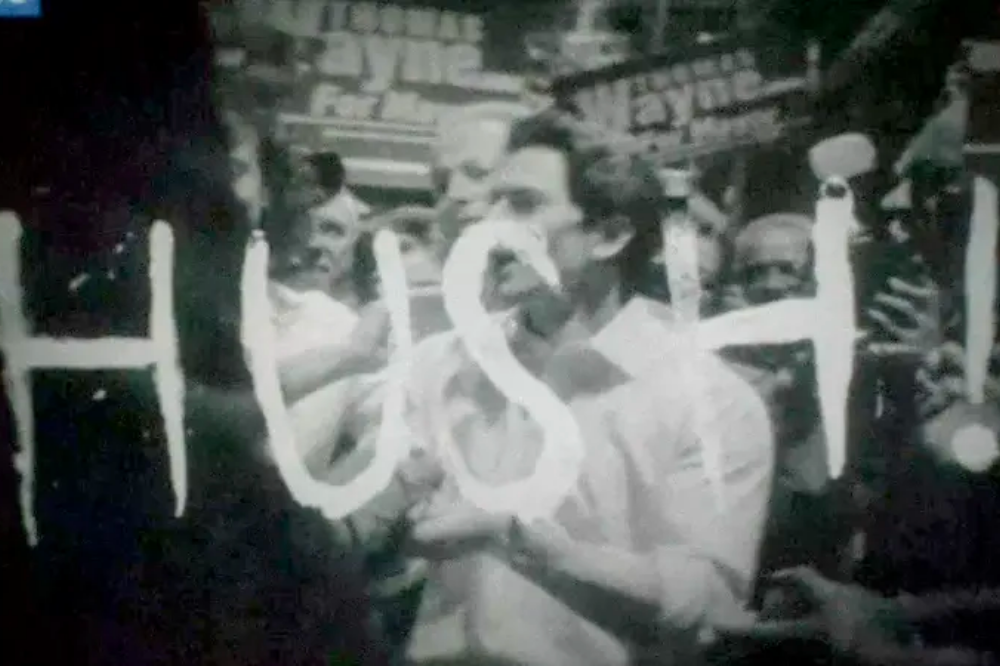 While watching the movie, there were two things in quick succession that made every Batman fan watching jump. First, the name of the reporter who was going to reveal Martha Wayne’s history of mental illness, Thomas Elliot. But in the same scene, a video montage about Thomas Wayne, Riddler writers “Hush” over Thomas Wayne’s face. Hush is also the name of a Batman villain, created by Jeph Loeb and Jim Lee. And Hush’s real name? Thomas Elliot. What does this have to do with The Batman end credits scene? Well, before the movie came out, the “rataalada” site led fans to that same video. Matt Reeves really wanted to make sure that “Hush” stuck in our heads.

Yet, what about the site change? How does the new version change the theory? Mostly, it gives us more possibilities.

The Riddler’s Site Can’t Load More Than 45%…What Does That Mean? 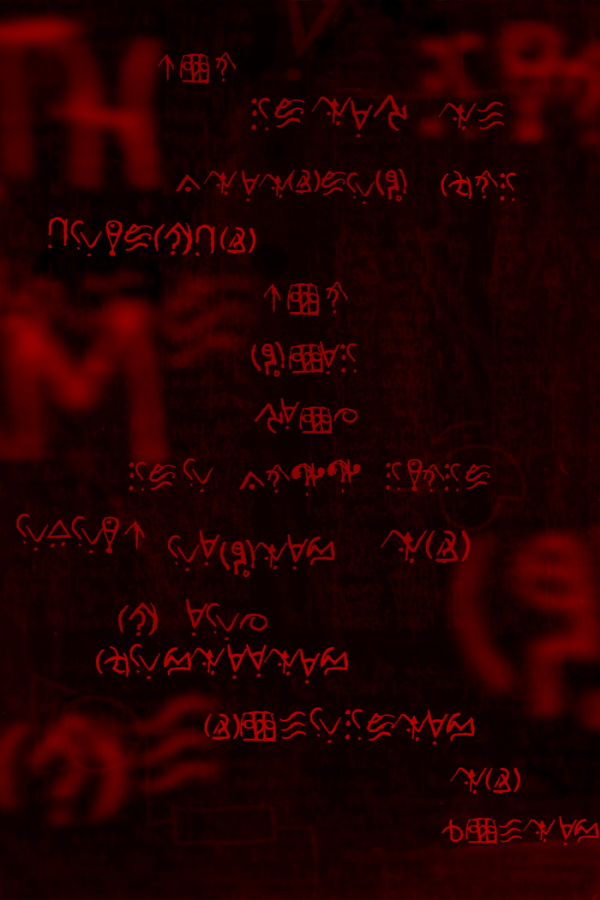 Currently, rataalada brings you to a similar page. But after a script of links and commands runs – all leading nowhere, we tried – we land on a page that simply states, “Click Here For Reward” and “Loading…45%.” When you click on the reward – going against every instinct of internet safety, you get the image seen above. Using Riddler’s Cypher, the text translates to:

“You think I’m finished but perhaps you don’t know the full truth.

Every ending is a new beginning.

Considering that there is no timeline for the sequel, this little riddle in the Batman post credit scene link is just mean. However, we still need to dissect what 45 means.

45 can mean so many things, and even narrowing it down to Batman, there are still numerous possible meanings for the end credit scene. For the sake of journalistic thoroughness, I went through hours of deciphering why Matt Reeves picked this number to freeze on. And no, we ruled out Mister Freeze. For now. Again, there are several possibilities for this number, and all of them are plausible. These are just the most likely. 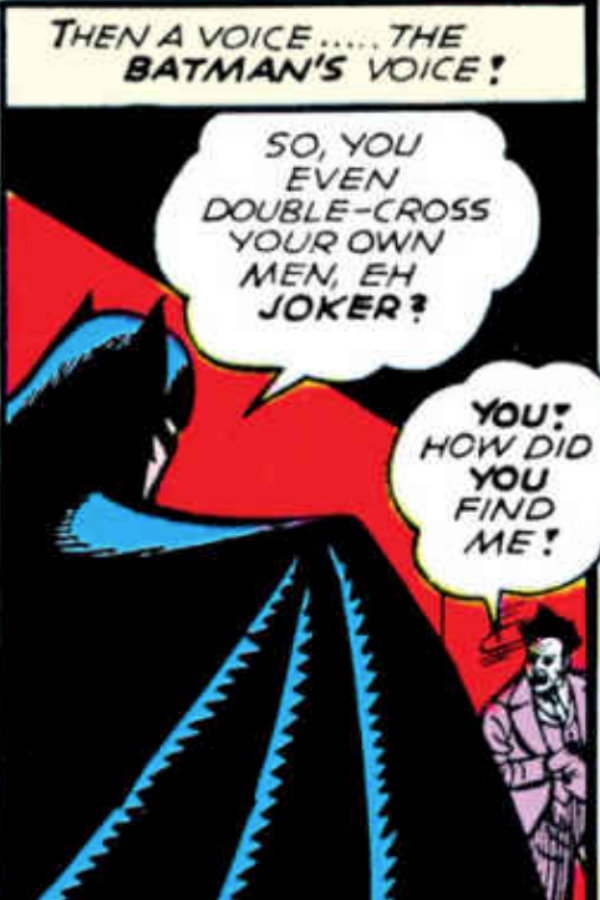 While Detective Comics was still an anthology comic, there is only one Batman story, and it could reveal a lot about the sequel: “The Case of the Laughing Death.”

As far as important references in the Batman post credit scene, this is a big one. The entire story is about the return of Joker. Now that we know for sure that the Joker is in The Batman, we know it’s only a matter of time before the famous adversaries battle it out. If Reeves is using 45 to point to classic comics, this is definitely an important one. However, Batman had two comics since 1940. What about the other #45? 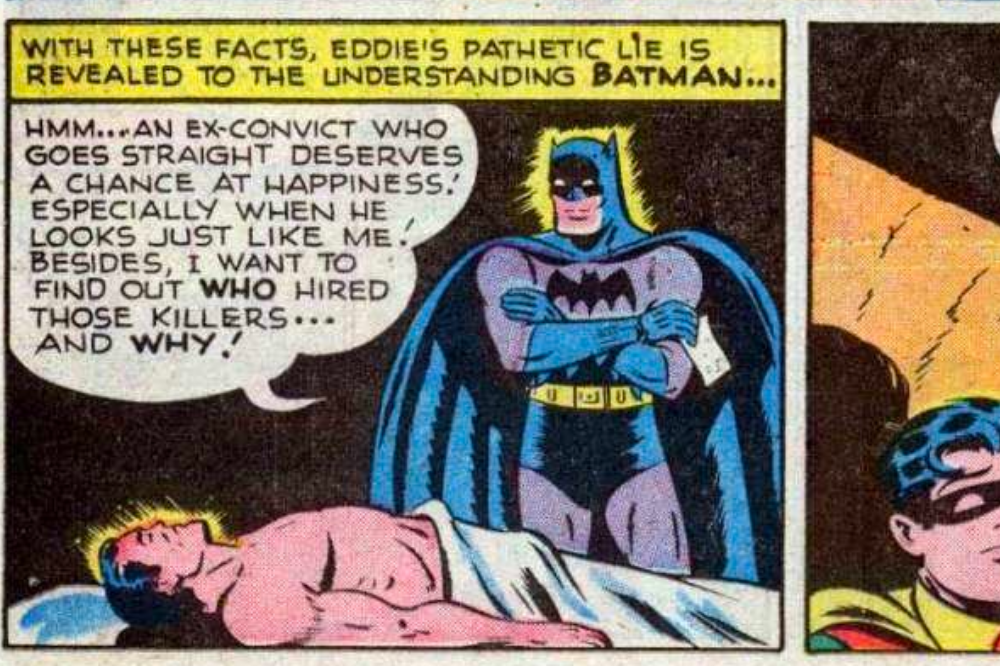 Comics used to have multiple stories instead of just one, and this 1948 Batman issue could hold several clues. The three stories are:

In this story, Catwoman wants more notoriety, so she tries to pull off a major heist only for Batman and Robin to stop her again. We’ll likely see Zoe Kravitz as Catwoman again, so this doesn’t answer too much about The Batman post credit scene.;

A Parole For Christmas!

This one is much more fascinating because it has a similar storyline to Hush. In Hush, Thomas Elliot eventually undergoes plastic surgery so that he looks exactly like Bruce Wayne. In “A Parole For Christmas,” Batman apprehends someone who looks exactly like him. In the story, he wants to help the guy. He even says a now very problematic line, “An ex-convict who goes straight deserves a chance at happiness! Especially when he looks just like me!”

At first, I thought this didn’t mean much, but then there was something familiar about this PSA about fire safety. The villain of this story, an arsonist named Match, never appeared in DC Comics again. However, Batman does have another arsonist supervillain…

Could The Batman End Credits Scene Suggest a Minor Villain Getting the Spotlight? 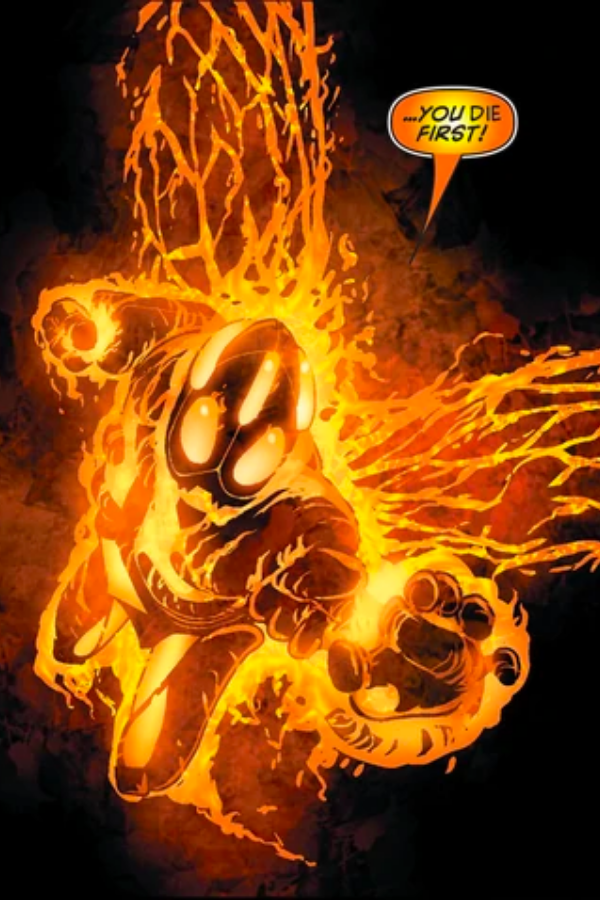 Batman has a lot of villains. I know. I counted. It’s not always easy to tell an exact order, but in one character kept popping up as the #45 villain, or close to it: Firefly. The pyromaniac has had several incarnations, most notably Ted Carso and Garfield Lynns. Remember how they said Wayne Manor burned down, well…it wasn’t Firefly. Before the Batman reveals the true arsonist, so we’ll save that for another day.

But thematically, Firefly works as a follow-up villain – the Bible says so. Let’s look at some important elements of The Batman leading up to the ambiguous end credits scene. The movie begins with Ave Maria (Hail Mary), playing over the Batman title card. You’ve heard this song in dozens of movies, but The Batman might be the first one to use it as a riddle for the audiences. Only fitting, right? Why use, several times throughout the movie, such a Christian-influenced song? It’s almost like Reeves is trying to tell us something.

This brings us to the end of the movie, when Riddler’s full plan plays out. His punishment of Gotham is downright biblical. He floods the city, knocking out the seawalls. In fact, Ave Maria is playing when they show the bombs going off. Of course, the first apocalypse of the Bible was a worldwide flood that killed all but a handful of people. After seeing that it didn’t work and that Noah was still a sinner like the billions of people God had just killed, he promised he would never destroy the Earth again. With water. Next time, it will be, if you see where we’re going with this…

What do you think all the clues in The Batman post credits scene riddle points to?

Consequently, 45 can mean nothing and the website is really that slow at loading. But this wouldn’t be a Riddler movie if we didn’t try. And this is all just from the end credit scene from The Batman. We didn’t even mention that green substance he injected himself with.