Jurassic World isn’t coming out for a few years, but for now, Colin Trevorrow gives us a great short film to get us pre-excited. Battle at Big Rock takes place just one year after Jurassic World: Fallen Kingdom, and people are just starting to get used to a world where dinosaurs walk among them. The short film shows us what a truly Jurassic World could look like, and it’s everything you would want in eight minutes of dinosaur action.

Oh, Hello, Spielberg. We Missed You! 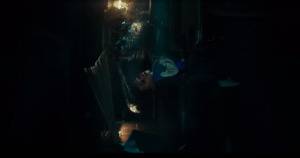 Stephen Spielberg didn’t direct Jurassic World: Battle at Big Rock, but the short film has his stamp all over it. From the everyday family and kids, to the way we see the first dinosaurs, a triceratops and her adorable cub, to the arrival of an Allosaurus (like a T-Rex but shorter and better arms), and the newly mixed family fighting to stay alive. Jurassic World and Fallen Kingdom have nowhere near the level of Spielberg-style that this short film has. The reveal scene at the end is so Spielbergian, it’s like he wrote it himself.

Stay for the End Credits

Sure, it’s a short film, but Jurassic World: Battle at Big Rock has some spectacular in-credit scenes of the “home footage” variety. After an intense few minutes (a baby is almost Dino-food), these are a nice light way to leave audiences still wanting more. 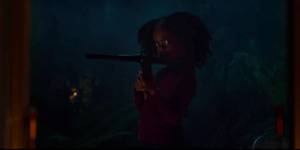 One isn’t enough. Trevorrow let the cat out the bag. Jurassic World 3 isn’t coming out until June 11th, 2021. It’s hard to keep the momentum up when there is that long of a gap between films. But one or two or dozen before the next movie comes out would work even better than trailers. If anything, they released Battle at Big Rock too soon. But a short film every six months or so? Yeah, that could work. Have the last short film debut right before the trailer for Jurassic World 3: (insert future subtitle here).