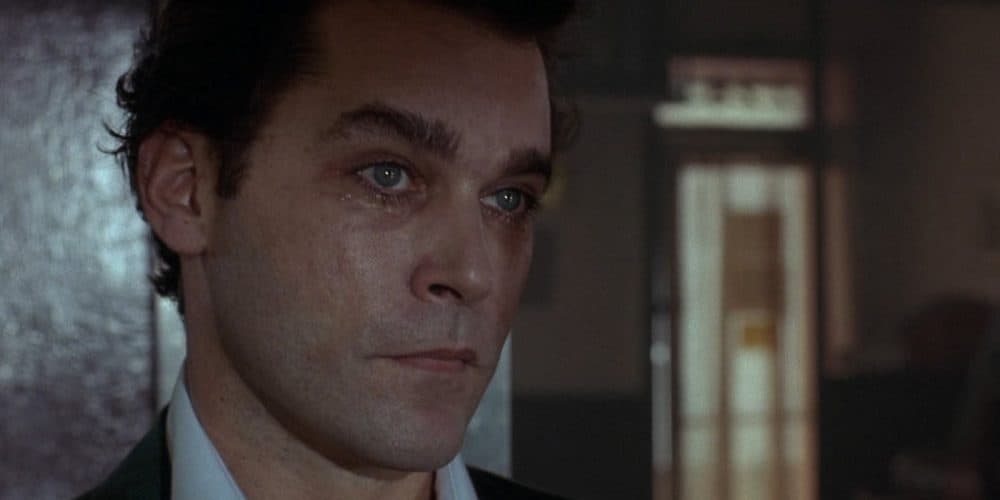 Social distancing has me scouring my streaming services for some classics. I figured why not take the next couple weeks to revisit some favorite movies, games, and TV shows and really pin down what makes them so special. One movie is really hitting me hard, years after seeing it for the first time. In this Goodfellas Retro Review, I want to go over why it’s likely Scorsese’s best film, for reasons obvious and deeply layered.

Does Goodfellas Deserve a Retro Review? 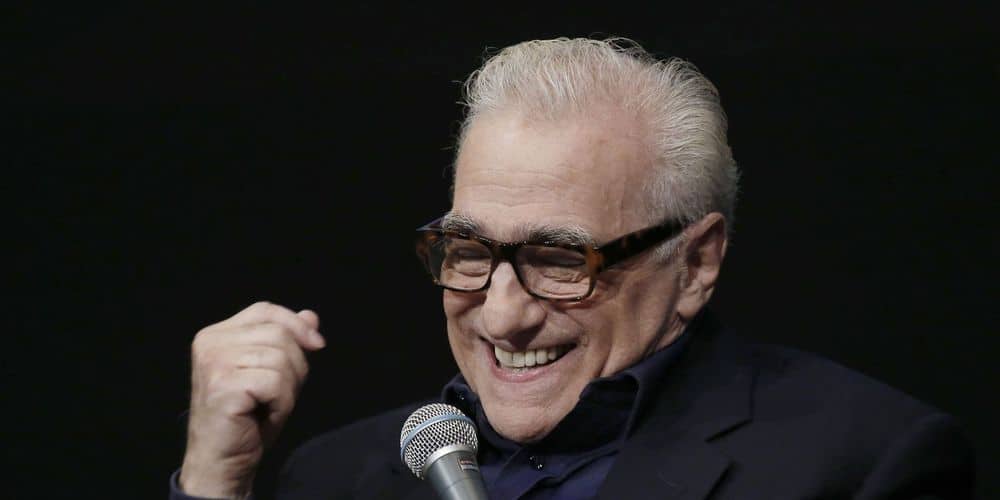 I had some hesitation in writing this piece, mostly because of the prevalence of Scorsese adoration online. There’s nothing particularly interesting about a white guy in his mid-20s writing about liking Goodfellas. Like, welcome to the club; come join every other white male who writes on pop culture. Here’s the thing: Goodfellas isn’t a particularly interesting mob movie. Yes, we enjoy some really great scenes and accentuated stereotypes that help to propel the film’s “wise guy” trope to new heights. I think more so than other Scorsese films, Goodfellas encapsulates the tone of a mob movie most effectively. That’s not the point, at least in my eyes.

There’s a brief moment right before Henry’s finally busted where he talks about how seeing cops made him feel more at ease than seeing one of the Wise Guys because it meant he didn’t have to die. There’s a peaceful look on his face like it’s not all over as long as he’s alive. But, as he talks about after entering witness protection, it’s not enough to be alive. The film’s primary vehicle for its characters is the concept of loyalty. It’s not some theme buried behind layers of plot and consideration. Loyalty isn’t the point though; it’s the human desire to defy expectations and feel free.

The Theme of Freedom in Goodfellas – Retro Review

For a movie that focuses so much on death and prison, freedom is the uniting factor behind every character’s individual motives. Henry immediately discovers his distaste for limitations when his father beats him for skipping school. He goes to the Wise Guys across the street to alleviate this contradiction in his head. It seems juvenile; a kid doesn’t want to go to school so he rebels. Not necessarily groundbreaking, but then we see from each and every character that rebelling for freedom isn’t done out of youthful ignorance. It’s a need and a fear for all humans. We hate feeling trapped, coerced, limited, and altogether ordered around.

Interestingly enough, working with the Wise Guys isn’t necessarily a job oozing in freedom. Sure, you feel a sense of freedom from the law, and from troubles that might bother a normal citizen. Plus, money is a great way to gain freedom; capitalism inherently holds poor workers down while others rise. However, we see our three central characters, Henry, Tommy, and Jimmy, slowly but surely push back against Paulie, their leader, and the concept of falling in line. Each of these four characters establishes a core element to freedom within a system. 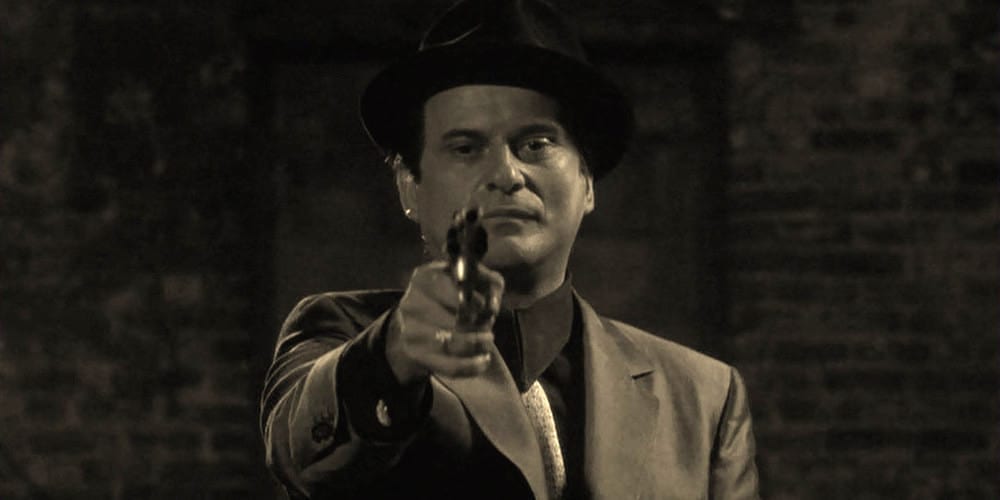 For Tommy, his upbringing isn’t unlike Henry’s; they’re both juveniles on the edge of either burning out or doing something truly great. Not great like college or a stable job, but great in knowing when to use their edge to get things done. Tommy, being fully Italian, is the only one who has a chance to be “made.” We see, however, he constantly breaks when his freedom is challenged. He shoots a kid in the foot for defying his orders in front of the Guys. He berates waiters for talking about the bill in front of his friends. For Tommy, autonomy within the system is crucial to his self-image. When challenged, he’ll do whatever he needs to do in order to get back his freedom.

When he finally kills Billy Batts, a “made” man of another crew, it’s gone too far. You don’t kill other made men. Still, being insulted by Batts in front of his friends and a date is a line Tommy cannot allow others to cross. Let them step on you once, and they’ll know they can get away with it. Tommy dies by that mantra, crushing Jimmy’s hopes of seeing one of his boys becoming something truly great.

Jimmy’s Near Success to Achieve Freedom 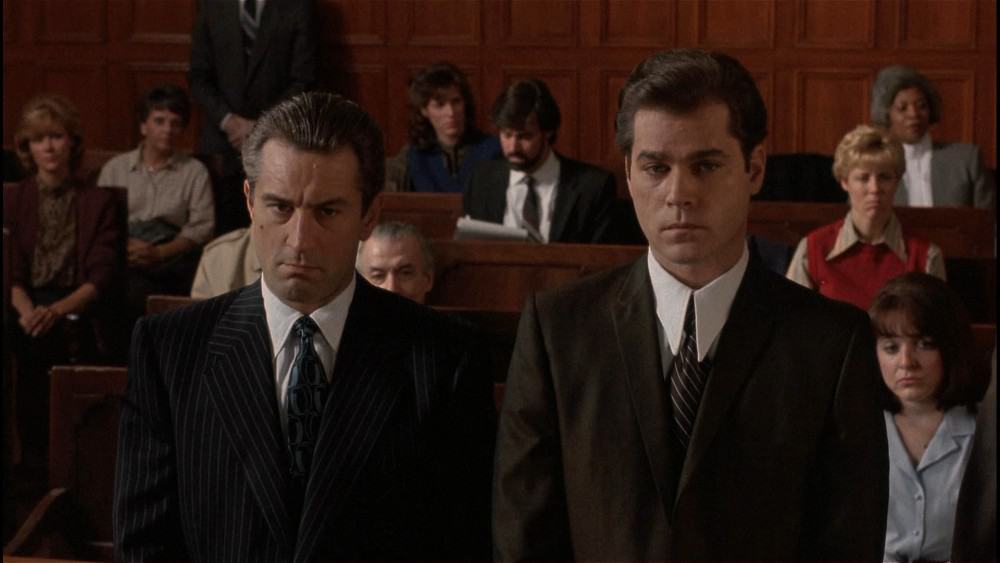 Jimmy is a bit older, and sort of runs things for Tommy and Henry’s side gig in cocaine trafficking. He also has quite a bit of responsibility under Paulie and is certainly seen as a leader. Yet, as an Irishman, he can’t be “made.” So, Jimmy finds ways to gain as many holds over various sources of income as possible. He goes in on the cocaine with Henry and works in a lot of other endeavors to keep his status as high as possible. Yet, he can’t fully become free because he’s not recognized as a full Italian.

So, Jimmy has options. He can continue to uphold his quasi-power status and know that’s all he can have. Unfortunately, Henry’s troubles are going to likely cause trouble for him, so he attempts to not only send Henry on a suicide mission but also tries to wack his wife, Karen. In the end, it’s his only card to play. He’s trapped and stuck in this position of power that’s limited won’t ever offer some better alternative. Unfortunately for him, Henry’s chance at freedom gets Jimmy jail time for life. 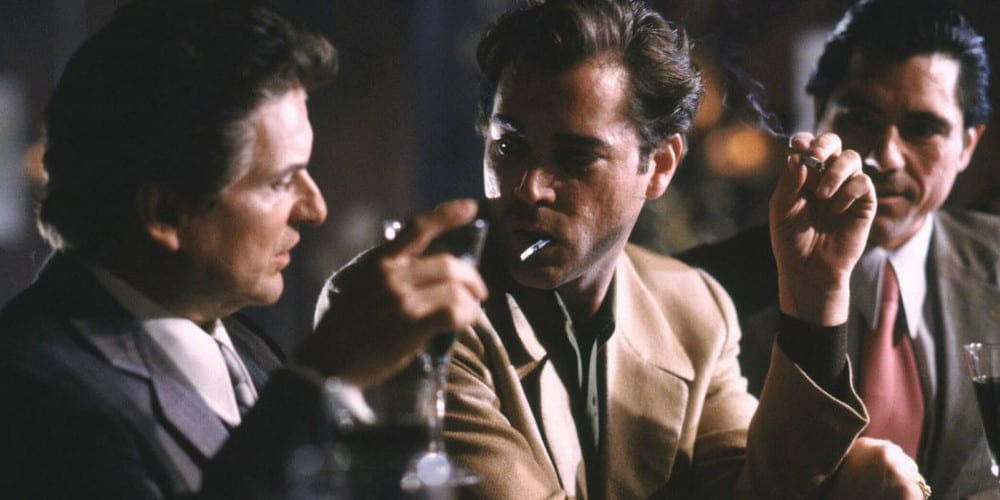 It’s not like Henry necessarily loses in this movie. He gets to enter witness protection, keep his family alive (even if he splits from Karen once the credits roll) and burns bridges that could end up burning him later on. He turns in Paulie and Jimmy, even after Paulie gives him money after it’s all falling apart. No matter what people give Henry, nobody gives him the freedom he needs. He constantly owes other people things. Paulie goes so far as to tell him not to do certain deals. That’s unacceptable, especially when there’s so much money to be made.

Henry gambles on the cocaine deal in Pittsburg and suffers the consequences of a bad bet. With one final card to play, he turns in his friends who were slowly turning on him and his desire for freedom. Really, it’s a matter of life and death. As much as the Wise Guys stand together, we see a constant theme: betrayal is par for the course. Tommy gets killed for not following the rules, and Henry was next. As hard as it is to see Henry turn in Paulie, his father figure from the beginning, it’s his only chance for freedom. He’s miserable in witness protection, but he’s free.

It’s not every day you remember how much you enjoy a movie. Some films we return to out of comfort, or fond memories. I didn’t see Goodfellas until college, and I remember thinking at the end of how little freedom I was about to have. You get a job, you work for a wage, and you do that over and over. The appeal of freedom through the Wise Guys made sense for Henry, and I think we can irrationally understand that. Still, the mess that follows his many illegal and ill-advised decisions shows how little freedom anyone has when rebelling against a system.

Systems function with or without various cogs who try to push back. In the end, they’ll break. Tommy’s death, Jimmy’s incarceration, and Henry’s melding into the normal working world are all forms of breaking. After a few years, Henry might wish he ended up like one of his friends.

If you liked the Goodfellas Retro Review, then you’re in luck! We do a lot of looks-back at some of our favorites here, including Megan’s killer review of Ghostbusters. Let us know if there’s a movie or game you want to see us do a retro review for in the comments! Thanks for reading Comic Years for all things gaming, comics, and pop culture.