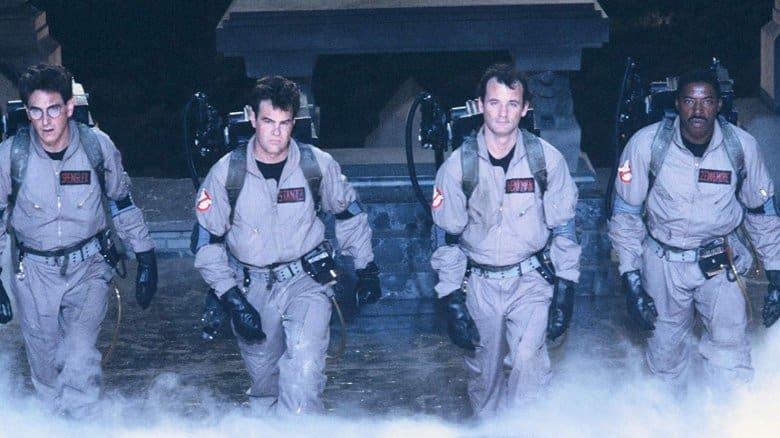 Somehow, Ghostbusters was always just one of those old classic movies that I’d never gotten around to seeing. I’d heard the theme song, and watched the film be parodied in a variety of cultural pieces. I just never got around to it. But don’t worry, I didn’t bother watching the 2016 reboot, either. Though, since there’s an upcoming direct sequel, Ghostbusters: Afterlife coming out later this year, I figured it was time. So, here’s our retro review of Ghostbusters, where we take a look at whether or not the film still holds up (spoiler alert: it does), and why it’s such a fun film to watch over and over again.

Ghostbusters Retro Review – Making Us Want To Bust Ghosts Since 1984

Based on what I’d learned through cultural osmosis, I had an idea of what genre Ghostbusters was. Though, I still wasn’t sure what to expect. Fortunately, the film doesn’t really care about the idea of genres and thrives because of this. The eerie score at the beginning hints at pieces of horror. The later music makes you feel like it’s a fun, upbeat journey. The interactions between characters show some real friendship. And, oh yeah, there are ghosts.  So, what exactly is Ghostbusters?

Ghostbusters manages to be fun and campy without being too cheesy. Most spooky or supernatural movies seem to delight in cheap thrills with some humor sprinkled in. This film manages to get away from those expectations by trusting in its characters and the script. So, we get to sit back and enjoy the ride, instead of being made to feel like we should be expecting something different. And when I say that we get to trust the characters, it’s all because of the timeless and witty humor that they have us loving throughout.

Ghostbusters Is Full Of Fun, And It’s All Thanks To Bill Murray

Bill Murray is … a bit of an oddball. He’s done everything from being funny on Saturday Night Live to being depressing and serious in Lost in Translation. His role as lead Ghostbuster Peter Venkman perfectly uses his odd skillset and range. Venkman’s dry humor and deadpan delivery feel true to the character’s situation, and we’re able to develop a connection with him because of it. He’s fun, melancholic, and witty all at once. He’s not out to be a hero, but watching him become one makes us want to fight ghosts, too. Murray seems to thrive the most when he’s having fun, and Ghostbusters looks like the most fun he’s ever had.

While Bill Murray is easily the most memorable Ghostbuster, the rest of the gang are flawless in their camaraderie. Watching the gang set up an entire business after being pushed out from Columbia University feels both funny and real. None of us may be trying to fight ghosts, but the feeling of working hard with little hope is somewhere that most of us have been. We’re not just rooting for their characters, but we’re rooting for success in their careers. 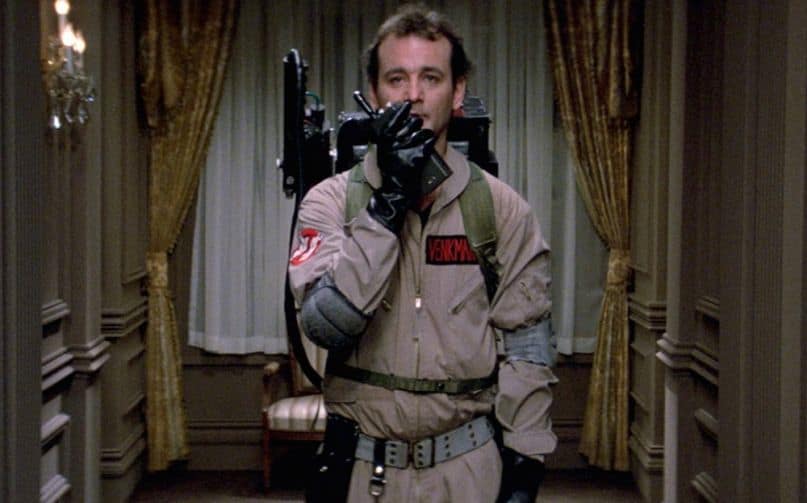 Despite being about chasing ghosts, Ghostbusters isn’t really all about the ghosts. When movies are made about paranormal activity, you usually expect that activity to be a surprise. But nobody really seems that disturbed that ghosts are a thing. Venkman barely flinches when he realizes that his love interest has been possessed by a paranormal creature. The hotel manager seems more concerned with guest disruption than the possibility of ghouls. The incredible lack of concern for ghosts is yet another way that the film subverts expectations and changes things up within the genre.

Though the film may not be what you’d expect from a supernatural film, it’s still fun for fans of the genre. Approaching the concept from the perspective of a group of scientists is an enjoyable angle. It’s never about whether the science would work in real life, and instead just goes along with the wacky concepts that they’ve come up with. The exterminator suits are an especially nice touch. It’s like they just wanted to wear fun outfits while on the job, and figured that nobody would question them.

The Future Of Ghostbusters

This funky little film launched an entire franchise of board games, television shows, sequels, reboots, and attractions. Though the 2016 reboot failed miserably, it wasn’t that the franchise is not being desired anymore. The original just needs to be respected for anything new to come from it. Fans have high expectations, and it’s clear that it’s impossible to re-create the same fun of the first film.

The next feature film in the franchise will be Ghostbusters: Afterlife and is set for release on July 10th, 2020. Jason Reitman is directing, with Paul Rudd and Finn Wolfhard amongst the stars. Based on the trailer, the film is clearly going for a different tone than the original. The scope looks larger, and the ghosts itself look like they might be given more attention. While it looks like it’ll learn more towards spooky and supernatural, the charming humor might just be recaptured.

Who Are We Gonna Call? Yep, Ghostbusters!

I don’t think people will ever stop watching Ghostbusters. Yeah, the CGI is incredibly outdated. But we don’t love this movie for its advanced cinematic techniques. The visuals can’t be the defining factor in whether an old movie is good, nor should it be. Sure, Ghostbusters may look old, but it manages to not feel old. The unique humor still works. In fact, I’d argue that it works better now. Comedy has become so performative, that the simplicity of this film’s funniness is charming.

Readers, when was the last time that you watched Ghostbusters? Do you think it’s earned its spot amongst the most memorable and fun films out there?