After Man of Steel came out to a controversial response from fans, it seemed that all those looking at the burgeoning DC Extended Universe expected it to fail. You can’t really blame them, since Warner Bros. tried to do in a single movie what it took Marvel Studios years to pull off. However, the grim take on superheroes was interesting and, arguably, a necessary counterbalance to the MCU’s bright whimsy. Well, a new rumor says that time is over. Apparently, The Flash movie erases the DCEU by its finish, meaning that the Zack Snyder version of the Justice League never united. It also claims that Ezra Miller’s Flash undoes the key moment in this universe: when Superman kills Zod.

We know that this movie directed by Andy Muschietti is breaking through the DC Multiverse. Not only is Ben Affleck back for what is likely his last outing as Batman, but the OG from Tim Burton’s Batman, Michael Keaton is returning as well. So, all sorts of alternate takes on the DC worlds we know (and some we don’t) are likely to be seen. Also, as the Crisis on Infinite Earths CW event showed, you can’t really destroy the multiverse. Things may change, but they all still happened and some version of them always exists out in the infinite.

Yet, in defense of the rumor, this would not be the first time DC Comics used a Flash-based multiverse event to “clean up” a problematic continuity. The original Crisis On Infinite Earths comic crossover was designed to do just that! Yet, in this more accepting age of nostalgia and variations on franchises, it’s much more common to say: It all happened. And that’s probably what’s going on here.

How The Flash Movie Erases the DCEU According to the Rumor Even if we don’t report on them, we love the leaks and rumors and spoilers that are out there on the internet. Variations on this leak have been circulating since Affleck and Keaton were both confirmed after FanDome. Essentially, the events of the Flash build on Zack Snyder’s Justice League where he breaks through into the speedforce and is able to travel through time. He either stars or ends the film by trying to erase all the bad things that happened to his friends. Barry saves Steve Trevor. He stops Robin from dying (but doesn’t save Bruce’s parents?). He warns Superman about Zod so the Battle of Metropolis never takes place, and Zod isn’t killed. Thus, there is no body to turn into Doomsday nor activate the Mother Boxes. The result of these “What did you do, Barry?” shenanigans is that the DCEU Justice League never forms.

So, if everything in this rumor happens, it is fair to say that The Flash movie erases the DCEU, including the Justice League and all the characterization that comes from Zack Snyder. Even to those of us who aren’t convinced that DC Films is out “to get” the Snyderverse and its fans (they aren’t, they want your money, too) that feels like a colossally stupid decision. Warner Bros. has made bad DC Films decisions in the past, but they’ve already embraced the idea of the multiverse that says “it’s all canon.” However, it does feel possible and almost likely that there will be tweaks made.

However, even if it’s all true, it still doesn’t mean that the DCEU Justice League is erased. The movies still exist, and always will. It just means that the future of DC Films is fully removed from what the DCEU was.

Perhaps, like in the comics and the CW series, the result of this event will be that some branches of the multiverse collide. Characters from one universe could end up in another. Maybe the version of Ezra Miller’s Barry Allen in this film is NOT the one from the DCEU? (We know there’s a scene with what looks like two Miller versions of Barry.) Still, this is a great chance to introduce new continuities and tweak existing ones to better match their plans for the future.

Yet, the idea that The Flash movie erases the DCEU completely feels preposterous. With the success of Spider-Man: No Way Home, it seems that it’s never been clearer that fans can accept multiple versions of the same character. They’ve also been accepting superhero universes that are not connected up until the dawn of the Marvel Cinematic Universe. The undoing of the continuity of more than a half-dozen movies while using actors from that continuity feels like a self-inflicted personal insult on top of the financial injury.

It seems very unlikely that Zack Snyder will get to finish his multi-film vision of the DCEU in live-action. (I feel like there might be an argument to be made for a series of animated films akin to Into the Spider-Verse in terms of budget/quality.) It is also very possible that The Flash movie exists to put a capstone on the DCEU, as DC Films erases it only from the upcoming production schedule.

It’s obvious that The Flash Movie is going to change some things in the DCEU, but no way it erases it completely. This sounds like a mixture of guessing and taking a report of changes and putting an extremely negative twist on it.

What DC Films Employees Have to Say About This Rumor 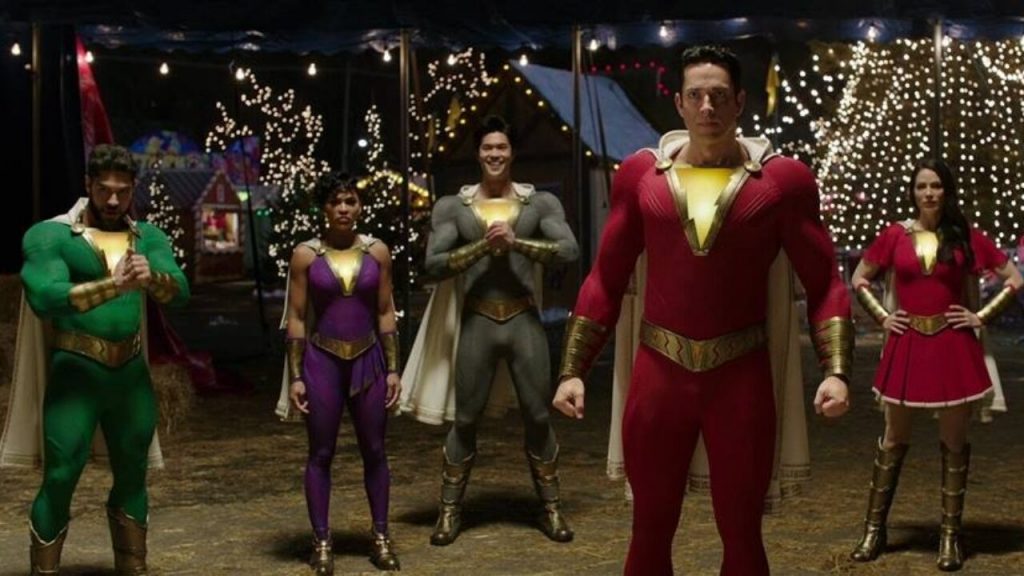 As these comic book film universes expand, it means that there are more people out there with information. Some of them, however, lack Kevin Feige’s ability to confirm or deny nothing. One aspect of the latest rumor says that Shazam will join the “new” Justice League. Director of those films David F. Sandberg replied sarcastically on Twitter, suggesting this was news to him. He then went on to say he knows a bit about the movie but hasn’t read the script and thus “anything is possible.”

Shazam is joining the Justice League? 2022 starting out with some great news! pic.twitter.com/yqdouOSiSc

On the DCEU leaks reddit, a screenshot of a private message exchange with Ezra Miller flatly debunks it. “No power or force in any known megaverse would or could ever erase Zack Snyder’s mighty” works, he wrote. If this message is authentic, that should put the rumor to bed for good.

Ultimately, what this controversy boils down to is not if The Flash movie erases Zack Snyder’s Justice League and the rest of the DCEU. Fans are angry that, despite the response to the HBO Max release of the director’s cut of Justice League, Warner Bros. is not continuing the universe. Getting the finished movie was always a longshot, but less so than this. Still, as Sandberg said, anything is possible. Of course, that means if the DCEU is irrevocably changed at the end of this Flash story, the Snyderverse could still return in the future in one shape or another.

The Flash movie erases the DCEU (probably not) in theaters on November 4, 2022.

What do you think? Share your thoughts, reactions, theories, and pitches for the DC multiverse in the comments below.