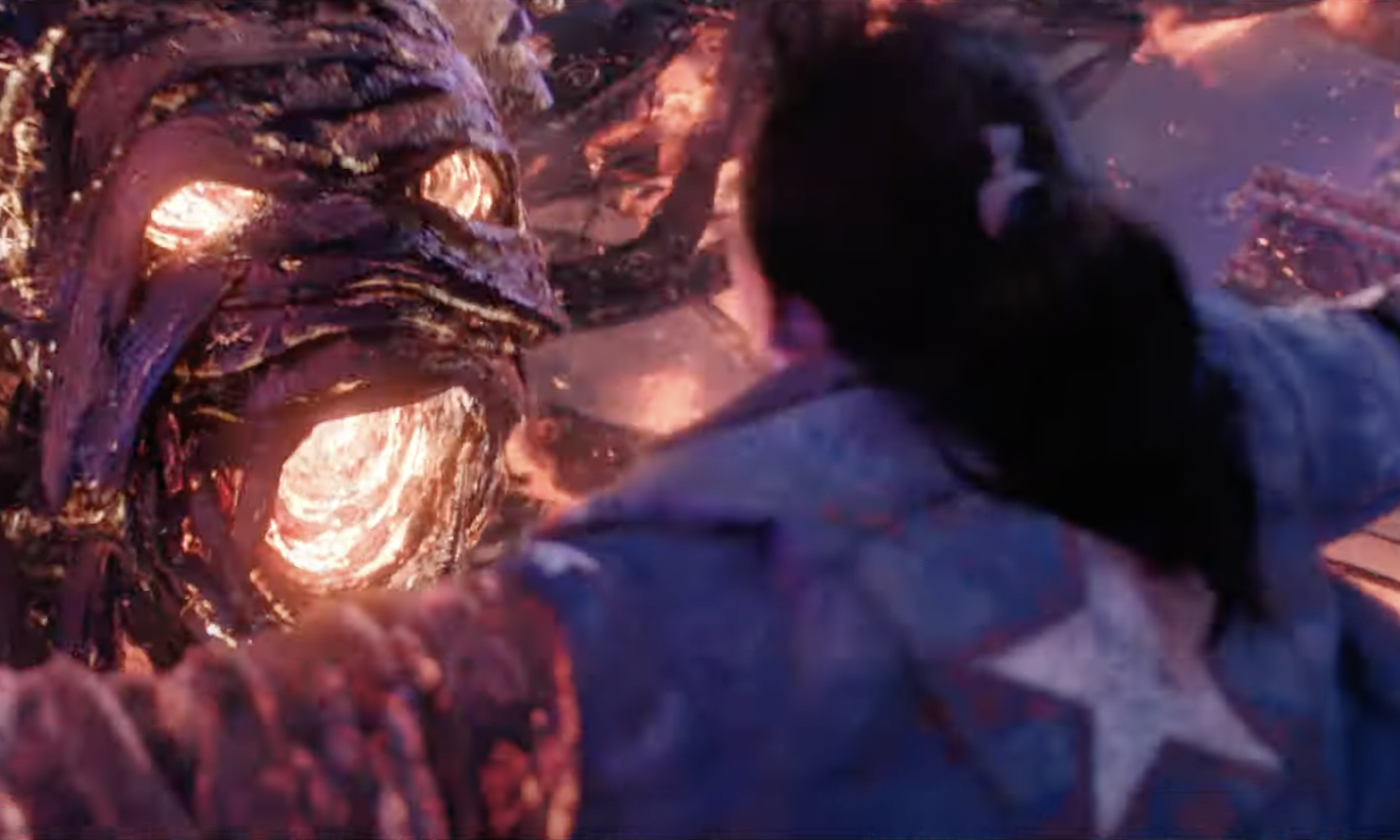 The Super Bowl is one of the best yearly events in America – for film lovers. Forget the game. Every year, studios drop some major trailers for us to obsess over, in between footage of grown men inflicting brain damage on each other over a defectively shaped ball. There were a few good ones this year, but the Super Bowl trailer that stole the night was, by far, Doctor Strange in the Multiverse of Madness. There is a lot to talk about, but here are the three most significant moments.

The Doctor Strange in the Multiverse of Madness Super Bowl Trailer Confirms, At Least, Professor X 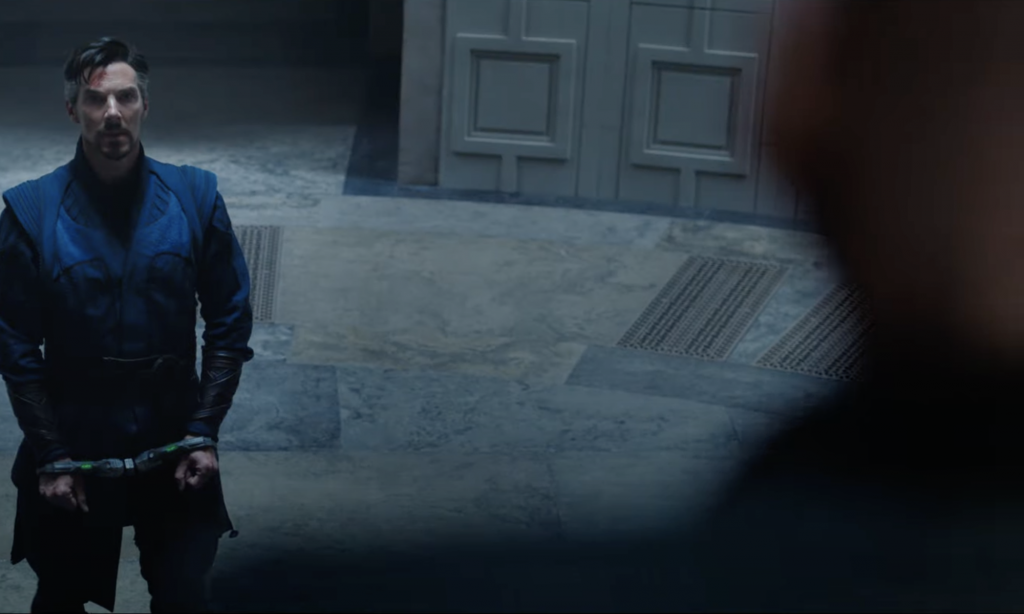 Let’s start with the moment we really want to discuss. A little after the halfway point in the Super Bowl trailer, we hear someone tell Doctor Strange, “we should tell him the truth.” Yes, that voice – and that sliver of a bald head – is the Patrick Stewart. Professor X. The merging that Marvel lied about in WandaVision is finally happening. But there’s a lot more happening in this scene than just Xavier appearing. In the room, we see six chairs all faced forward, reminiscent of a particular scene from Loki. But instead of robotic space lizards, we’re probably seeing the debut of the MCU’s Illuminati. Now, given that the concept art leaked exactly one year ago showed a bonkers scene of Ultron robots escorting Doctor Strange to Professor X, and this is indeed true, all rumors are viable now.

Tom Cruise as Tony Stark? He was attached to the character back in the pre-MCU days. Maybe. It looked like Superior Iron Man was flying around somewhere. Leonardo DiCaprio as Steve Rogers? Why not? John Krasinski as Reed Richards. Come on, Marvel, just let it happen already. Maybe we’ll see an alternate version of Black Widow played by Emily Blunt, as was Marvel’s first choice. Or Lawrence Fishburne could return to voice the Silver Surfer. Hell, maybe Terrance Howard will cameo as a variant of War Machine.

But the crème de la conjecture…will Hugh Jackman return as Wolverine? Let’s not get too far ahead of ourselves.

America Chavez has a Major Role in Multiverse of Madness 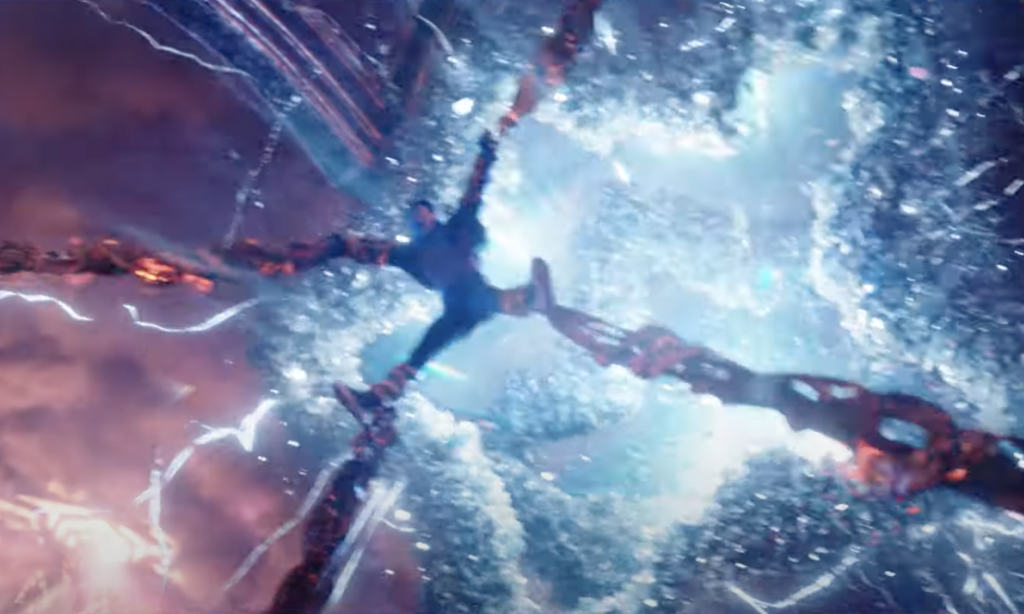 We knew that America Chavez would be one of the main characters in Doctor Strange, but the Super Bowl trailer shows that she is far more critical than previously hinted at. At the beginning of the trailer, we see the Young Avenger chained up and a monster forcing her to open portals to other dimensions. But, as disturbing as the image is, it’s fantastic that America’s portals are star-shaped, just like in the comics.

But it’s not just this scene. We see her periodically with Doctor Strange throughout the Superbowl trailer. She’s with him in a reality that appears to be crumbling apart. And again, in either the prehistoric past…or the Savage Land…falling and turning into cubes. She’s with him in New York fighting Shuma Gorath. So, while we have Scarlet Witch and Doctor Strange as our big heroes, it looks like Chavez will be just as important.

There’s a lot in this trailer. And, like many superhero movie trailers, things go by very quickly. But there is one scene in particular that already has fans divided. Three-quarters of the way through, someone – or something – attacks Wanda. Now, this character is glowing with all sorts of crazy energy. Some viewers think that this might be Captain Marvel or a variant of her. Others believe that this might be a variant of Iron Man. But there are two other strong possibilities.

First, if this is an Iron Man suit, it might not be Iron Man but the Iron Mage. If you aren’t familiar with Gerry Duggan’s Savage Avengers run, you missed one of Stephen Strange’s most badass moments. As he teams up with Conan the Barbarian and Doctor Doom (yes – this happened), Doom lends Strange his Invincible Iron Man armor. Thus, the Iron Mage was born. We almost saw this in Avengers: Infinity War. Some behind-the-scenes footage from the Infinity films supposedly showed Benedict Cumberbatch wearing Tony’s armor (and Tony wearing Strange’s cape of levitation). So, this could be one possibility. But let’s look at a very hard-to-capture moment in the trailer: 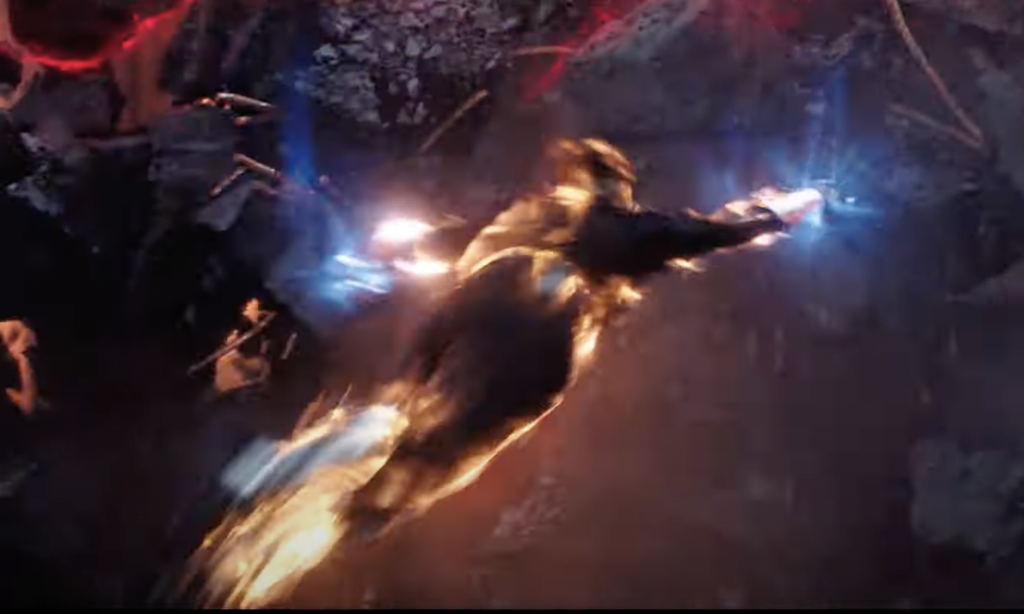 That doesn’t look like Captain Marvel or any version of Iron Man. Instead, it looks like Nova (another character meant to appear in Avengers: Infinity War). The power set and even the look of the attire match Nova almost perfectly. Some on the Comic Years team think it could be a juiced-up Superior Iron Man or maybe a Monica Rambeau in an alt-universe Captain Marvel outfit. But we’ll have to wait to find out for certain. In the meantime, we’ll be busy analyzing every frame of the Doctor Strange Super Bowl Trailer.

Doctor Strange in the Multiverse of Madness Opens May 6th, 2022.

What did you think of the official Super Bowl trailer for Doctor Strange In the Multiverse of Madness? Are you hyped for the return of Patrick Stewart as Professor X? Also, if they are doing an MCU Illuminati, which characters do you think will be a part of it? Share your reactions, thoughts, and wildest theories in the comments below.