Home » Movies » Brightburn Superman is Evil, but Not Evil Enough

Brightburn Superman is Evil, but Not Evil Enough 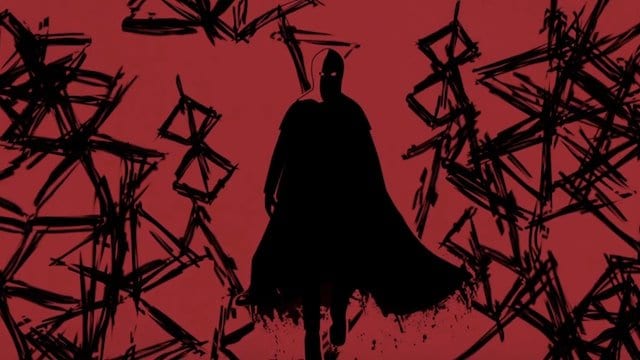 Brightburn Superman has an interesting premise—what if Superman, as a boy, turned evil. Sound terrifying, right? A kid with super strength, laser eyes, freezing breath, and flight who is a sociopathic murderer? Yeah, that town is going to be destroyed in a matter of…

While Brightburn definitely has its moments, it never comes close to living up to the evil Superman idea. We see the boy, Brandon Breyer, commit some pretty gruesome and crazy murders, but for a story like this, we don’t see enough. Maybe they are saving it for a sequel, but that’s always risky (Alita: Battle Angel had a similar problem). We’re teased with awesomeness but that’s it. We don’t get the full scale of what he’s capable of, just hints. And, since we know what Superman is capable of, whether as a teen in Smallville or as an adult in Man of Steel, not seeing Brandon go big is disappointing.

But, while the writing may be off, the Brightburn does deliver in many areas, and when it keeps the Superman trope in mind, it really pays off. It would be easy to see the movie as a critique of superhero films, but I don’t think that’s what we’re seeing. Instead, Brightburn is kind of a bizarre love letter to Superman and superheroes (film or comics). We get the Smallville like setting, the alien spaceship locked in a barn, the loving parents who just wanted a child, etc. However, the design crew took some of the best elements of Man of Steel to twist for the movie. If it were a criticism, they would have taken the worst (like when Ozymandias in the Watchmen movies has nipples on his rubber suit, mocking the design choices Batman & Robin). For instance, here is Brandon’s mask in Brightburn:

And here is General Zod and his minions in Man of Steel:

In fact, though Brightburn sells itself as a “what if Superman were evil” story, it’s really a “what if Zod fell to Earth instead?” That love letter? Oh, it’s for the supervillains who have kind of been forgotten for the last few years. We’ve had Thanos, Loki, Vulture, Joker (Heath Ledger…and maybe Joaquin Phoenix if we’re lucky). But most villains have been on the bland side even when the movies are great (Hello Ronan the Accuser). And the spaceship that Brandon arrives in is deliciously evil-looking:

And the evil-meta doesn’t stop there. There’s a lot of nuggets, but the best one in Brightburn is having “Superman” pulls a “women in refrigerators” murder by literally killing a woman in a refrigerator.

The movie also does well with cinematography. Some of Brightburn’s renditions of Superman scenes (from any movie) are better than the actual Superman scenes. When he flies for the first time, you want to cheer for this sadistic 12-year-old. The quintessential “Superman flies someone up beyond the clouds” moment has a beautiful quality that almost doesn’t fit in this movie—but it does because of the moment right after.

Also, the few people Brandon does kill, he kills in pretty memorable ways. The movie doesn’t have a lot of gore, but when it does, it’s used really well. I’m not a fan of jump scares or over-the-top gore (it feels boring), but done just enough, it pulls me in. We get to see what Brandon is capable of because of it (even if we never see him reach his potential).

The Kids Are All Right

The acting is a bit problematic too. Usually, in a film like this, it’s the kids who would have trouble selling their roles. But here, it’s the opposite. The big star in Brightburn is, of course, our evil pre-teen Superman played by Jackson A. Dunn. The kid delivers. He plays the normal teenage boy, before discovering his powers, really well. And when he goes evil, his quietness makes it more believable. The other kid is Emmie Hunter, who plays the Caitlyn, a girl that Brandon has a crush on (and then crushes her hand). If you watched this, or plan to, and it felt like they were building Emmie up to be really important, you aren’t wrong. But despite being a really important character for the first two-thirds of the movie, she just kind of disappears—another problem with either the writing, editing, or directing.

The Parents? Not So Much…

The adults….meh. Elizabeth Banks is kind of annoying as Brandon’s mom, Tori. She has two notes as Tori: Doting mother or worried doting mother. Even when Brandon starts killing people she loves, Banks acts in a way where it seems that she supports her kid’s murderous behavior. Maybe that would have been an interesting twist, but it’s not. When Brandon mutilates Caitlyn’s hand, she defends him a little too much. I doubt there would be many parents who would argue with the other child’s mother over why her son is innocent, even as she acknowledges the incident. Sure, defensive, but Banks plays it as if it is somehow the other mom’s fault.

Similarly, David Denman has almost no range playing the father, Kyle. Where Banks had two notes, Denman has one: stoic. Kyle actually has a really interesting character arc, but you wouldn’t know it because Denman is so boring, it’s hard to even remember most of his scenes. It’s like he was trying to channel Kevin Costner in Man of Steel but had less emotional depth than the chickens Brandon kills.

Brightburn is a bit of a mixed bag. It’s enjoyable, but it’s not memorable and a great concept, but not a great story. It’s an interesting reversal on the superhero origin, but not strong enough not to rely on the connections. At the end of the day, though, it’s a fun movie, and for some reason, I want to see it again, if only to try catching more references and Easter eggs.

Next time, get a dog!

You know what the real difference is between Brandon Breyer and Clark Kent? Clark had a pet dog. Brandon had no pet at all. See what happens when you don’t give your kid a pet? Brandon could have been like this:

But instead, he turns into this:

Check out more reviews and movie news on our movie page!

Shows To Watch After Game Of Thrones Ends
Robert Pattinson Is The New Batman. Everything Is Going To Be Okay.