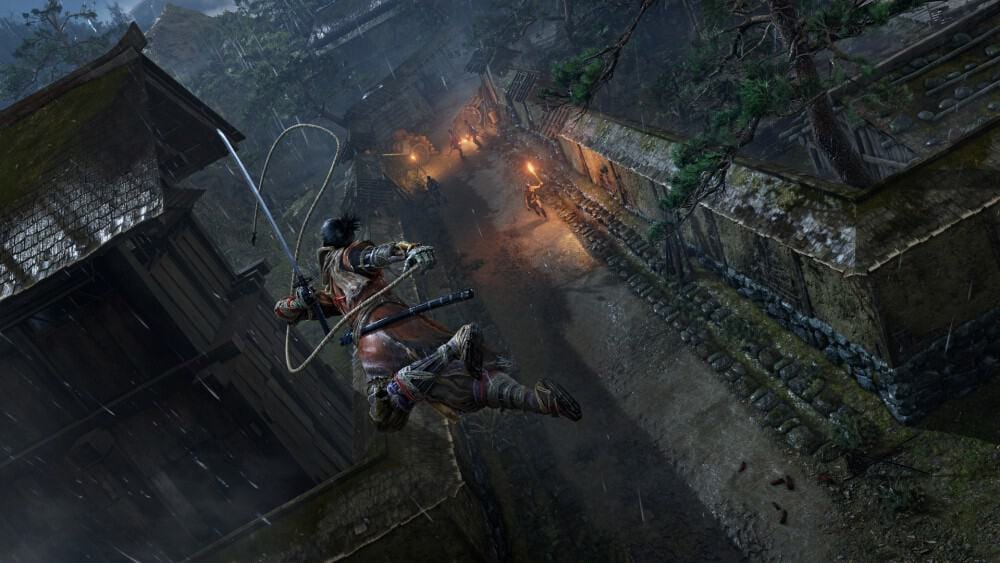 If you have spent time playing Sekiro: Shadows Die Twice, you die more than you live, or at least that is what is seems like. The game creates quite the experience through trials and difficult bosses. The game focuses on combat made from the developers, the infamous From Software. The end seems far away while playing, but once it is over, you cannot play it for the first time ever again. For that reason, let us take a look at some essential tips to make the experience more enjoyable.

Sekiro: Shadows Die Twice released for the Xbox One, PS4, and PC, and hopefully will be on the ps5 if we get a 2020 release date.  From Software is famous for the Dark Souls games, so you can imagine what this title is like. The difficulty curve is similar to the Dark Souls game, with the essential ability to respawn back to life in tough situations once a mission. The game stars Wolf, a Sengoku era shinobi, or ninja, who is out for revenge. Shinobi serve a lord or family, and Wolf’s lord was kidnapped. Not to mention, Wolf is almost killed as a child by warlord Isshin Ashina. As he is trained by Owl, a Shinobi of the family, Wolf grows up with one thing in his mind: revenge. The game is set in a beautiful feudal Japan. The graphics are fantastic, and look very realistic and historical.

Throughout the game, players fight bosses and enemies that seem larger than life. Without a doubt, the experience of playing this game causes stress and frustration. If you can make it through, the game’s ending is fantastic. Unfortunately, not everyone can get to the end. To do so, three things are necessary: patience, focus, and practice. The last involves a lot of dying, but practice is the easiest way to master the combat in Sekiro, and that’s where we begin.

Sekiro: Shadows Die Twice Tips – How to Get Better

There are a lot of things to keep in mind when playing the game, but the first involves a lot of trial and error.

Dying is a part of the game. Make no mistake, the mission is not to die. Rather, dying teaches lessons on how to improve. As frustrating as it is, dying makes you a better player in Sekiro: Shadows Die Twice. Taking the time to think about each death helps exponentially. Some deaths are just bad timing. Others, can be a move you forgot to use or even a pattern the enemy follows. While From Software makes games hard, they are not impossible. Learning from mistakes is important to mastering the game.

To practice, the best way is to not get frustrated. Enjoy the game, after all, playing is what makes the game so fun. In order to best learn from the game, die and die again. It seems silly, but it is the fastest and easiest way to learn the gameplay in and out.

Everyone plays games a certain way. Even if everyone who games played Sekiro, each player would have a different approach. It could not hurt to think about how you play video games. If you are a careful combat gamer, you are likely taking things easy. That is rewarded in this game, make no mistake. If you like to charge in and kill everything that moves, think again. This is not the game to play and fight blindly.

For new players who have no Dark Souls experience, this will be extra important. Learn the game’s mechanics as best as you can, and try each move out once. If you like to block more than you like to dodge, do not forget dodging. Each mechanic is in the game specifically to help you. Do not resist the abilities at your hand. Learn every move and do not forget to try to use it. Comfortable gaming is not the best way to play this series of tough games.

If you do not use Twitch to your advantage, you should start. Twitch and YouTube are great resources for tips. Other than this article, watching others play the game will help you the most when it comes to improving. There are a lot of talented, experience gamers out there. Especially if you have not played a Dark Souls game, learn from the best online.

There are a handful of streamers who show themselves playing the games. If you do not want to see spoilers, make sure to watch them play another similar game like Dark Souls One, Two, or Three. This will give you an idea for the combat approach but no spoilers.

The game is great to play, but even more fun to master. Taking time to use these tips can make the experience so much better. Read, and then get back into the game!

Upcoming Events for World of Warcraft
Retro Review : “Whatever Happened to the Caped Crusader?”