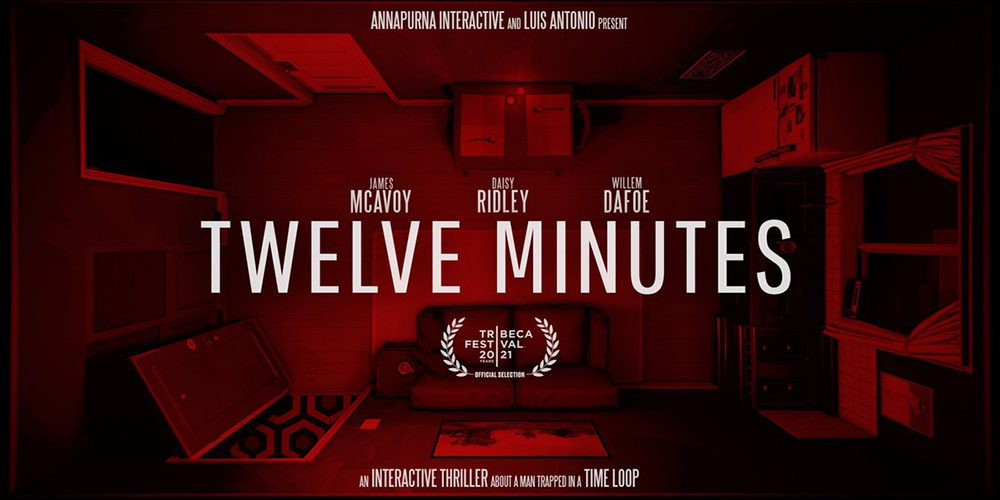 The legitimacy of video games for professional actors is no longer in question. Plenty of actors play roles in video games. It’s not necessarily new anymore but it’s still the outlier. For every big-budget game that features character-focused gameplay, we don’t often see actors star in these roles. It’s usually the more indie stuff where we see them participate. Well, we have another one of those titles coming out this week. James McAvoy and Daisy Ridley star in Twelve Minutes, a thriller with a seriously dark game trailer. Here’s a look ahead of this week’s release.

Get a Glimpse at Twelve Minutes in this New Game Trailer

Three huge names head the cast of Annapurna Interactive’s newest game, Twelve Minutes. James McAvoy and Daisy Ridley star along with Willem Dafoe in this thriller that looks quite unique. In the launch trailer, we get a look at the game’s unique camera and use of space. The title takes place from a top-down perspective. Players control the characters with an accessible click and drag interface for easy gameplay. The real gem here is the time-loop factor.

Essentially, a husband enjoying a romantic night with his wife when disaster strikes. We see some of this disaster play out in the Twelve Minutes game trailer. A police officer breaks in, accuses your wife of murder, and beats you to a pulp. What the hell is going on here? Well, every 12 minutes (wink, wink) time resets but you remember everything. It’s up to you to figure out why this is happening. McAvoy and Ridley star at the married couple and Dafoe as the police officer.

The publisher describes the game as a “blend of the dream-like tension of The Shining with the claustrophobia of Rear Window and the fragmented structure of Memento.” That’s quite the name drop of three iconic, fan-favorite films but Annapurna Interactive believes in this project from developer Luis Antonio. The Puerto Rican game dev previously worked for Rockstar Games and on the art team for 2016’s The Witness.

I’m super excited about trying this one out, and good news if you’re an Xbox Game Pass subscriber. The game arrives on August 19 for both Xbox Series X|S and PC if you have a subscription. The game looks great but if you play it, then we want to hear your take. Drop your first impression of the game from the trailer in the comments!

T’Challa Is A Much Better Star Lord In Final MCU Performance From Chadwick Boseman
The Voice Cast for Catwoman: Hunted Is Here and Better Than Expected