It goes without saying that Sony wins this round of the Console Wars. While some people hate to think of gaming, as a war, it sort of is. Most gamers are going to buy one console, meaning each major company does what it can to influence consumers to buy their brand. With insane exclusives and amazing games for the PS4, Sony wins this round. Microsoft and Nintendo are stepping up their game as well, but Sony probably feels good heading into 2020. To celebrate Sony’s past, present, and future, let’s talk about the best exclusive Sony series of all time.

It’s obvious that when the PS5 confirmed by Sony went official, it was time to get hyped over a new round of games. When it comes to exclusive games, Sony has some pretty memorable IPs, or intellectual properties, that they’ve developed over the years. Let’s countdown a few of the best exclusive Sony series, and hope we’ll see more of these games on the PS5!

Why start the list with a game series that debuted on the PS4? Well, if you’ve played Horizon: Zero Dawn, you know why. There are very few games that make this much of a splash their first time around. The game uses open world elements to depict a technologically advanced future, yet stone age-style present, thanks to a breakdown of modern civilization. It’s sort of scary, sort of exciting; you explore this planet that you somehow know, but can’t recognize at all.

Will we be seeing more of the Horizon: Zero Dawn world on the PS5? Probably. The game sold 7.6 million copies, and was full of incredible content. Even before the game released DLC content, it took around 30 hours to beat the base level, and another 30 hours to finish it 100%. There are a lot of things to love about Horizon: Zero Dawn, and with a more powerful console like the PS5, it probably has a bright future despite its relatively short run as a Sony series. 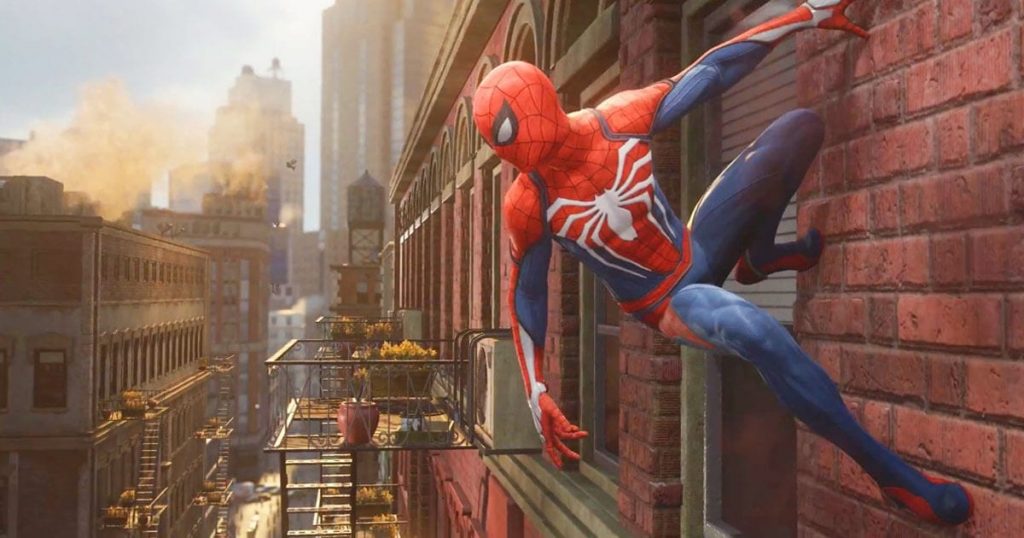 Like Horizon, it might seem weird to put a game with only one title on this list. That being said, have you played Spider-Man? Insomniac Games is now officially under the Sony Entertainment umbrella, and there are major plans to develop this game series further. The feeling of web slinging has been tried time and time again in video games. Plus, the tone of Spider-Man is so particular, some games either take it too seriously or not seriously enough. This game hits the nail on the head in so many ways.

From the graphics to the real depiction of NYC, Spider-Man is the superhero game to beat right now. Sure, an Avengers game is on the way, and we might see the return of Batman Arkham adventures, but for now? It’s all Spider-Man. For comic fans, just including a number of special suits from over the years is enough to make someone giddy. There is a lot of care going into this game, and we hope to see it develop further as time goes on. For now, let’s keep fingers crossed for a sequel on the PS5 sooner than later.

3) Ratchet and Clank – An Exclusive Series Worth a Killer Reboot

The best parts of Ratchet and Clank aren’t the graphics necessarily, or even the gameplay. All in all, the game is full of little charms that make it one of the most successful Sony series to date. With a future all but guaranteed for years to come, Ratchet and Clank has defied sales expectations since the days of the PS2. Overall, the game’s two-hero combo harkens back to other series like Banjo-Kazooe.

The only difference that sets Ratchet and Clank apart from others is its love for guns. That’s right: the charming cartoon style buddy platformer is all about the firepower. Weapons in Ratchet and Clank games are the main focus of all combat and storytelling. From over the top missile launchers to machine guns that are larger than the titular characters themselves, it’s all in good fun. With a successful reboot on the PS4, we hope there’s more to come from these two on the PS5. 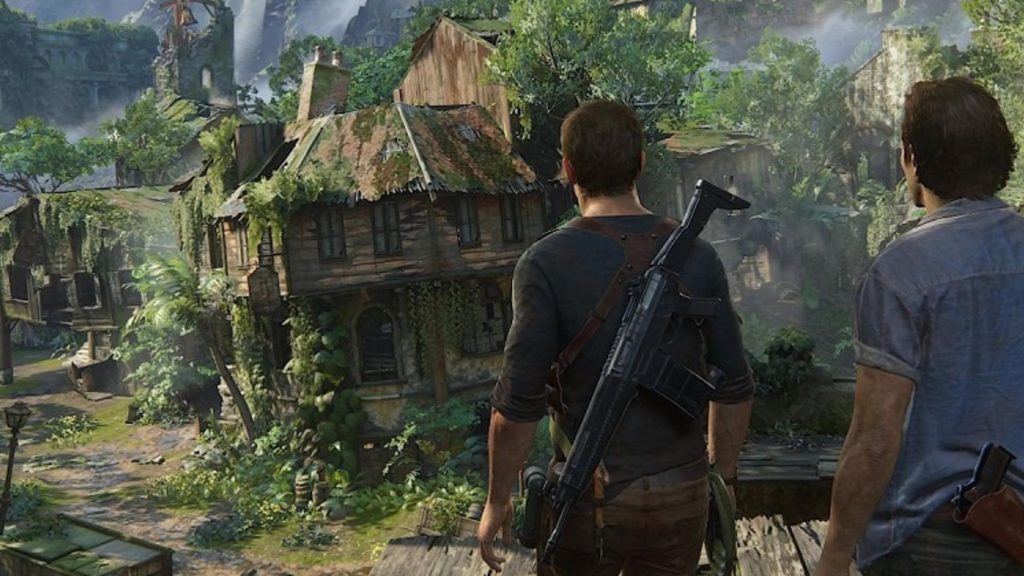 When you think of gaming in the 2000s and 2010s, Uncharted comes to mind immediately. It’s the reason a lot of people bought a PlayStation 3 or 4. Over four games, the series turned video games into something larger than ever before. It’s a lot of cutscenes, which is usually seen as a bad thing. So why is it so darn popular? Well, those cutscenes mean something, and if you’re the type to skip past them regularly, you don’t with these games. Video games are somewhat like movies in terms of entertainment. Of course, Uncharted is like the best movie you’ve ever seen, and better yet, you get to play a role in its story.

The visuals of Uncharted made their way to the other big Naughty Dog game, The Last of Us. It’s also being copied in terms of gameplay by plenty of other titles across consoles. In many cases, people who make action games now with some sort of cinematic experience involved turn to Uncharted as a guide. In a nice bundle pack, you can play all of these classic games for one price now. We’ll see if we see more of the game or things like it in the future on the PS5. 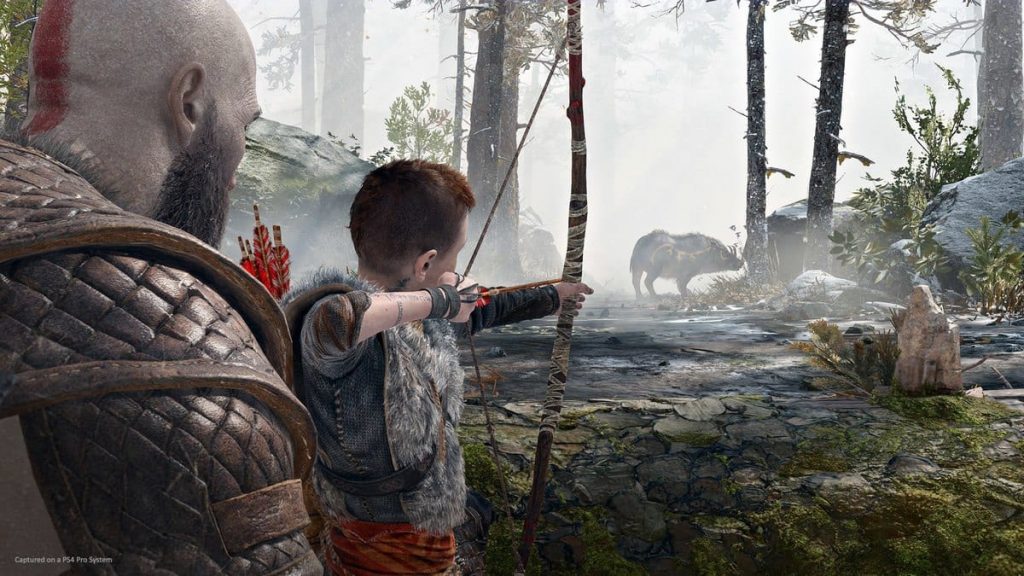 From its first games on the PS2 to now, God of War is unlike any other video game series from Sony. In terms of a pivot to a new form of gameplay and setting, the PS4 game might go down as the greatest reboot for a series of all time. While the characters stayed the same, the experience and thought put into the game are so meaningful. Kratos is a huge part of why Sony stayed relevant during the Xbox 360-dominated era of the late 2000s and early 2010s.

Something that makes God of War so impactful is its focus on storytelling. The trope of action coming at the sacrifice of meaningfulness is false in film and video games. Sure, beat-em-ups are a thing, but God of War isn’t just a button-mashing experience. It’s thoughtful in terms of how you fight, and what you feel while you’re doing it. For Sony games, nothing tops God of War over the years. More importantly, the future’s so bright for this series.

Comment your thoughts on the list below! Comic Years is your go-to place for video games, comic books, and pop culture – thanks for reading!

X-Force #1 is as Brutal as Benjamin Percy Promised—If You Read Closely. (Spoiler Review)
Netflix And Nickelodeon To Collaborate With Multi-Year Deal