There are a lot of ideas from Apple that sound crazy at first. Nobody imagined you could carry 30,000 songs in your pocket. Everyone wondered if an expensive tablet could replace their desktop computer. We’ve been in this position before. Apple’s gaming service, Arcade, is one of those ideas that seems like a potential miss. Nevertheless, there’s something you can never underestimate: Apple’s knack for knowing what people want before they know it exists.

What is Apple’s Gaming Service?

Apple’s gaming service is aimed at those who want a quick, breezy game to play and kill time. The aptly named service Arcade is set to launch with 100 titles that can be accessed via Apple devices. Those games launching at the start of the service aren’t just shovelware. Shovelware is the name many use for games that feel thrown together and carelessly developed for downloads and money. The games on Arcade are not just throwaway titles; there are some exciting titles here.

The concern with new streaming gaming services like this is always support. The trouble with things of similar format is that developers and publishers abandon the service after a slow start. It’s true that some services just don’t take off, but things like Google Stadia and Microsoft xCloud seem to have everyone’s attention. So, what can you expect to find on Arcade?

Which Developers are Working with Arcade? 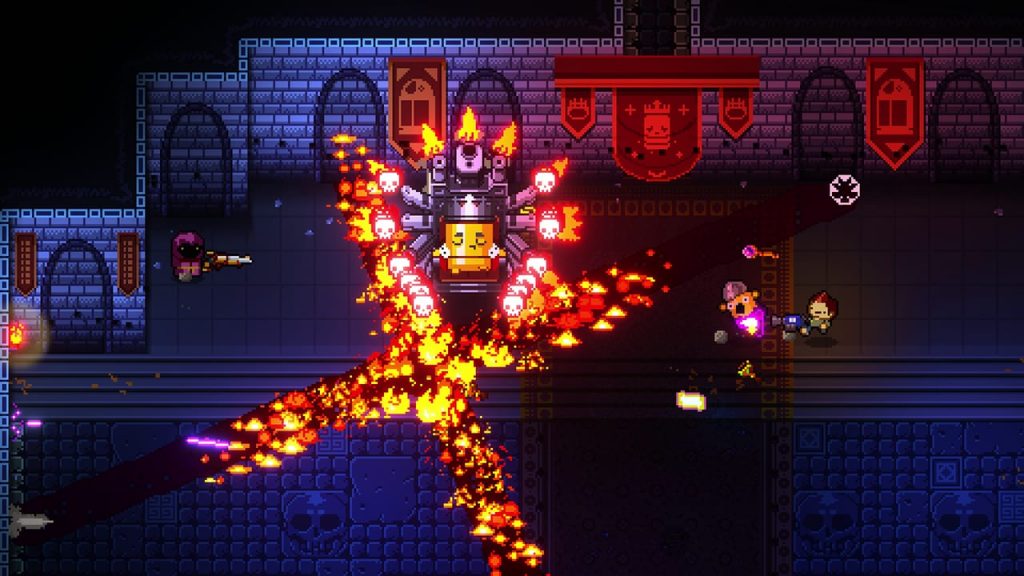 There are some major names attached to Apple’s gaming service. LEGO, Konami, and Sega lead a group of publishers and developers posting games to the service. It’s wild to see the array of titles you can play on the service. For instance, Exit the Gungeon, the sequel to the critic and fan raved Enter the Gungeon, will be included for subscribers. So will Octopath Traveler, the 8 campaign JRPG exclusive to the Nintendo Switch.

These games are nothing to scoff at. Hardcore gamers are skeptical, but the lineup is quite enticing. If you don’t think you’d try it, then think again. Well, the launch price might convince you otherwise, then just go back to playing Mario and Sonic at the Olympics.

What will Arcade Cost?

Arcade launches in a family plan for $5 a month after a one month free trial. It’s unclear if a lower price point will be available for those who only plan on using the service themselves. Either way, that’s a very fair price point at which to grab people’s attention. It’s hard to find gamers of any intensity that won’t try that out.

When Does Apple’s Gaming Service Launch?

For Arcade and the other streaming platforms for gaming, it’s a race to market. As per usual, Apple intends on setting the standard right away. The service is going to launch for Apple devices on September 19th. That’s fairly soon, and we’ll do our best to make sure to cover our take on the service upon release. Are you excited about the release of Arcade and similar gaming services? Let us know your thoughts in the comments! Keep reading Comic Years for everything gaming, pop culture, and comic books!

Dark Shadows Sequel Series In The Works At The CW
Powers of X #4: Something Sinister This Way Comes