The Mario and Sonic at the Olympics series is heading to Tokyo! This isn’t new news. However, a big announcement is out about the upcoming Nintendo Switch exclusive. In the upcoming title, Mario, Sonic, and their friends are not only competing in their modern, 3D forms. That’s right: retro stylings of these favorite characters are coming to the Olympics as well. Here’s what we know now about the fun update to the favorite Olympic-themed series.

Mario and Sonic at the Olympics Go Retro 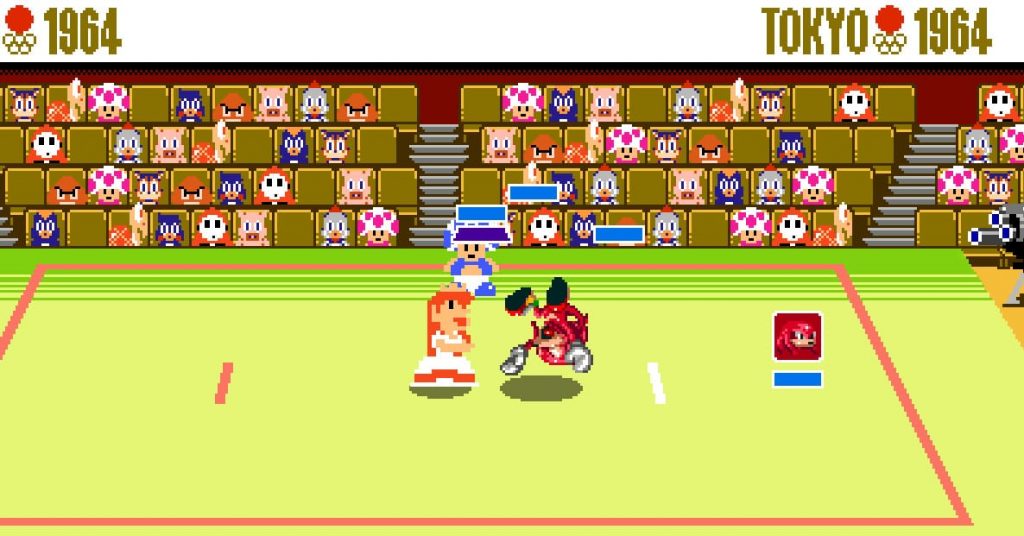 In a new trailer for Mario and Sonic at the Olympics: Tokyo 2020, Sega and Nintendo showed off their 2D retro designs for the characters. Original Sonic and Mario sprites in 8-bit form will be able to compete in all the included games. The trailer shows an original Super Mario Bros. designed Mario and Peach taking part in such events like the long jump and diving. It’s not a huge addition, and shouldn’t add much to the actual gameplay. However, the addition harkens back to the fun old days of the NES and other retro consoles.

If you have access to the Nintendo Switch Online, you’ve likely seen some of these retro sports games. Things like Volleyball, Baseball, and Football on the NES are all playable on the Switch’s online service. For those who love the old NES days, it’s fun to relive the history of Mario and see the 8-bit graphics with the Mario and Sonic at the Olympics layout. If you didn’t play the old sports games, but you love the Mario and Sonic series.

What we Know about Mario and Sonic at the Olympics 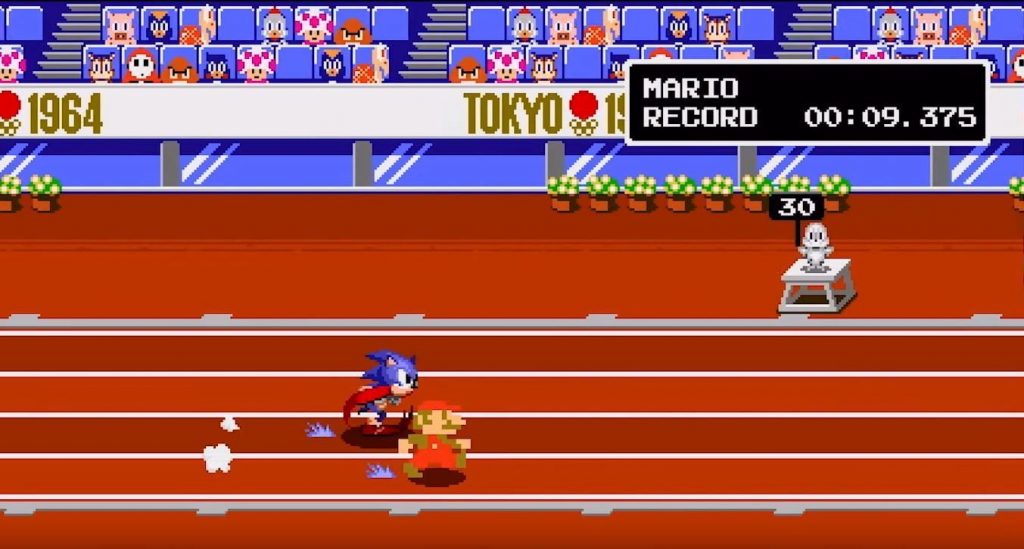 There are a number of games available in this year’s Tokyo 2020 version of Mario and Sonic at the Olympics. A fun addition to this year’s game is the new Olympic events, including skateboarding and surfing. What were once considered “extreme sports” are now going to be international competition on the world stage. Plus, other newcomers like sport climbing and karate are available to play as well.

Other favorites are returning as well, including gymnastics, judo, and boxing. Running competitions like track and field and marathon are back as well, plus obscure events like equestrian sports. Only 10 events will be playable in the retro styling, and the trailer showed a few of those. We don’t know the breakdown yet, but we’ll probably find out soon.

Playable Characters in Mario and Sonic at the Olympics

We also know a few of the characters available for play in this year’s game. Mario and Sonic are accompanied by Luigi, Tails, Yoshi, Amy Rose, Dr. Eggman, and more. It’s fun to see all the old favorites back. It’s humorous considering some of these characters participating in certain sports, including the prospect of Bowser running a sprint. Hopefully a few unlockable characters are hidden as well, adding to the fun of trying all games and practicing for high scores. We’ll keep you up to date on all things Mario and Sonic at the Olympics here at Comic Years!

The Ultimate Guide to Marvel Comics Movies, In and Out of the MCU
The CBS And Viacom Merger: Is This The Studios’ Solution For The Perceived Netflix Threat?