Powers of X #4: Something Sinister This Way Comes - Comic Years

Home » COMICS » Powers of X #4: Something Sinister This Way Comes

Powers of X #4: Something Sinister This Way Comes 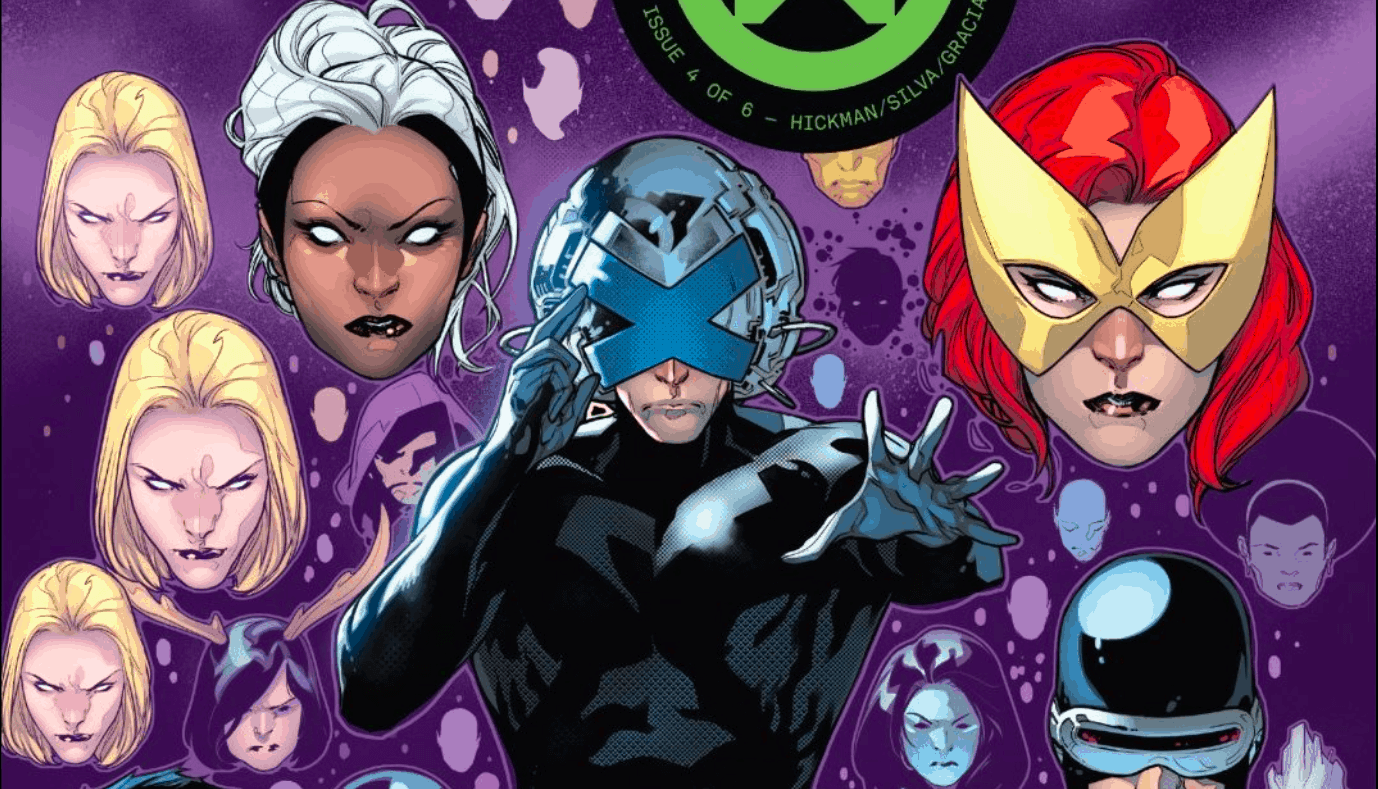 We’re nearing the end of Jonathan Hickman’s grand mutant drama, the dual Powers of X and House of X mini-series. Every issue just gives us one more piece to the puzzle. And this time, it’s Mister Sinister who gets the focus—or, more accurately, the Misters Sinister. Powers of X #3 sets up a few mysteries, and one epic new storyline that will definitely have repercussions soon. As usual, spoilers ahead. 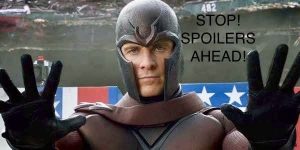 Mr. Sinister has always had a bit of an ego, but Hickman dials it up here. He has his own palace filled with different version of himself. He barely takes Xavier and Magneto seriously, more interested in Magneto’s cape than he is in anything they have to offer. He basically disrespects Xavier for one reason—he’s crippled (this is the era where Xavier had the floating gold chair). But a big part of Powers of X #4 is showing Xavier’s way of manipulating and putting people where he wants them. Sinister won’t even know he’s being used until Xavier wants him to know. Seriously, never underestimate someone in a wheelchair—or floating chair. 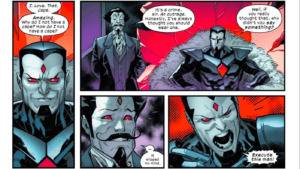 Apocalypse, The Warrior in Blue

Another major segment in Powers of X #4 is seeing Doug Ramsey, Cypher, meet Krakoa for the first time and begin to communicate with the sentient island. And Krakoa has a lot to say—mainly about how it came to be. There was a single landmass that separated when demons split it in two, and now he’s without his other half. But who saved Krakoa from utter destruction? Apocalypse, the “warrior in blue.” Hickman is laying a lot of groundwork, between the En Sabah Nur we saw in the future, and now this one, to turn him into a hero…and it’s working.

The Future of Mutants is Beautiful

We finally get back to the far future in Powers of X #4, and that’s the most mysterious story of all. Why do the mutants of 1000 years in the future want to ascend—and what is their plan. In the meantime, we get even more amazing art from R.B. Silva. 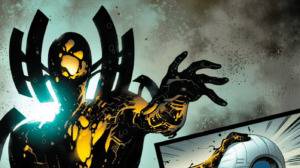 Grade: X-Men Is For the Children!