If you’re looking for a reason to get into the new Hulk Marvel Comic series, then here it is. The newest issue, number #6, changes everything that we know about Bruce Banner by introducing  Hulk’s ultra-strong evil twin. His name is, of course, “Titan.” This latest issue of the comic continues the “Starship Hulk” story arc in the Hulk Marvel Comic series. It’s sure to be a good one! 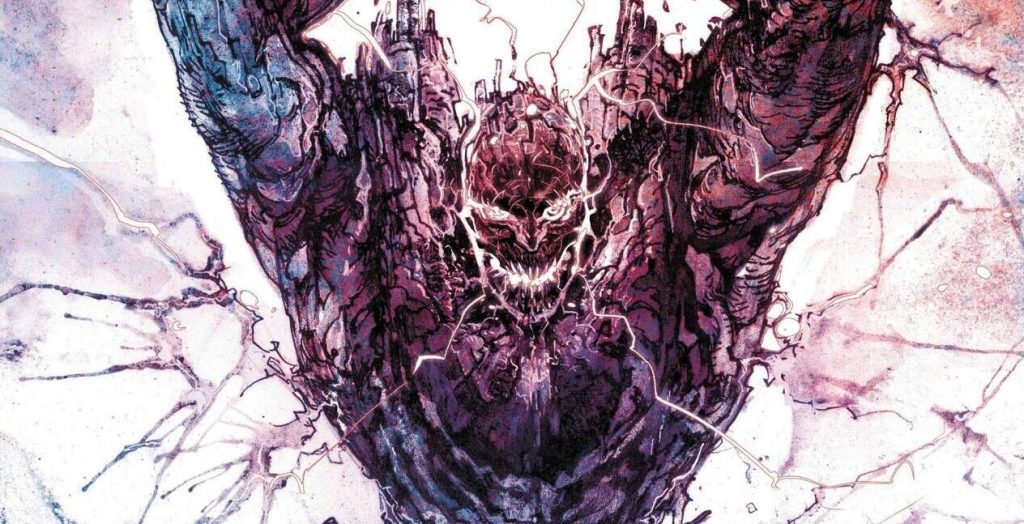 Bruce Banner enters an alternate universe where his previous Gamma experiments end up working. Way back in 1962, we got our first glimpse of the Gamma bombs, which ultimately failed. However, it appears this was a good thing, judging by the effect on this new reality. As a result of the experiments, America has the power of various Weapons of Mass destruction. These “Abominations” are well-known superheroes and important figures. However, they are all mutated beyond recognition, resulting in their new name. Afterward, Starship Hulk enters this world, resulting in Titan releasing his anger on the world.

Next, Hulk attempts to keep the monster at bay by transforming. Unfortunately, this was not enough, as Titan still continues to wreak havoc. As such, with no other option, Captain Banner had to take his newest invention to the extreme. Bruce Banner goes for the final option of freeing Engine Hulk.

Finally, it appears that Titan has met his match because nothing can compete with Engine Hulk’s sheer anger. The two of them brawl in typical Hulk Marvel Comic fashion, with Engine Hulk destroying Titan’s abilities from the outside. The original Bruce Banner comes to the rescue and helps heal Hulk’s injuries. Lastly, it appears that Hulk has defeated Titan for good, with Bruce Banner and co. exiting back through the original wormhole.

Additionally, Titan is far more powerful than Hulk, while Ross has no power over this evil twin. Next, President Thunderbolt Ross sent the other “Abominations” after Starship Hulk. They are determined to destroy many innocent lives by using a “Gamma Bomb” to wipe them out.

This newest form of the Hulk has a level of anger unparalleled in previous issues of Marvel’s Hulk comic series. None of the Abominations is a match against the Titan, and the beast quickly destroys them. It can also absorb vital energy from its enemies. It also has the ability to hide its true nature, as it is finally revealed that Betty Ross was the real Titan. So, it seems nobody is a match for this creature.

However, we have a strong feeling that we’ll be seeing Titan again soon. After all, this latest story arc in the Hulk Marvel Comic series is meant to question Bruce Banner’s sense of anger. It questions if Hulk is truly the enemy or is instead a manifestation of the emotions Banner can’t deal with. Clearly, Bruce can channel this anger into a new form and use it to help with his ingenuity. Furthermore, the first issue of Hulk questioned if the creature was actually protecting people from Bruce Banner’s anger. There’s a lot that Marvel can do with this idea, so we wouldn’t be surprised to see Titan appear again in a future issue.

The latest issue of Hulk is just one of the newest twists that Marvel is bringing to the franchise. Issue #6, which is out now, comes alongside a crossover between Deadpool and X-Force. Clearly, it seems that Marvel has plenty of tricks under their sleeve for their franchises. They’re happy to twist everything we know about these characters, and we can’t wait to see what is in store for them next time.

Top 10 Call Of Duty Vanguard Tips and Tricks for Beginners
Netflix Loses 200,000 Subscribers And Drops 35% On The Stock Market