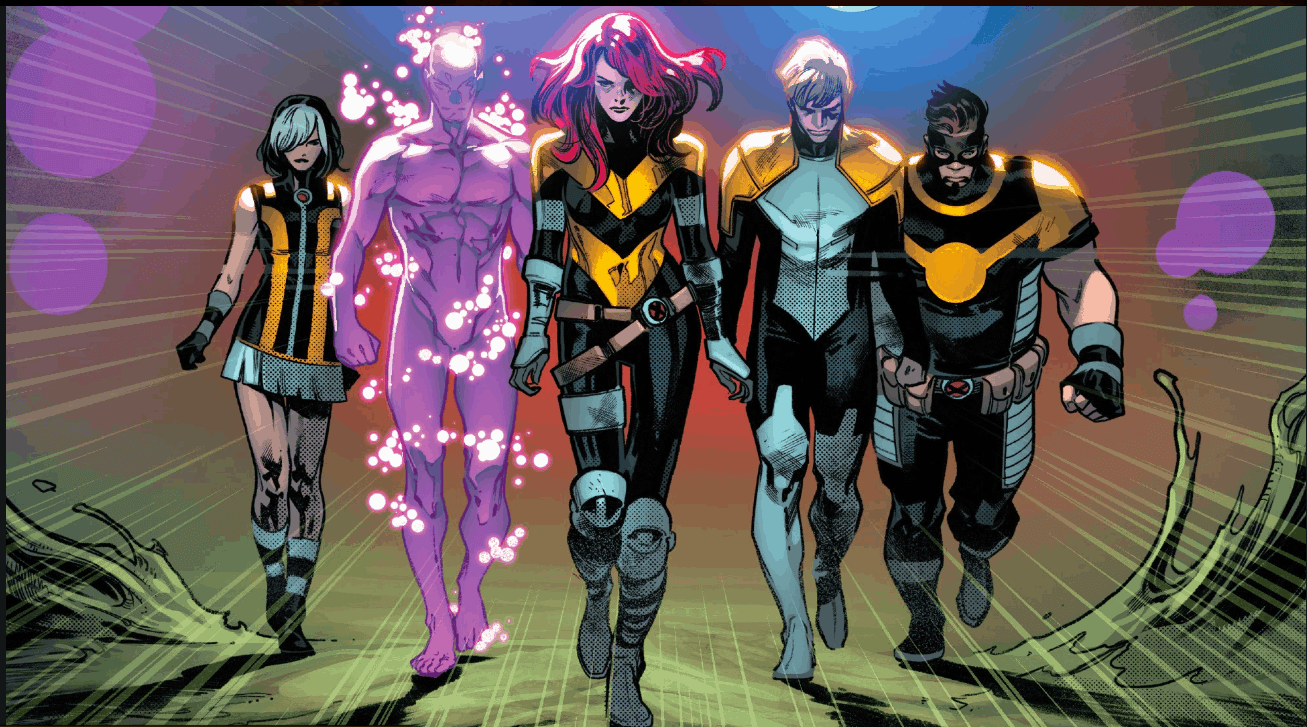 In issue #1 of House of X, there is a really bizarre scene. Cyclops and a few other mutants burst out these orange-ish pods and crawl towards Professor X, wearing his new Cerebra headgear. And then it was never mentioned again for eight more issues of the House of X and Powers of X crossover. To be honest, there is so much going on in this event that I forgot about that weird moment. Issue #5 of House of X returns that creepy scene. It turns out that—

House of X #5 Spoilers from this point forward!

The Five X-Men That Matter Most

Three days ago, the answer would have probably been the original five. Beast, Cyclops, Iceman, Angel, and Marvel Girl. We could have debated. Xavier is definitely important. Wolverine, Storm, and Rogue have certainly left a mark on the team. But now, none of them even measure to the importance of Goldballs. 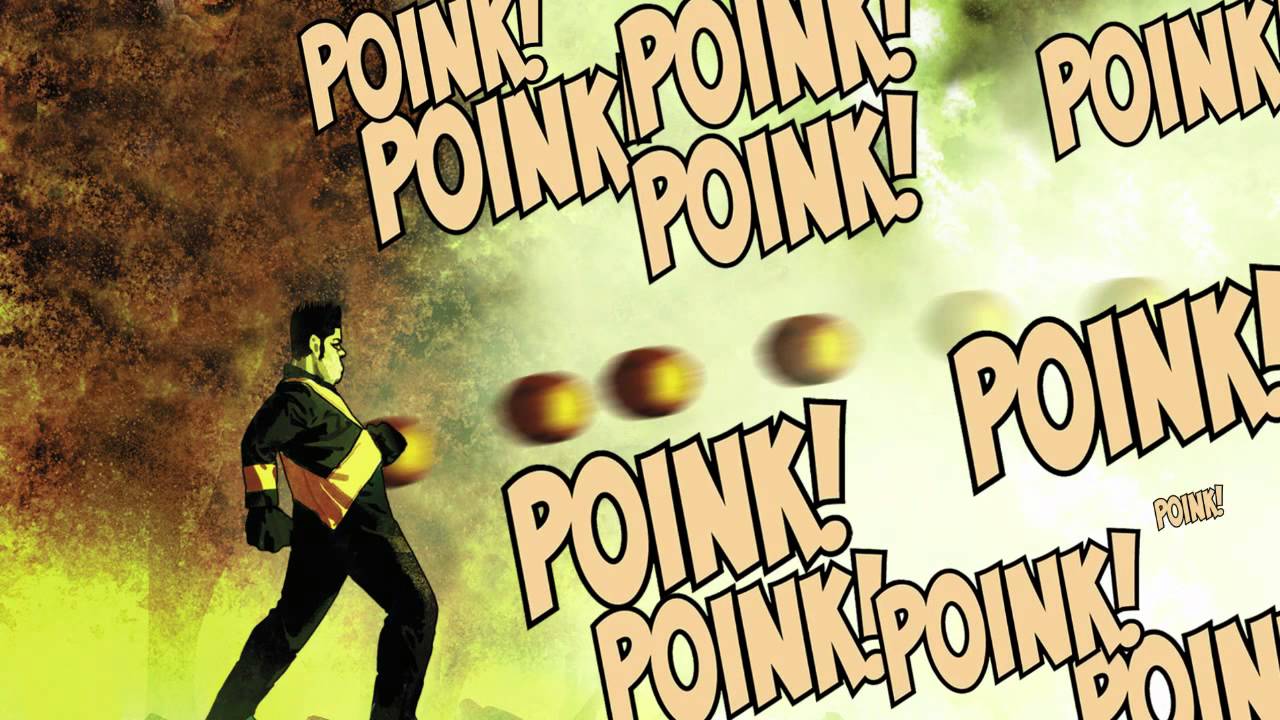 Wait, what? Yep. Goldballs, along with Proteus, Elixir, Tempus, and—probably the most important Mutant of the last 20 years—Hope Summers. So how did Tempus and Goldballs, two new mutants created by Brian Michael Bendis, elevate so fast?

Because when these five mutants combine their powers (and with just a little help from Xavier and Sinister), they can resurrect any mutant. And that’s what we see them do immediately. Last issue, an entire team of X-Men, including the heaviest of heavy hitters, all died to destroy the Mother Mold. I—and many other readers, assumed this was just another of Moira’s lifelines. Maybe the 6th mystery one. But House of X #4 was still part of the main timeline, and #5 shows the resurrection team in action. As long as these five mutants are safe, the X-Men can never die. So, it’s pretty clear who the big targets will be.

The Alliance of Heroes and Villains in House of X #5

The last pages of House of X #5 are both nerve-racking and awe-inspiring. Xavier invites every mutant enemy the X-Men had ever encountered to live on Krakoa. Wolverine and Magneto are apprehensive (Um…Magneto, you’re kind of one of them, dude). The villains arrive. Sinister, Emplate, The Gorgon, Selene, Exodus…and Apocalypse.

We’ve seen Apocalypse pop a few times in this event. And we know he’ll be a member of Excalibur. What I never expected was this: 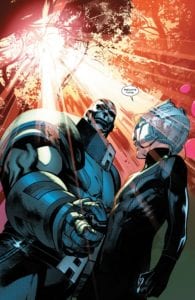 Titans Nightwing Costume Leaks Thanks to Set Photo Snapped By Fan
Into The Arrowverse: Smallville’s Tom Welling Returning For Crisis On Infinite Earths