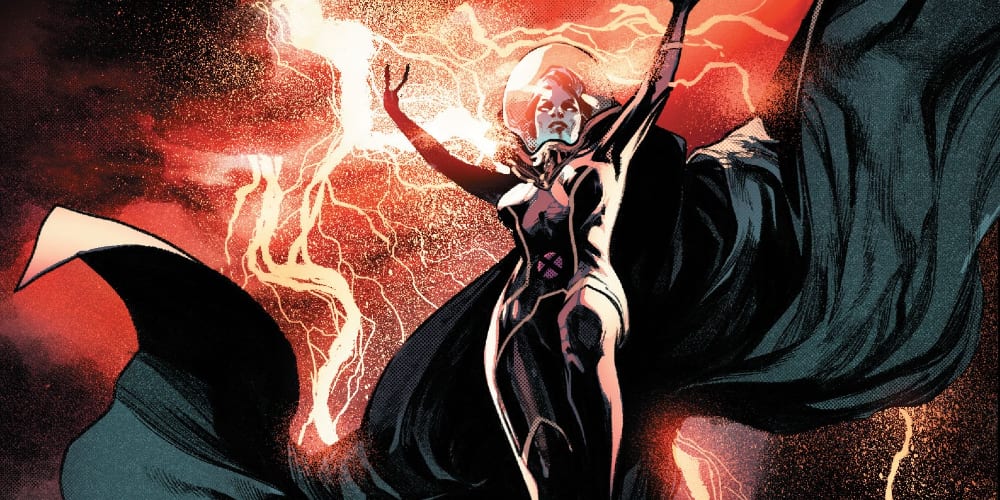 For months, The X-Men creative teams have been promising something BIG during the Hellfire Gala. It was actually one of the best mysteries Marvel’s had in years. What could happen at a fancy party that could possibly change the Marvel Universe that much? Well, other than the Hellfire Gala Colossus thirst trap that just can’t be denied. Still, beyond ravishingly ripped Russian of Steel, what does Emma Frost have up her sleeveless diamond-beaded gown for the big night? Well, the X-Office didn’t disappoint. Indeed, Planet-Size X-Men introduces something so big in Hellfire Gala week three that it makes the forming of Krakoa seem tiny. Because when they said “something big,” they meant it literally. 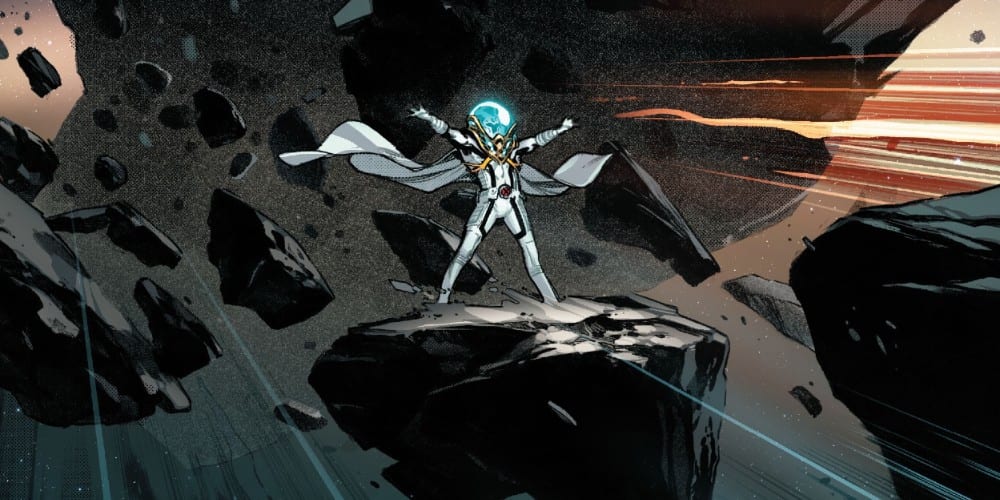 Ever Xavier formed Krakoa, the world both feared and respected mutants more than ever before. Some countries embraced the new nation for its miracle drugs, while others immediately started to plot against them. Russia and Brazil, more than any other nations, really have it out for them. But with their gates around the world – around the universe – allowing mutants to travel as they will in an instant, Mutants were more than an anomaly. They were another culture. Farmlands in the Savage Land, a SWORD station in space – these developments alone would freak out other nations. But it was the arrival of Arakko, the counterpart island to Krakoa, that caused the most alarm. Suddenly, millions of mutants arrived. Millions of mutants who have known nothing but war and survival and who now want to make their mark on a new world, causing destruction wherever they go.

And then things started escalating quickly. The Brazilian government destroyed the Savage Land farms and threatened to take the matter to the UN since Krakoa uses sovereign land off-limits to all countries. Without the farms, they have no economy. But that’s nothing, really. When Captain America requests a meeting, he’s not representing America or any other people; he’s usually trying to warn the other group. That’s what he does in Hellfire Gala Planet-Size X-Men. A few days before the Gala, he meets with Cyclops at the old mansion and tells him that Krakoa needs to find a solution fast.

The X-Men need to move quickly. There are nations ready to pounce, which will only cause an all-out war with Arakko. And that is not a war humans will win. Thankfully, Magneto has a plan.

What We Learn in Hellfire Gala Planet-Size X-Men: Resurrecting Mutants Was a Small Miracle 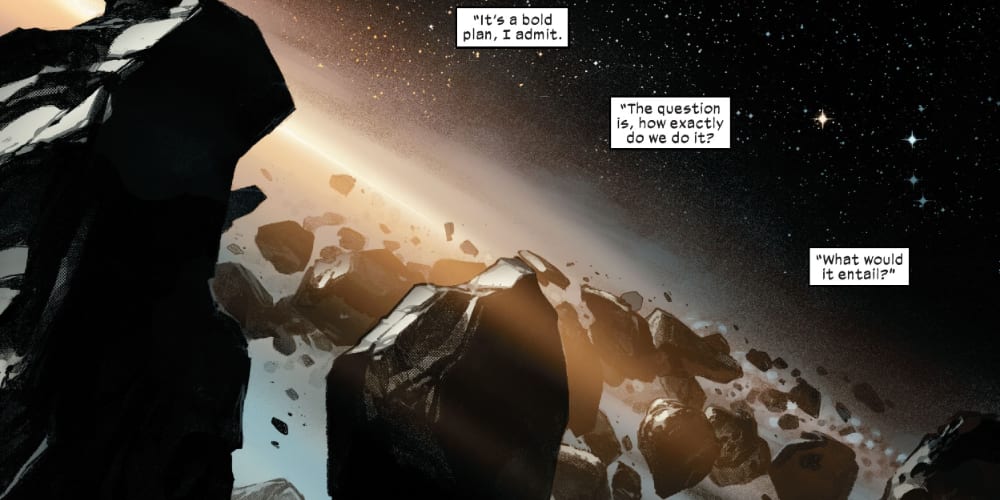 The X-Men have conquered death. In House of X #5, the world of mutants changed when “The Five” – Hope Summers, Elixir, Proteus, Tempus, and Goldballs (now called Egg) – combined their powers to resurrect any mutant, ever. Even if a mutant lost their powers on M-Day, the Five could restore them. 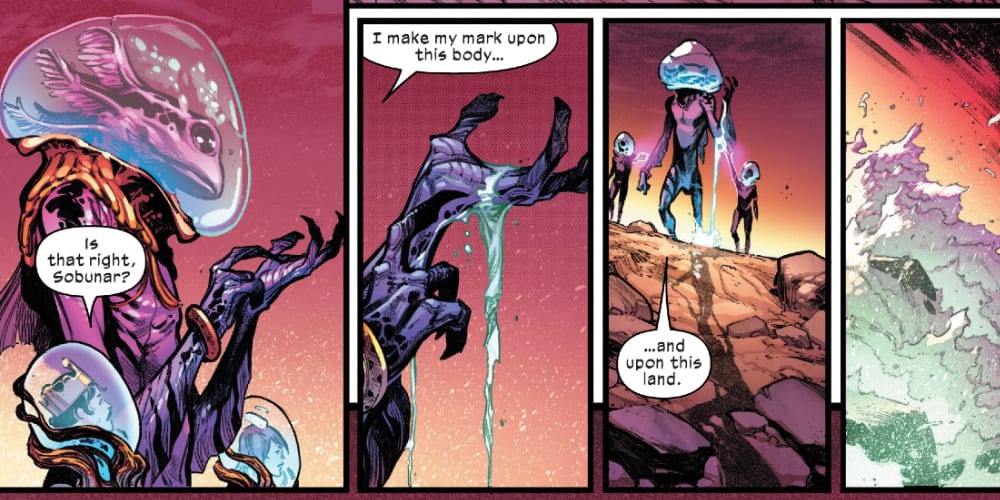 We all wondered what Planet-Size meant, and we finally find out in Hellfire Gala week three. Duggan, Hickman, and the other creators meant Planet in the literal sense. The X-Men, combining the powers of more than a dozen mutants from Krakoa and Arakko, resurrect a dead planet. You know that red dot in the sky known as “Mars,” the fourth rock from the sun? Well, in the Marvel Universe, it’s now “Planet Arakko.”

These fifteen mutants turn Mars into a mutant planet. But they did more than just provide a new home for Arakko’s inhabitants. After all, why throw a Gala for this if it’s just a new home? 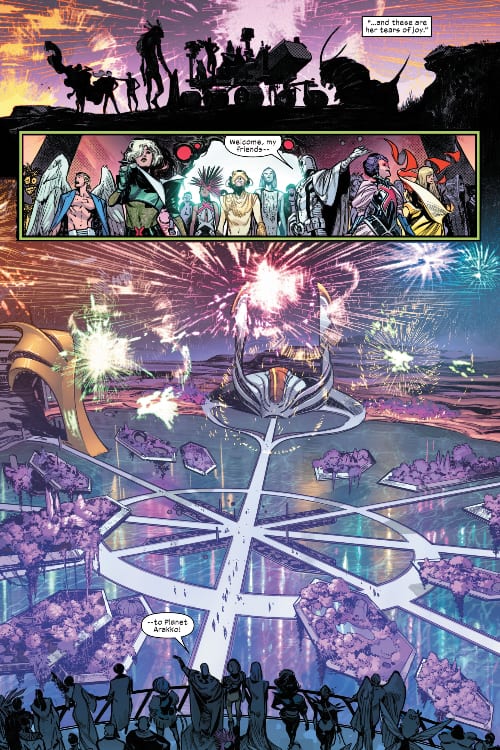 Emma Frost throws the best parties on Mars…and the only ones. (Image: Planet-Size X-Men #1, Marvel Comics)

The age-old question: If you resurrect a dead planet and the entire world isn’t there to see, did you resurrect it at all? Well, Emma makes sure the entire world knows. On the program, there was an event simply called a “telepathic fireworks show.” Emma, if nothing else, is a master showman. The “fireworks” was simply the last touch to bring Planet Arakko to life: Proteus and Hope Summers essentially turning the planet’s off switch to on: 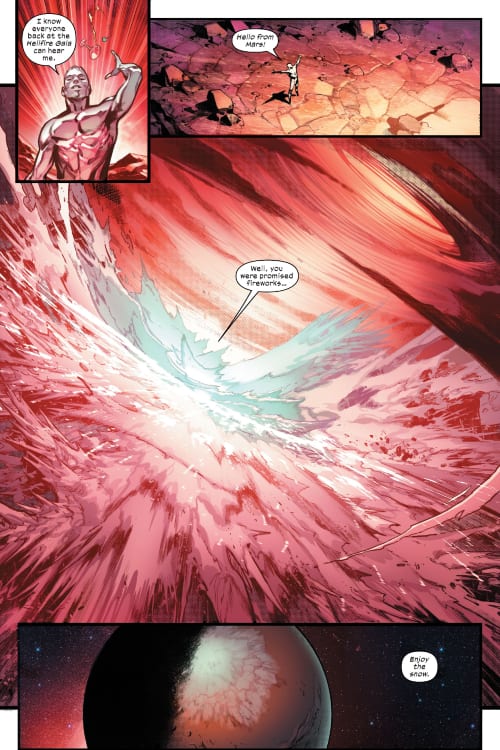 I am both terrified and aroused. (Image: Planet-Size X-Men #1, Marvel Comics)

However, this isn’t just to show the world how powerful mutants are, but to invite them to the new world. Or at least to parts of it. They build, in an instant:

Where citizens from all over the galaxy can “park,” as Monarch puts it: 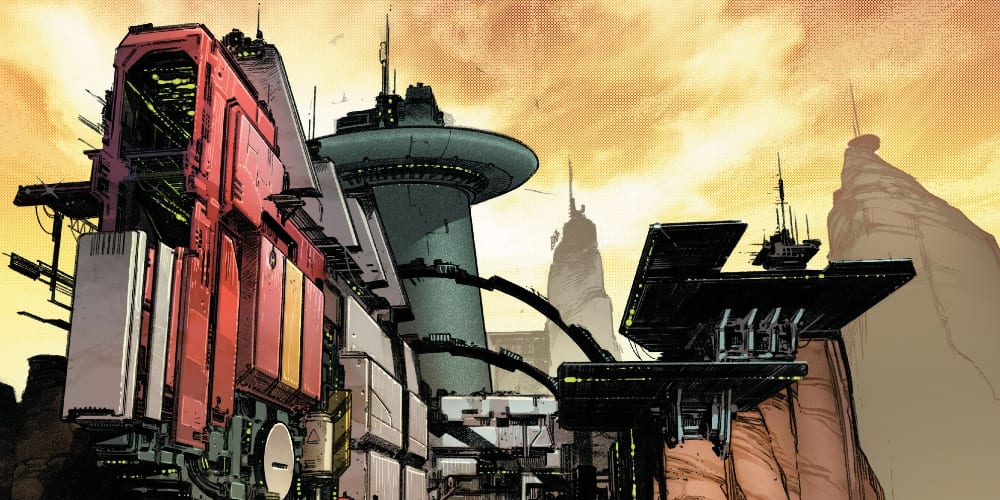 Where countries and worlds can negotiate: 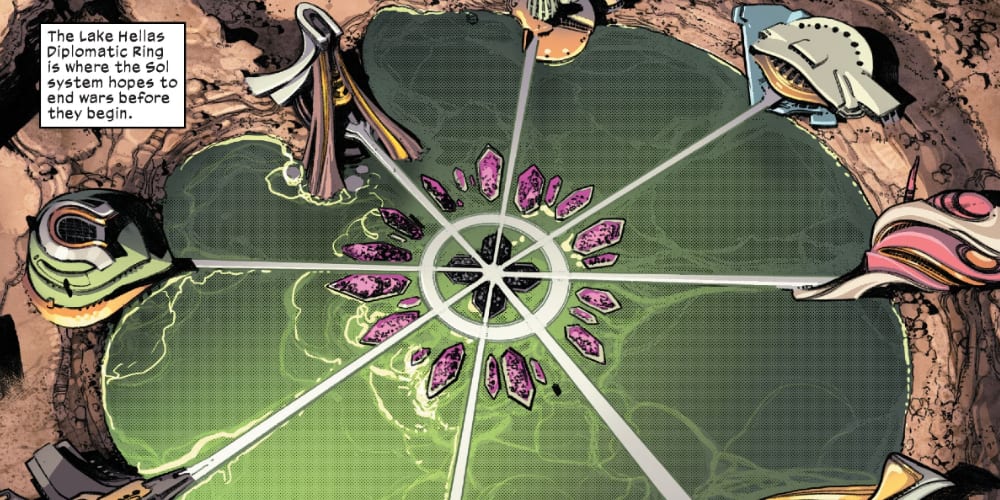 What Do the Developments in Hellfire Gala Planet-Size X-Men Mean?

Well, here’s the ballsiest move we see in the event, and it doesn’t even feature Pepe Larraz’s amazing art: 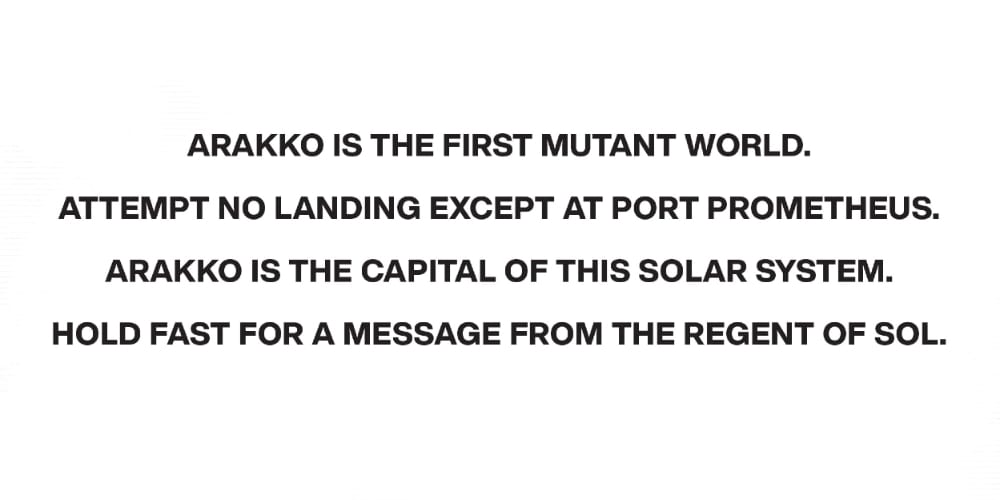 So, yeah, they resurrect Mars, rename it, and declare it the capital of the solar system. Oh, and they got their farmland too. But the “Regent of Sol” identity? Unknown as of yet, but this might be a clue: 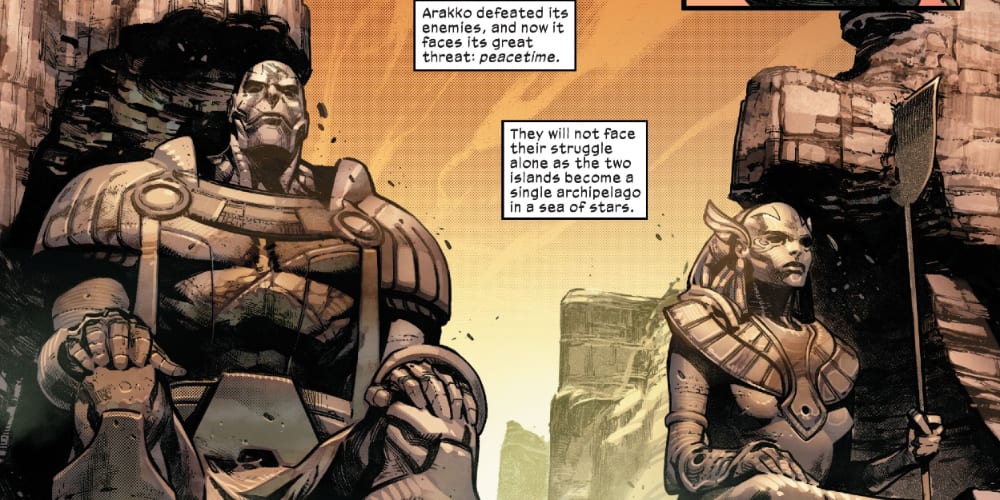 Hickman’s Age of Krakoa started big, but this just amplified everything. It will be interesting to see how the rest of the Marvel Universe reacts to Planet Arakko. Still, earlier in the event, Captain America told Cyclops that while they fixed one problem, they created a world of new ones (pun intended).

So, what do you think? Good idea or “What in the hell were they thinking?”