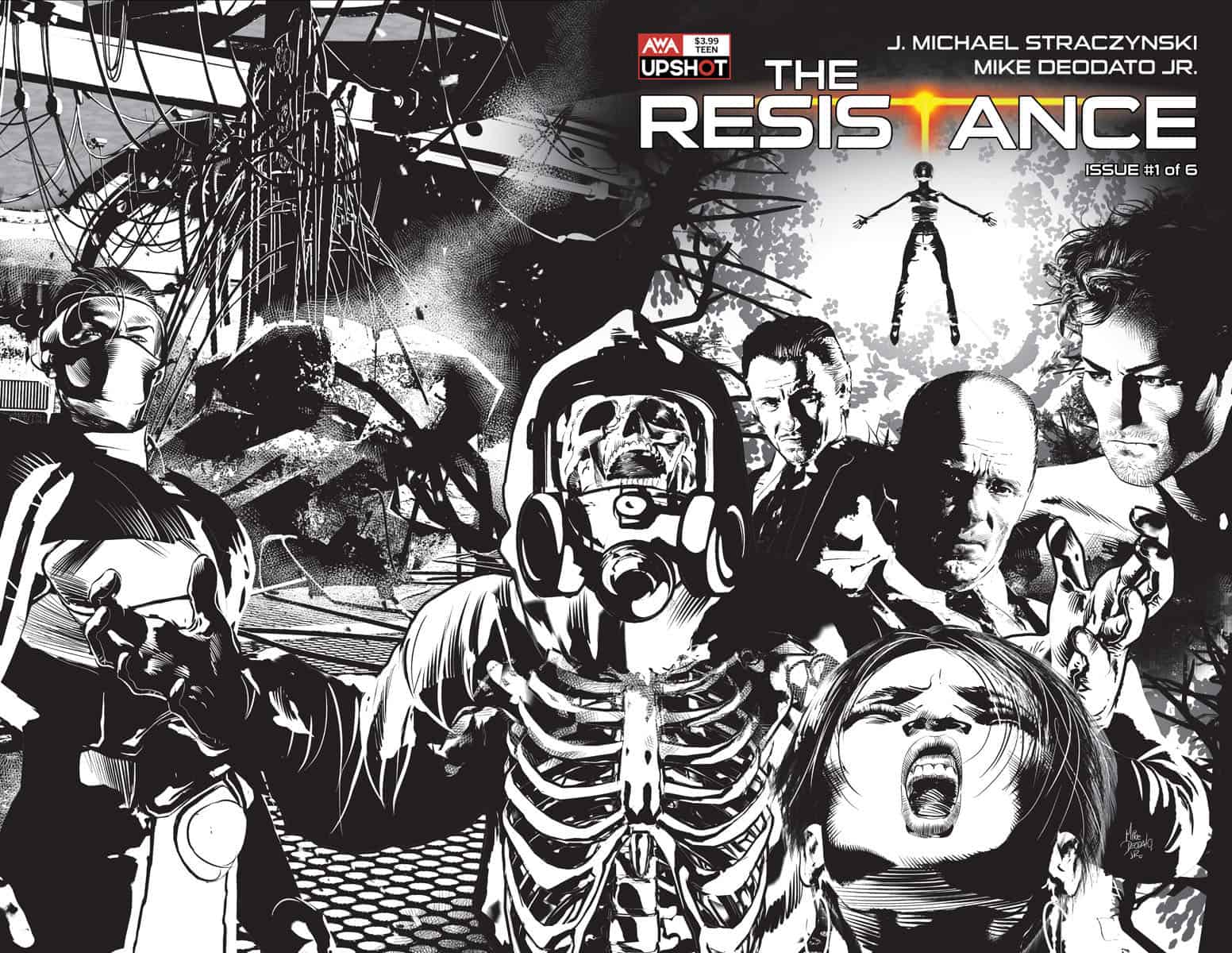 A few months back, Mike Deodato Jr announced that he was leaving Marvel after multiple decades, to work on independent comics. He left Marvel on a high note—his work on his last series, Savage Avengers, was beautiful. And now we know what the indie project is. Deodato is joining J Michael Straczynski to start a new superhero universe! In fact, they’re launching the new universe for Upshot, an imprint of the new indie publisher AWA. 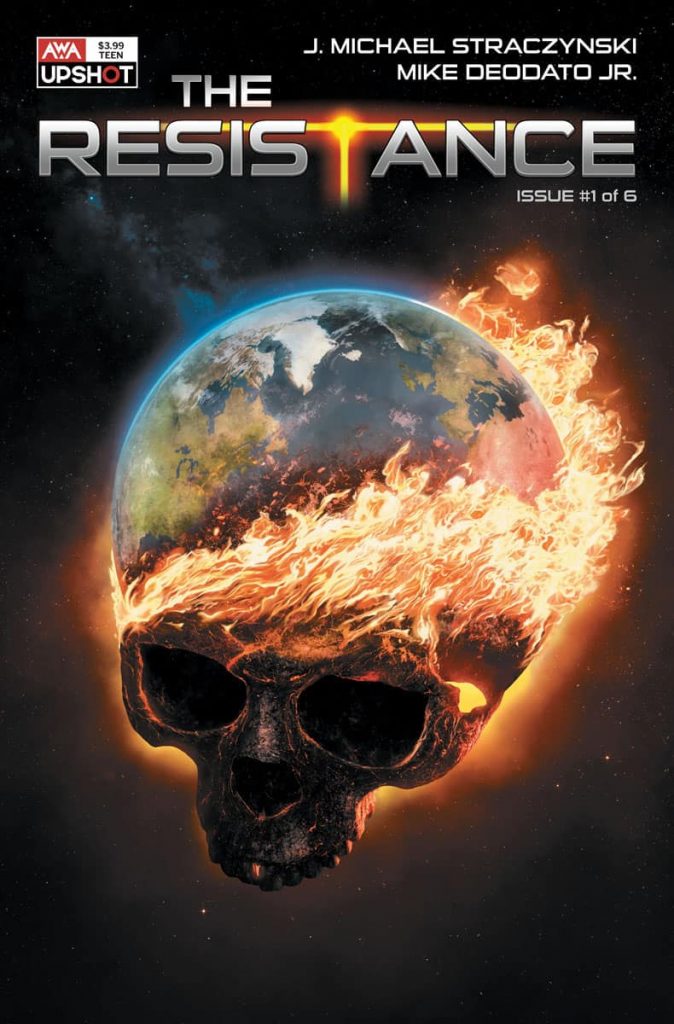 I tried that haircut once…wasn’t a good look for me. (Image: Straczynski and Deodato, The Resistance, AWA Upshot)

The Resistance, that is. In the upcoming mini-series launching the superhero universe, written by Straczynski with art from Deodato, a catastrophe leaves millions of people dead around the world. But that’s not all. Some humans start developing superpowers. But are they going to be Earth’s saviors or will they cause more death or destruction? Probably a healthy dose of both.

Other Creators are Joining Deodato and Straczynski’s New Universe 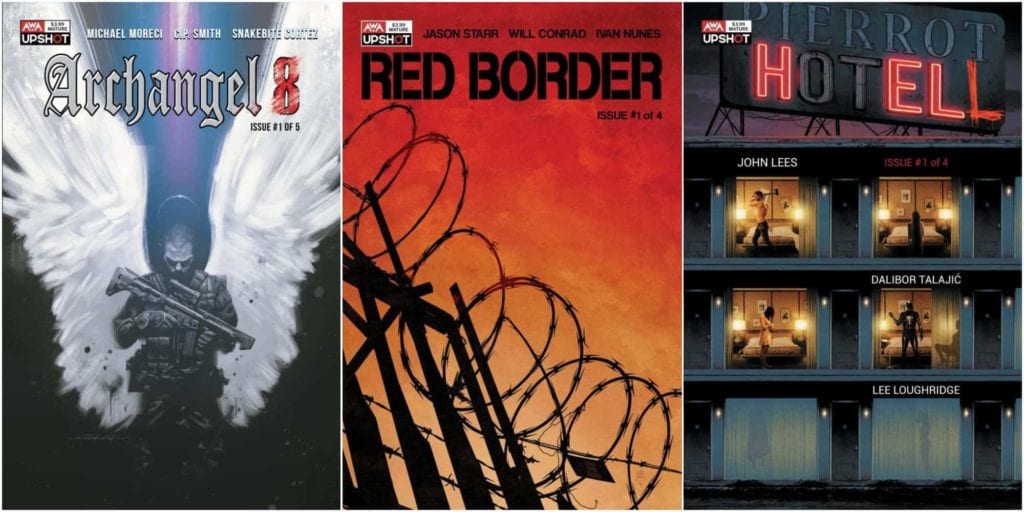 Is that Punisher with wings? Because I’m there. (Images: AWA Upshot)

The Resistance isn’t the only series coming from Upshot. After all, you can’t have a shared universe without sharing. Joining Deodato and Straczynski for the new universe: Michael Moreci (w) and C.P Smith for Archangel 8; Jason Starr (w) and Will Conrad (a) for Red Border; and John Lees (w) and Dalibor Talajić for Hotell. All of the new series look great.

Thanks to Newsarama we have some of the interior pages, giving us a hint at what Deodato and Straczynski will deliver. Take a look: 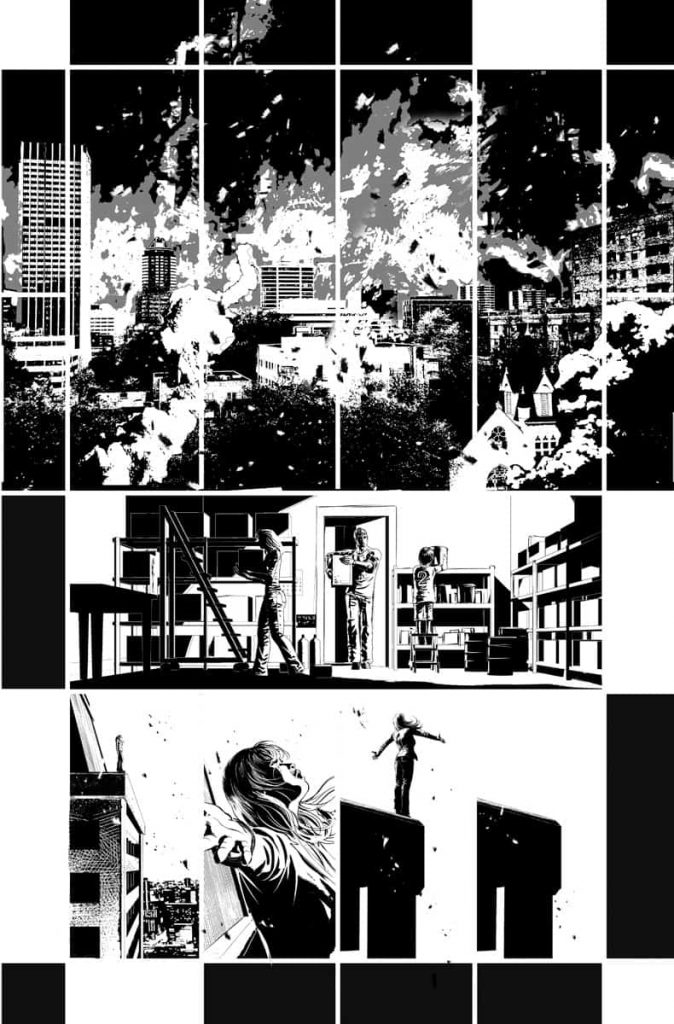 Fire and suicide? What a fun start! (Image: Straczynski and Deodato, The Resistance, AWA Upshot) 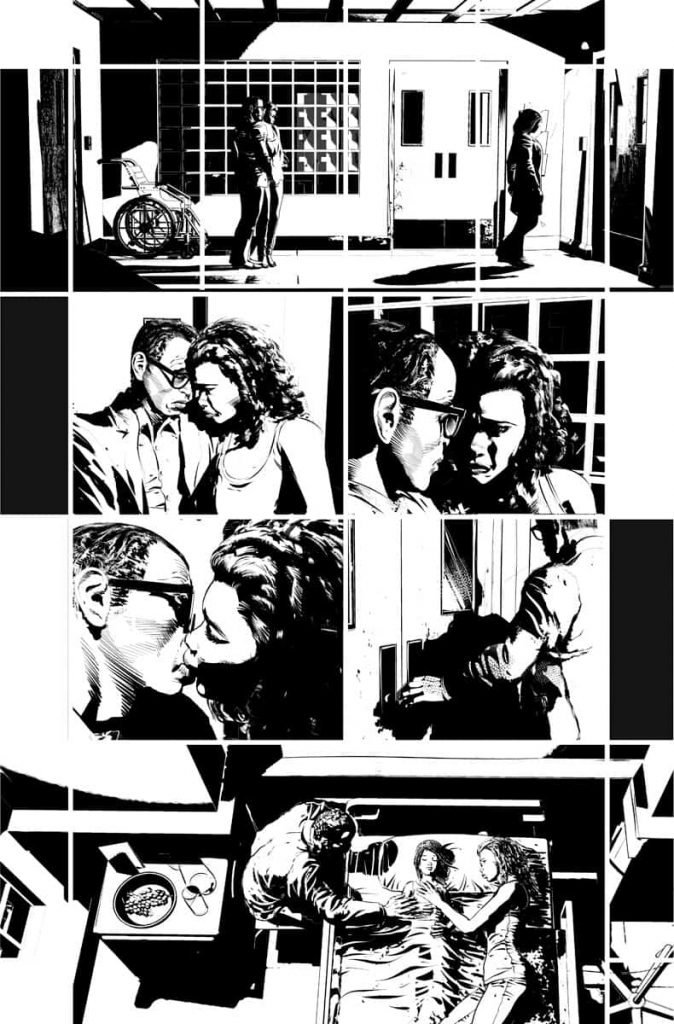 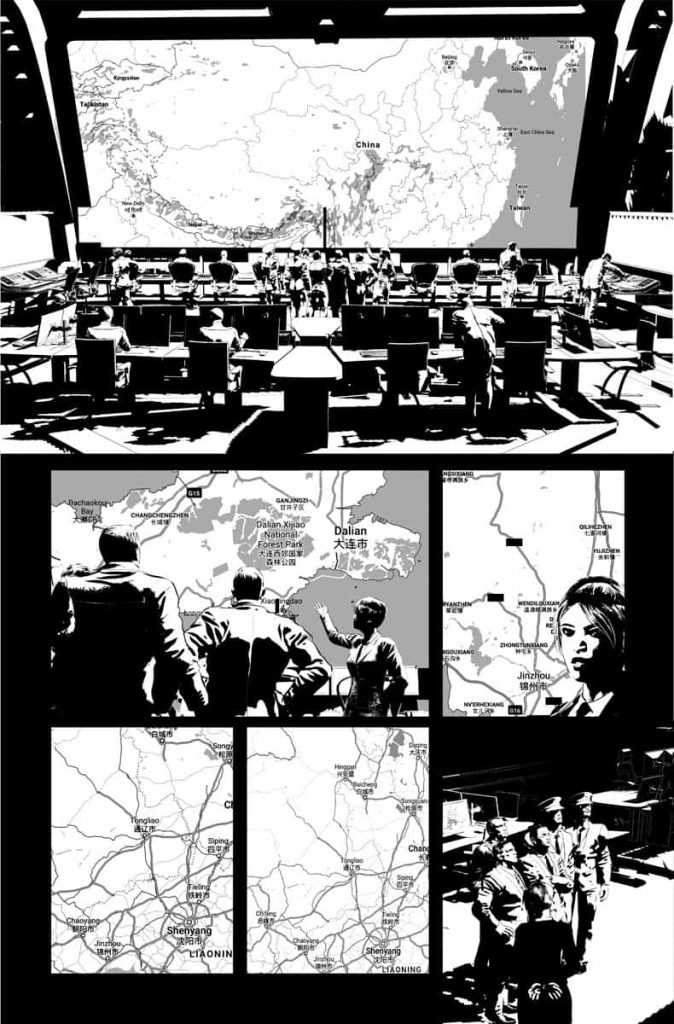 There’s no fighting in the war room! (Image: Straczynski and Deodato, The Resistance, AWA Upshot) 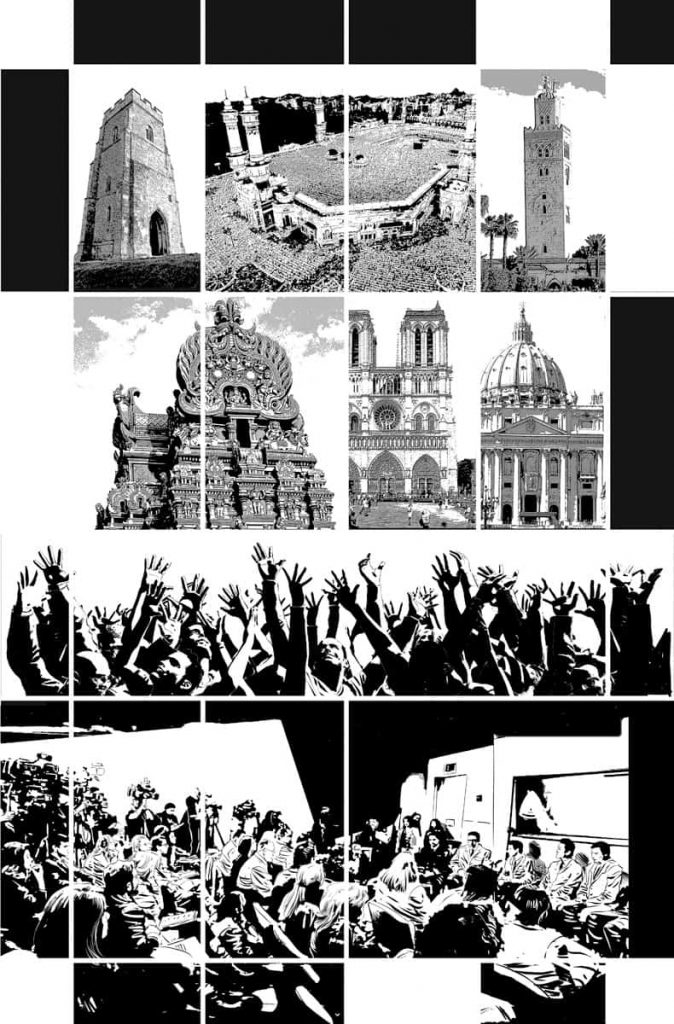 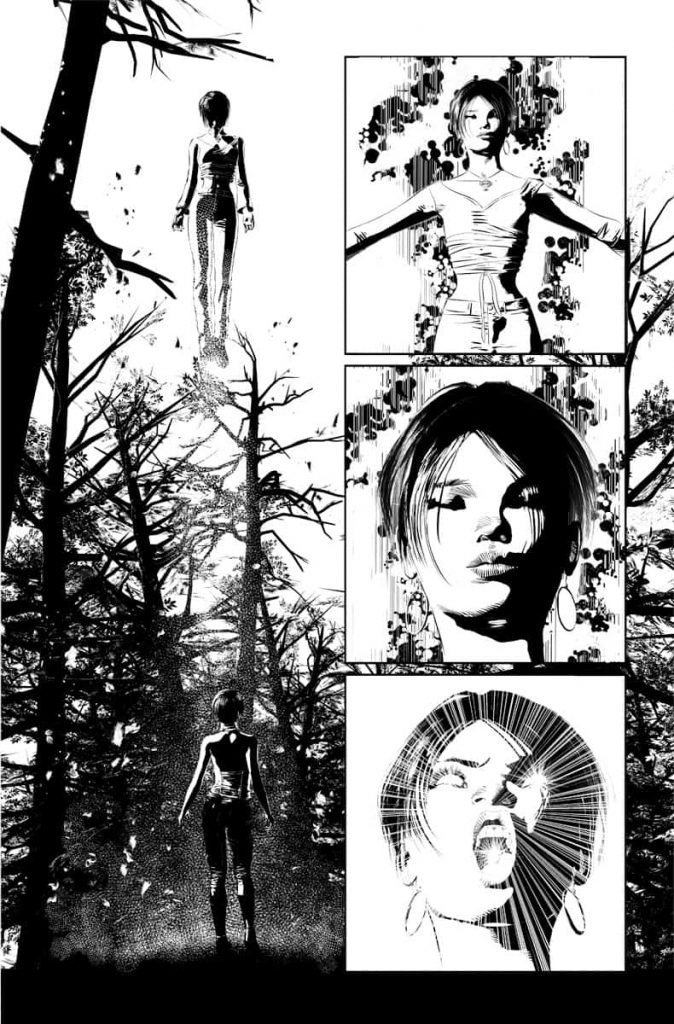 And the image I can’t wait to see Frank Martin’s colors on: 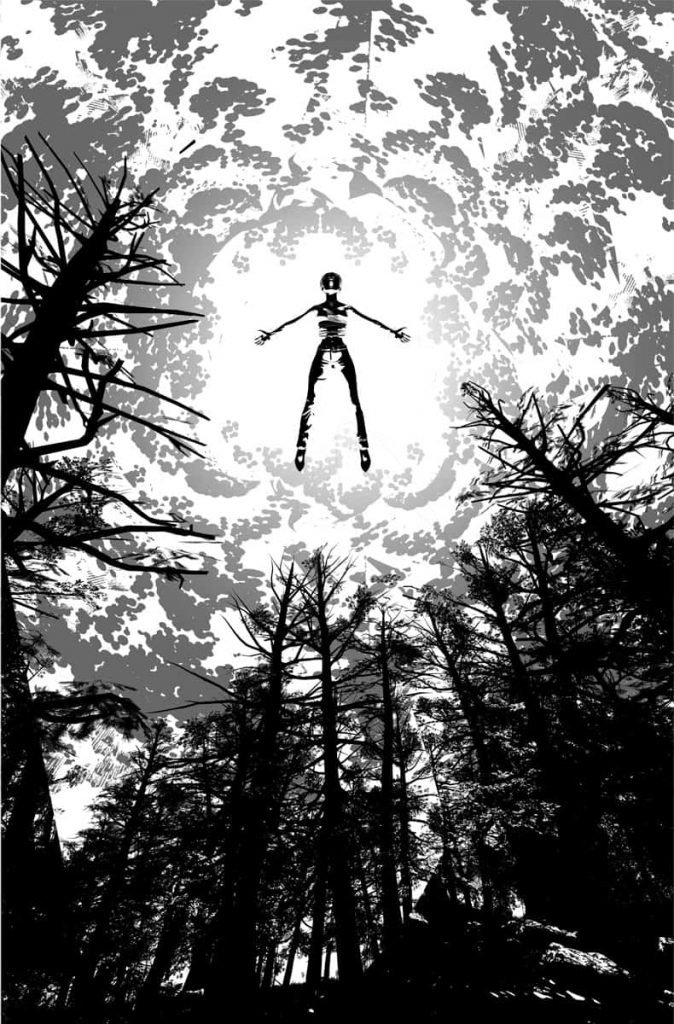 Yeah, when can I buy this? (Image: Straczynski and Deodato, The Resistance, AWA Upshot)

The Resistance, along with Hotell, Archangel 8, and Red Border, comes out on March 18, 2020. So, will the Upshot Universe hit big like Valiant? We can only wait and find out, but with creators like Deodato and Straczynski building the new universe, it’s hard to imagine it not taking off.