Who Is Atom Smasher? A Look At The Characters In DC’s Movie

Home » COMICS » DC Comics » Who Is Atom Smasher? A Look At The Characters In DC’s Upcoming Black Adam Movie

Who Is Atom Smasher? A Look At The Characters In DC’s Upcoming Black Adam Movie

Last year’s DC Fandome introduced viewers to the Black Adam panel, something that Dwayne Johnson has been working with DC and Warner Bros. on for more than a decade. The movie was originally supposed to come out later this year, but thanks to several delays, it’s now coming out summer of next year. Well, we can now legitimately feel excited because this year’s DC Fandome not only gave us a glimpse of the actors and actresses involved in the movie, but we also got to see the first look teaser trailer! It looks amazing, but it also left me wondering…who are these new DC characters? In this series of posts, I’ll be looking at these obscure DC characters, although it’s likely they’ll soon become household names. So first off, who is Atom Smasher?

Who Is Atom Smasher And What Are His Powers?

Atom Smasher (alias Albert Rothstein) will be played by Noah Centineo (of To All The Boys I Loved Before fame and future He-Man). He is the godson of Al Pratt, the Atom from the Golden Age of Comics, and gained his superpowers from his grandfather, who was a reluctant supervillain known as Cyclotron. He actually first started out as the superhero Nuklon but later changed his name to Atom Smasher after joining the Justice Society.

He has super strength and is able to grow to extreme heights thanks to his ability to manipulate his molecules. He’s already a pretty big guy (7 feet, 6 inches, although some iterations have him at more normal size), and his strength and density increase proportionally to whatever size he chooses. In JSA #75, it was explained that his muscles and bones break and reform as they grow so he can reach these extreme heights. While there isn’t an exact limit to how big Atom Smasher can get, the DC Encyclopedia says that he can reach up to 60 feet. In his normal human form, Rothstein is a skilled pilot and mechanic, and would often be seen manning the Justice Society’s jet, the Steel Eagle.

The Beginnings of Atom Smasher 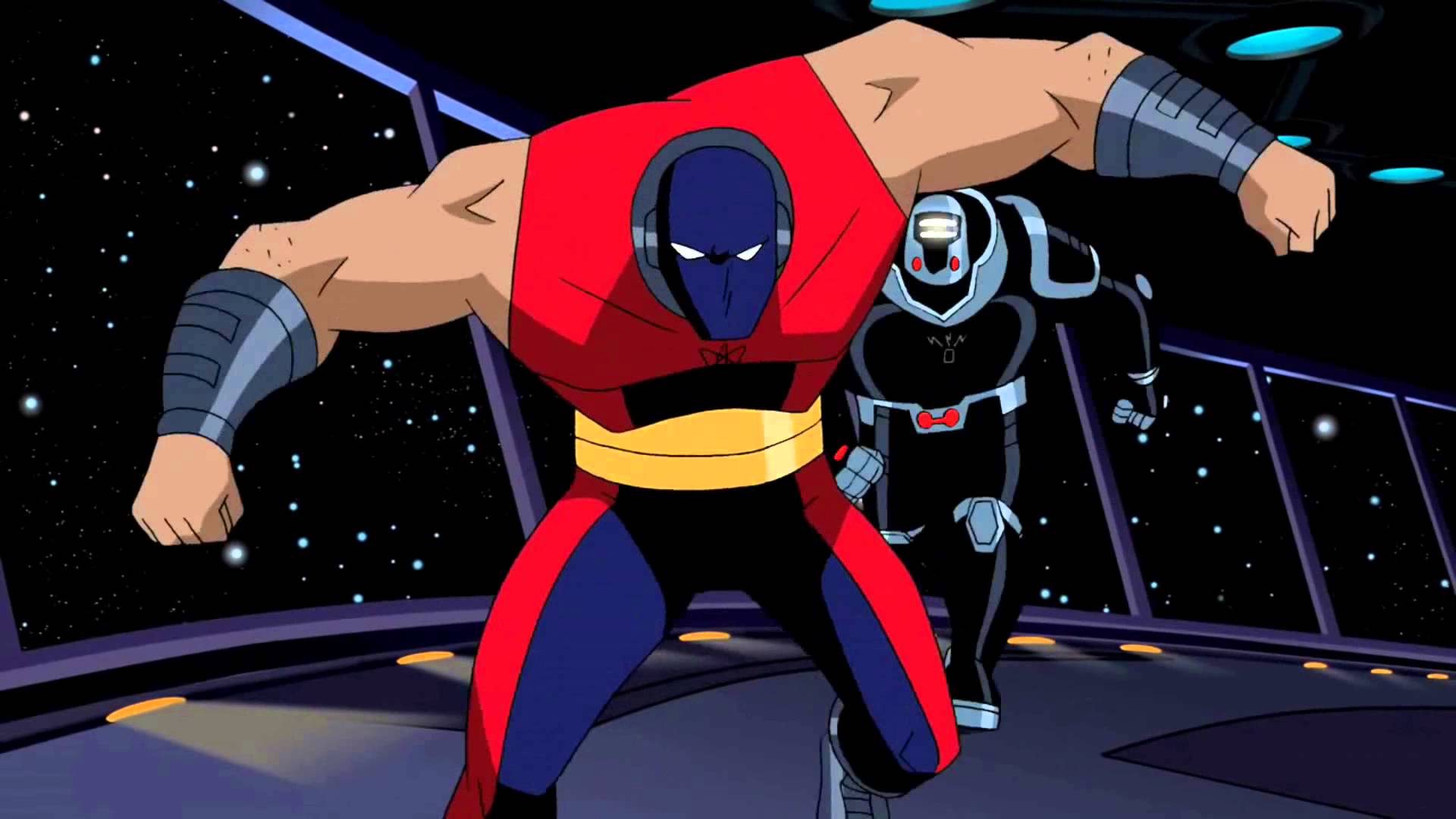 Atom Smasher was created by Roy Thomas and Jerry Ordway, and first appeared in All-Star Squadron #25 (published in September 1983). His original name was Nuklon and he was a member of Infinity, Inc., which is a team of superheroes mainly made up of the children and heirs of the Justice Society. Later, Nuklon was accepted into the Justice Society and decided to change his name to Atom Smasher.

What do you think of Atom Smasher as a character? Let us know in the comments below!