How Many Comics Are Too Many Joker Comics? - Comic Years

Home » COMICS » DC Comics » How Many Comics Are Too Many Joker Comics?

How Many Comics Are Too Many Joker Comics?

In advance of San Diego Comic-Con, DC Comics let its fans know that 2019 into 2020 will be the year of the Joker. The mega-publisher announced that no fewer than seven titles will focus on the Clown Prince of Crime in advance of the Todd Phillips-directed origin movie with Joaquin Phoenix playing the character. However, the increased focus on Harley Quinn’s beloved Mistah J begs the question: Are there too many Joker comics? Even though this is the 80th anniversary of Batman’s first appearance, that character has only a few seminal titles and story arcs. Frank Miller’s Dark Knight and Year One series are the defining narratives about the Caped Crusader. Along with other stories like Alan Moore’s The Killing Joke, Marv Wolfman’s A Lonely Place of Dying, and Jim Starlin’s Death in the Family, these are the series that define the parameters of the character for other storytellers.

Yet, of the seven upcoming titles featuring the Joker, nearly half are “origin” stories (as well as the upcoming film). Another title, Three Jokers, is also something of an origin story but one in which the Joker is actually three distinct and different characters with the same name. Horror movie legend John Carpenter wrote a 40-page one shot called “Joker: Year of the Villain,” which pits the Jester of Genocide against none other than Lex Luthor. Finally, the Joker will take center stage in both a story arc in Detective Comics and the DC Black Label (formerly Vertigo) title Batman: Curse of the White Knight. Perhaps its an embarrassment of riches for fans of the character, but it also seems like there might be too many Joker comics, especially ones that tell very different versions of the character’s origin.

Too Many Joker Comics Can Hurt The Character

If Batman, who supports two monthly titles, can run for 80 years, it may seem that too many Joker comics aren’t even possible. He is unquestionably one of the most terrifying and interesting villains in all of comics, let alone just the DC Universe. Yet, part of the reason why villains work so well is that they are both mysterious and used sparingly. Tim Burton’s Batman film, naturally, used the Joker as the first villain. Yet, when Christopher Nolan rebooted the franchise, he didn’t utilize the Joker until the second film. And Heath Ledger’s version of the character was incredibly different from Jack Nicholson’s take. But comics aren’t the movies. 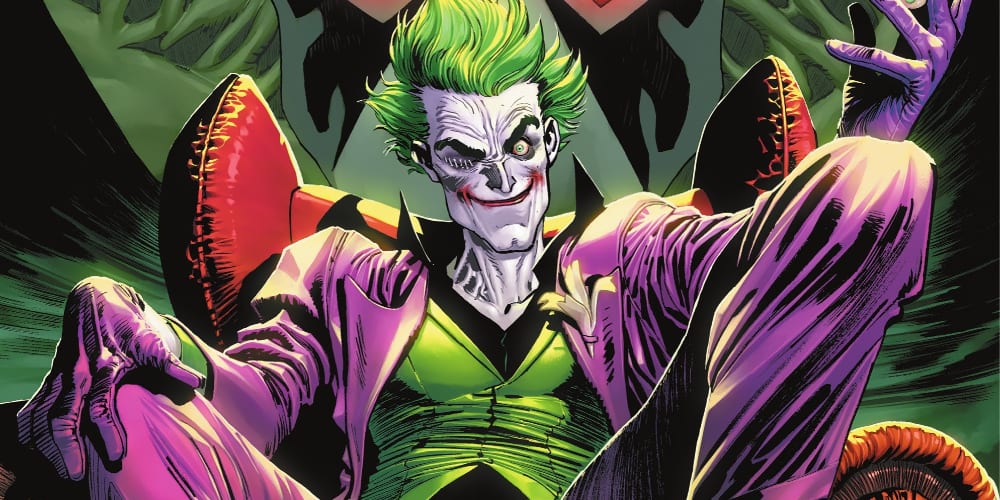 With so many of the new Joker series looking to delve into his origins, the mystery and allure of the villainous character might evaporate. Is the Joker more or less interesting if there are three discrete individuals using that name as the Three Jokers series suggests? Batman can sustain 80 years of comics because we know everything there is to know about the character, and each revelation deepens our understand of the man behind the mask. But the Joker is his mask. Remove it, and he’s just another serial killer psychopath in makeup (or with a skin condition, depending on which version we’re getting). Demystifying the Joker and giving him motivations beyond simply torturing Batman might make the character less interesting to fans.

What do you think? Can there be too many Joker comics? Share your thoughts in the comments below or by sharing the article on social media.