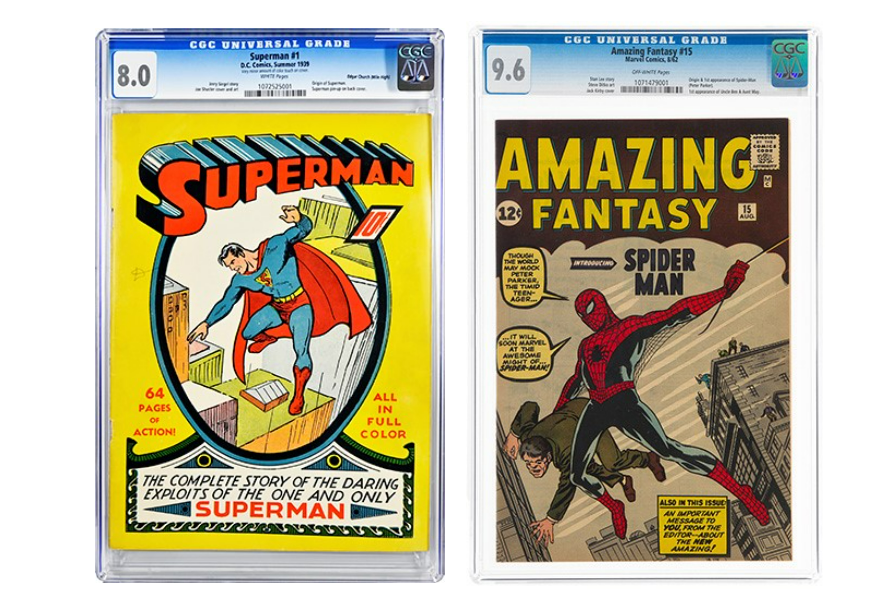 Certified Guaranty Company, is excited to announce it has surpassed another milestone: 10 million collectibles graded! To celebrate, CGC Grading has special giveaways planned for fans on its social media channels. Follow CGC Comics on Instagram and TikTok, and CGC Trading Cards on Instagram and TikTok for a chance to win special prizes beginning Friday, April 29, and continuing through the weekend!

CGC Grading revolutionized the comic book industry when it was founded in 2000. The company provides clear, impartial assessments of authenticity and grade so that collectors can have peace-of mind about their purchases across all formats including comics to trading cards or concert posters.

CGC employs the most experienced graders in history to ensure that your collectible is accurately graded and assigned with a grade according its true market value. By using state-of -the art holders, we provide better quality displays for our customers while preserving their investments longer than any other company can do so far!

The comic book industry is experiencing unprecedented growth, with multi-million dollar sales and record setting copies. One particular copy of Superman #1 set a new benchmark for any superhero novel or story ever released when it was sold at an auction in January 2022 for $5 million dollars – making this the most expensive single issue publication on earth! 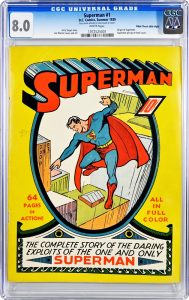 What are the most expensive Comics in history? Well, it turns out that some of them can be quite pricey. For example there is a copy og Action Comics #1 (CGC 8-5) which was sold for $3 million dollars back in 2014 and another one Captain America comics number 1 CGC 9 4th printing which went at auction last year when he reached just under 3milllion bucks! Check out all the prestige sales that reached over $1 Million dollars & More here!

The CGC Trading Cards have achieved a milestone of their own recently. They’ve certified 1 million trading cards in just 18 months! This is impressive considering that they were only established less than two years ago, and it demonstrates how quickly collectors/dealers have embraced these services for expert authentication & grading on TCGs (Trading Card Games).

CGC Trading Cards certified many amazing cards since launching in July 2020. These include a Test Print Blastoise that was created for Wizards of the Coast (WotC) to prepare English Pokémon before they were released and realized $360,000 at an auction last January—a record price ever paid on one card!

One of the most iconic concert posters in history, a CGC-certified Grateful Dead poster from their show at San Francisco’s Avalon Ballroom on September 16-17 1966 sold for $137,500. The high prices are evidence that this collectibles market is growing exponentially.

The CGC certification service has certifies magazines including Sports Illustrated. An edition from October 1981 featuring Wayne Gretzky and graded at 9.4 sold for $30,000 in a recent sale!

CGC certifies that each issue has been carefully preserved over the years by collectors who view these classic issues not just as sources of information, but also as pieces of history. Thanks to CGC’s efforts to preserve these rare issues in pristine condition, future generations will be able to enjoy this beloved publication long into the future.

CGC offers expert grading and encapsulation for lobby cards, which were the most popular form of advertising displayed in movie theaters during much if not all 20th century. These specialties carry with them an historical significance that mirrors today’s modern commercials on TV or online media sites such as YouTube where videos can be uploaded by companies wishing to promote their products without having large budgets necessary just because there is still room left over from what was once available back then when these pre-recorded films would advertise products exclusively through this means only.

In November 2021, a “Snow White and the Seven Dwarfs” lobby card graded CGC 9.2 sold at auction for $1,620, recorded on CGC Official auction stats.

What Collector’s & Fans have been waiting for!

CGC Grading is launching a new division to grade video games, and it’s only the beginning! The company plans on extending its superior services in later this year with an initial launch that includes grading for all types of gameplay including games from Commodore 64, Atari and the most recent gaming stations Xbox Series X & Playstaion 5! So go to your attic, basement, garage or flea markets and start digging for these treasures and send them to CGC!