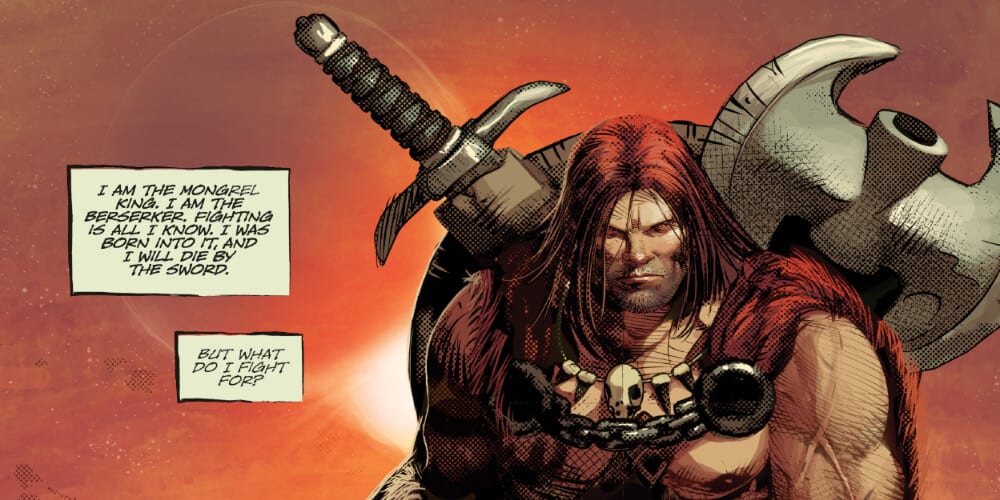 Just a few months ago, Mike Deodato Jr left Marvel Comics after a 20-year long career with them. His last work with them was Savage Avengers—and the series was great (still is). And his style lent perfectly to Conan the Barbarian and this haphazard team of Marvel’s most brutal characters. As it turns out, this might have been practice for his first creator-owned endeavor, Berserker Unbound, with writer Jeff Lemire. Lemire and Deodato Jr’s Berserker Unbound is two things. First, it’s a beautiful epic with great characters that you will instantly love. And second, it’s about 96 issues too short.

Meet the Mongrel King of the Kingdom of the Mist, the Unbound Berserker Himself 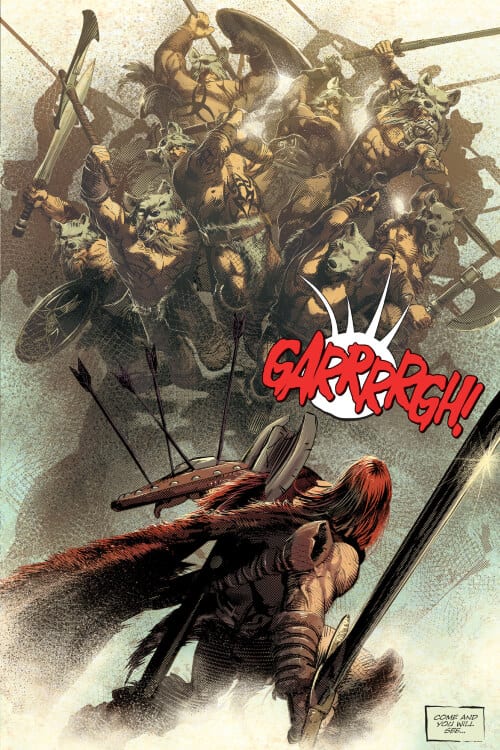 At the center of Berserker Unbound is a very Conan-like character. Once a slave, the “Mongrel King,” sets himself and others free, and then builds a village where they can live. When he’s out doing what warriors do, fighting monsters and just generally being a badass, an evil wizard burns his village down, killing the Berserker’s wife and daughter. Of course, Lemire’s story is the classic revenge-plot set up. However, Berserker Unbound feels different thanks to Mike Deodato Jr. Though his art was violent enough in Savage Avengers to earn a parental advisory label, for this series, he’s truly…well…unbound. There are a lot of limbs and heads flying in these pages. But his most fascinating feats of labor come later. 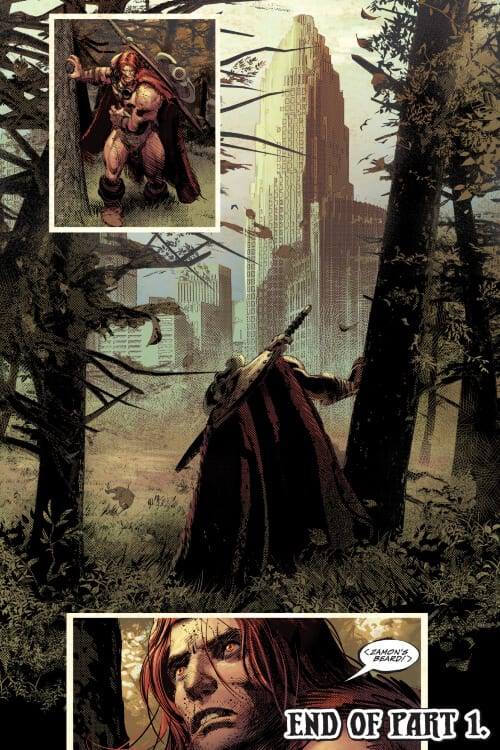 To escape the evil wizard’s army, Berserker runs into a cave, where he’s transported to our world. Here, the four-issue series takes an interesting turn. We meet Cobb, an older homeless man living in the woods outside the city. When he finds Berserker, Cobb patches him up as much as possible, and insists he wants to be left alone. They don’t share a language, but they try to communicate regardless, leading to some hilarious misunderstandings. After Lemire and Deodato Jr bring Cobb into the mix, the story quiets down, and we focus more on both men as two lost souls. Cobb takes him on harrowing adventures, like going to the food bank and soup kitchen. The best parts come after they get a bottle of whiskey and drink together—and figure out the one word they share: 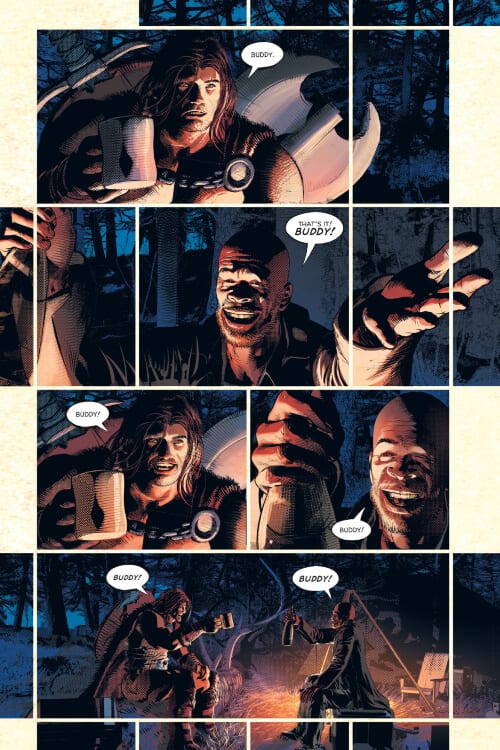 The chemistry between Cobb and Berserker makes up for the faults of the series. Because of this, you want to see how these two very unlikely friends progress. But that strength is also a weakness.

Berserker Unbound is Far Too Short for the Story it Tells 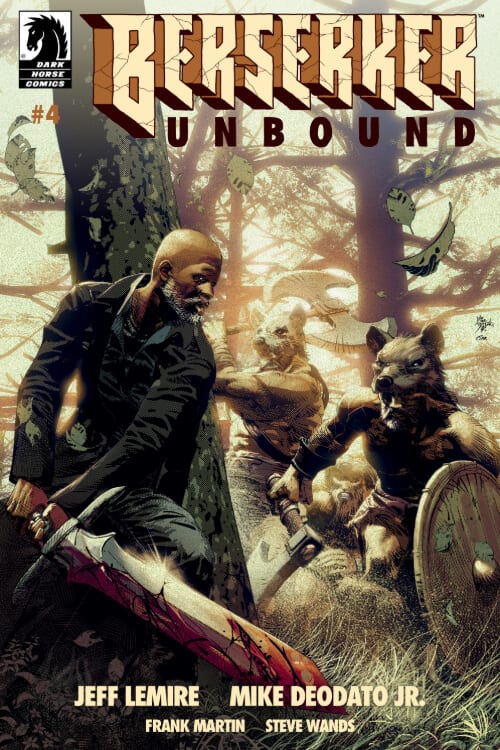 It’s probably one of the best complaints a writer and artist can get. I wanted more. A lot more. Because at four issues, it feels like we’ve barely scratched the surface of Berserker Unbound. But there is some hope. On the spine of the beautiful hardcover edition, it does say “1” at the bottom. I only hope that if Lemire and Deodato Jr do come back to these characters, it’s sooner rather than later. 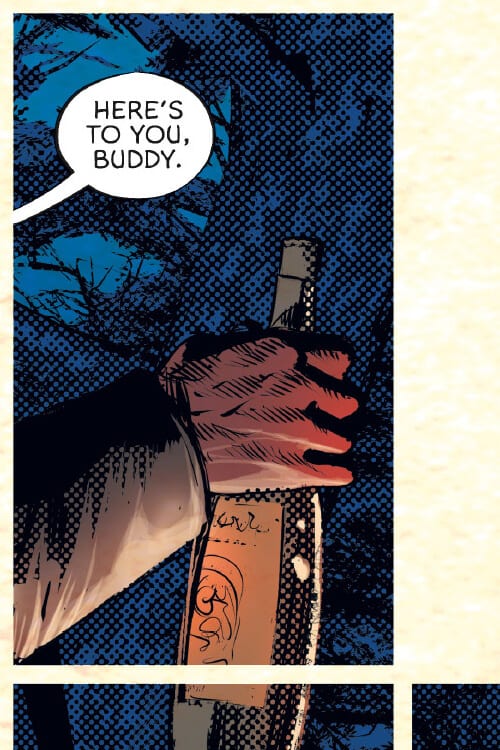