Where To Find The Loki Charms Limited Edition Cereal 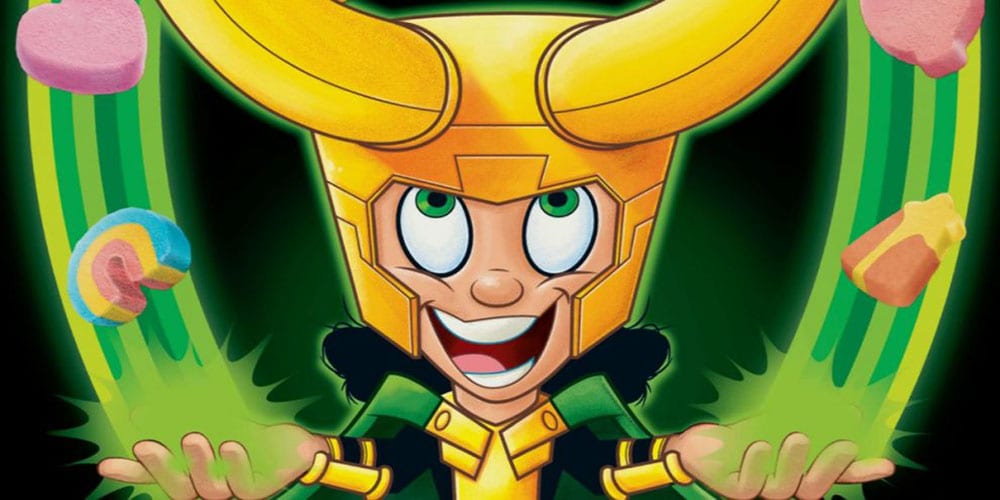 There’s a lot of excitement around the upcoming Loki series on Disney+. For MCU fans, the run of series recently released on the platform has been a godsend. Now the MCU is sending a God to follow-up the successes of The Falcon and The Winter Soldier and WandaVision. If you’re looking forward to Wednesday, then you’re not alone. It’s going to be a long couple of days waiting to get our eyes on this latest show. While you’re planning your watch party, why not make a meal of it? A new collaboration between Marvel and General Mills is bringing us the Loki Charms limited edition cereal. Here’s how to get a box!

Where to find the Loki Charms Limited Edition Cereal

The Loki Charms cereal is going live online the same day the show debuts on Disney+. The word place in this collaboration between Marvel and General Mills is top-notch. As we all know, regular Lucky Charms are great. That said, everyone loves a good twist on a classic. Why not go big with something unexpected like Loki Charms? With the tagline “Mischievously Delicious,” you might think Loki is a lot wilder than Lucky. Don’t let the green guy fool you; Lucky The Leprechaun vs Thanos would be a closer fight than you might imagine.

You can place an order of your own Loki Charms limited edition cereal at a special Lucky Charms website. The site will go live with orders at 11 a.m. EST on Wednesday June 9th. There are 3,500 boxes up for grabs, so you might want to be fast. If you have magical mischievous powers, then now would be the time to use them.

Let us know if you’re looking forward to Loki on Disney+ in the comments! Thanks as always for reading Comic Years for all things MCU, comics, and pop culture.