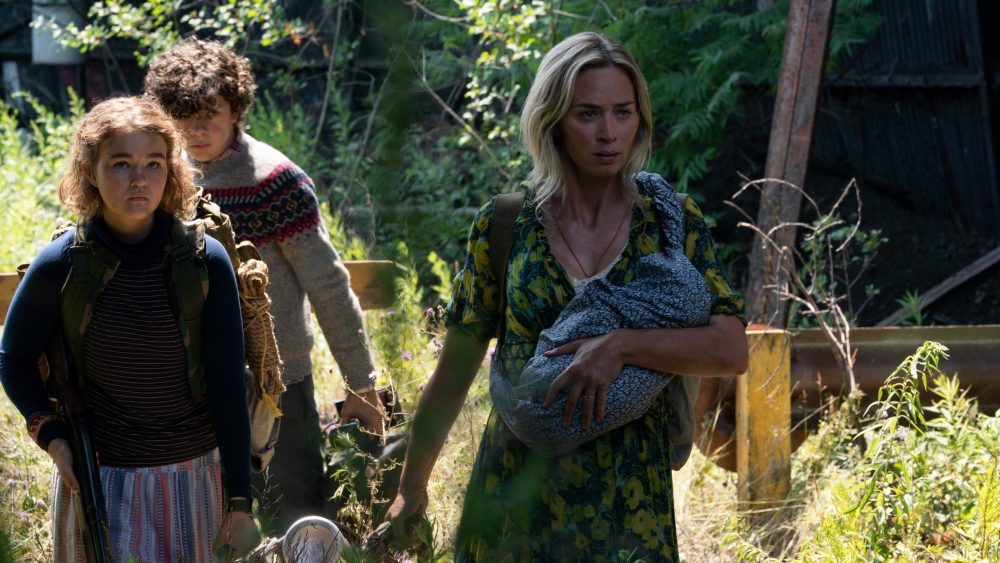 Unless you’re living in Canada like me, a.k.a. the land of the closed movie theaters, odds are you have left your very own quiet place to watch A Quiet Place Part II. The film has managed to dominate box office records in a world where the coronavirus pandemic continues to impact film success. Due to its financial success and the unique horror premise, we weren’t surprised to hear that A Quiet Place Part 3 is confirmed to be on its way. News of a spin-off has been in the works for months, but now we know a little bit more about what to expect and when to expect it. Let’s take a look at what we know about the third film so far!

The A Quiet Place films have solidified themselves within the tier of horror films that are equal part terrifying and equal part phenomenally produced. These movies use an exciting blend of sound design and family-centered fear to creep us out more than your average spooky flick. The sequel answered most of our questions about the first film, including where the heck these monsters came from, so now we’re left wondering what is in store with a third film.

Both films feature director John Krasinski, who also acts as the father of the Abbott family. His direction for both films was universally praised, establishing him as far more than your basic comedy actor. Unfortunately, Krasinski will not be sitting in the director’s chair for the third film. Jeff Nichols (Take Shelter, Mud) will be taking his place. Nichols will also be writing the story, though it remains based on an idea of Krasinski’s.

For those afraid of ditching Krasinski’s point of view on the story, fear not. He will return as a producer, alongside Michael Bay, Andrew Form, and Brad Fuller, with Allyson Seeger executive producing.

Readers, we want to hear what you anticipate from A Quiet Place Part 3 now that it’s confirmed. Do you want to continue following the Abbott family or spin off in a completely new direction? Drop your thoughts in the comments below!