Cruella Spoiler Review - Do We Ever Hear Her Roar? - Comic Years

Home » Pop Culture » Cruella Spoiler Review – Do We Ever Hear Her Roar?

Cruella Spoiler Review – Do We Ever Hear Her Roar? 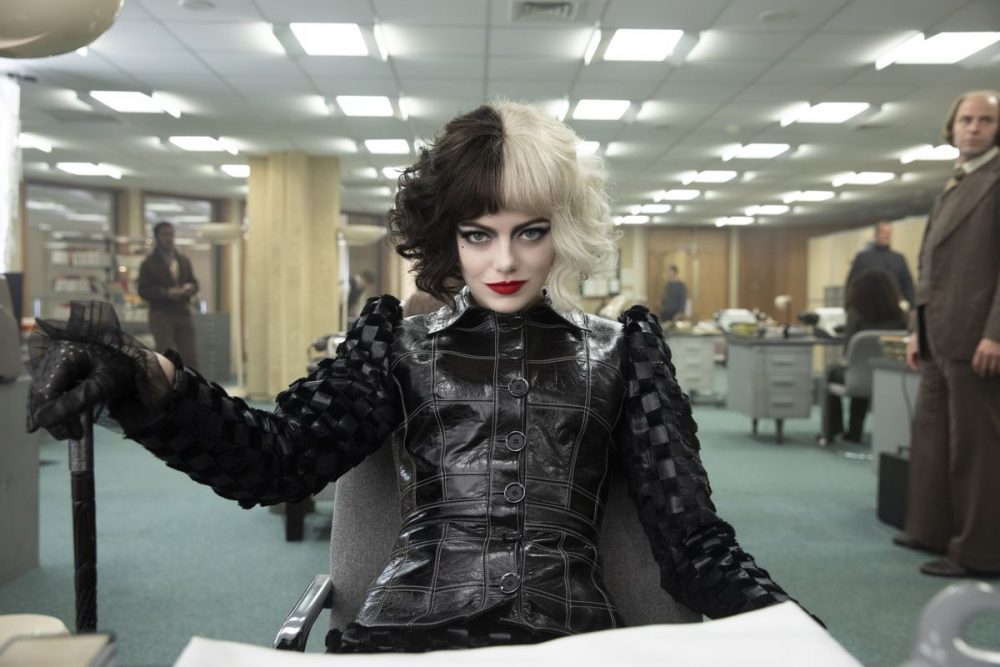 What is your favorite older Disney movie? We hear this question a lot. Answers often end up being The Lion King, Beauty and the Beast, or, if you’ve got great taste, Hercules. Has anyone ever claimed that 1961’s One Hundred and One Dalmations is their favorite? While the film is pretty innovative and led to the exciting 1996 live-action adaptation, it was hardly the first movie we consider when wondering what Disney will re-adapt next. We’ll be taking a look at whether this new adaptation is necessary or if it’s just another fun way to spend a few hours in this spoiler review of Cruella.

If you haven’t seen the movie, we recommend bookmarking this page and heading over to our spoiler-free review of Disney’s Cruella first. We’ll see you after you’ve streamed it with Disney+ Premier Access!

Our Spoiler Filled Cruella Review – What Did We Expect?

I probably watched one of the two pre-2000s 101 Dalmations films as a child. And by that, I mean that it may have come on the television while I was stuck at home and sick on the couch, or maybe my parents put it on to keep me distracted. But if you asked me to explain the plot, I couldn’t say more than that there are at least 101 dogs in it. Oh, and there’s an eccentric-looking woman who wants to take those dogs for some questionable reasons. Suffice to say, it’s not a Disney film with a lot of rewatchability.

So, why did Disney choose to adapt this one? First of all, as our spoiler-free review explains, the film is less of an adaptation and more of an alternate take. As the title of the film would suggest, we’ve ditched the dogs (well, 98 of them) for a coming-of-badness tale about Estella, a.k.a. Cruella de Vil.

2014’s Maleficent proved that audiences are equally excited about seeing the point of view of film antagonists as they are about watching the happy and hopeful Disney content that we all know and love. This, mixed with the fact that people seem to love the bad guys (and gals) and antiheroes even more than the heroes (#ThanosDidNothingWrong, amirite?), has inspired Disney to keep telling us all about why their presence as a villain is justified. Does it work for Cruella?

What Cruella Does Instead Of Skinning Puppies

The Craig Gillespie-directed Cruella begins by introducing us to our rebel-without-a-cause, Estella (Emma Stone.) She’s clearly creative and more than a little bit spunky, which quickly leads her to be booted from her fancy school. She heads towards London with her mom, Catherine, who makes a quick stop on the way to ask for some financial help. As it turns out, rich people don’t like to be asked for money on the night of a big party, and they hate it even more when a child shows up to cause a ruckus.

Estella, who we clearly know as a girl who doesn’t follow directions, promptly enters the party and causes a scene. She is chased by a trio of dalmatians, who seemingly accidentally end up targeting Estella’s mom, pushing her off a cliff to her death. What a party! This leaves poor Estella to blame herself for her mother’s death, and she quietly escapes to London on her own. Here she meets Jasper and Horace (Joel Fry and Paul Walter Hauser), two similarly rebellious kids that go from adventurous to conniving to get by. 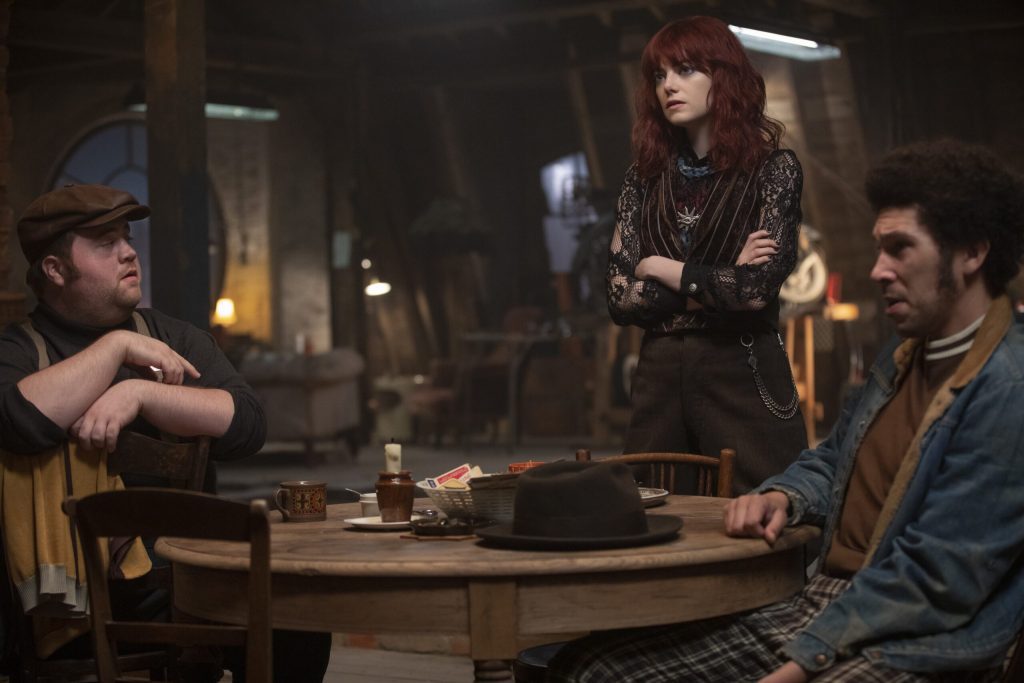 From Disguises To Dresses

A decade later, Estella is now a young woman who has never given up on her creativity. She uses her skills as a fashion designer to create disguises for her and her pals to play out small-scale heists until one of them graciously finds her a job at a swanky department store. She starts cleaning bathrooms until she gets tired of her lack of fashionable input, where she drunkenly rearranges a store window. To the shopkeepers’ dismay, she impresses one of the biggest fashion designers in 1970’s London: The Baroness (Emma Thompson.)

We all love watching people reach their full potential. However, for Estella, this journey meant coming across a boss in the fashion world who can only be compared to The Devil Wears Prada‘s Miranda Priestly in terms of her cold, get-it-done demeanor. While our titular character may have promised herself and her late mother that she would keep her head down, audiences knew enough to know it wouldn’t last for long. As expected, it doesn’t.

Things Get Wild Quickly In This Spoiler Filled Cruella Review

In a shocking turn of events, we find out that the Baroness actually killed her mother. Catherine had been asking the Baroness for a bit of financial help, as she was a former employee of the designer. Put off by her insistence, the Baroness uses a dog whistle to sic them on Catherine. This revelation inspires Estella to escape inside her alter-ego, Cruella, and get revenge on the Baroness. This is done by upstaging her at all of her events and later ruining her latest fashion collection.

The next reveal of the film is even bigger and comes as a surprise that I would never have anticipated. The Baroness is actually Estella’s mother. A true narcissist who couldn’t handle the idea of sharing her life, the Baroness gives her baby to Mark Strong’s John with the intention of killing her. As one would hope, John can’t just kill an infant. He gives her to Catherine, and the Baroness moves on peacefully, thinking that her child is no longer.

Yes, you are correct. We all just watched as a new mom begged her one-day-old daughter to be murdered in a Disney movie. Times are changing, folks. 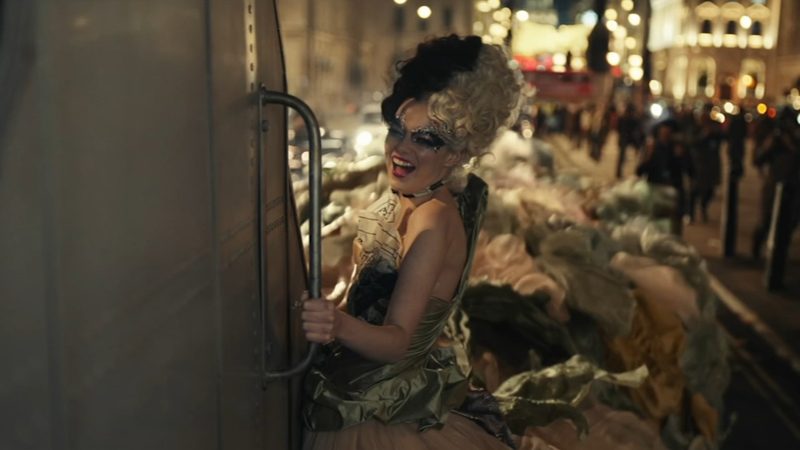 Naturally, the Baroness isn’t too fond of watching a young designer trying to take over the fashion scene. She sets Estella’s home on fire, putting the blame on Horace and Jasper. Though, John comes to the rescue once more, saving Estella and helping house her as she hatches a plan to get back at the Baroness. We anticipate a cold-blooded murder but are fine with what happens instead. The Baroness is taken to prison for murdering Estella, giving Cruella the chance to truly take over. Now the inheritor of the ginormous estate, Cruella is free to work in fashion and plan schemes for the rest of her dog-filled life.

At its core, Cruella truly has an opportunity to be something great. The 70s aesthetics, beautiful set design, and costumes are always at the top of their game. Additionally, the musical score of the film is more impressive than it has any right to be. It feels both chaotic and calming simultaneously, perfectly matching the tone of Cruella’s every move.

The true power of this film comes from one of its leads. We all anticipated falling in love with Emma Stone’s performance as Cruella in the film. After all, she’s the clear leading woman. She has shown her ability to stand out and take command of a scene in her Academy Award-winning performance as Mia Dolan in La La Land and blew us away with the under-appreciated Maniac where she plays Annie Landsberg, a woman with borderline personality disorder. And while she is perfectly competent and fun as Cruella, she doesn’t manage to steal any scenes from the clear standout: Emma Thompson. 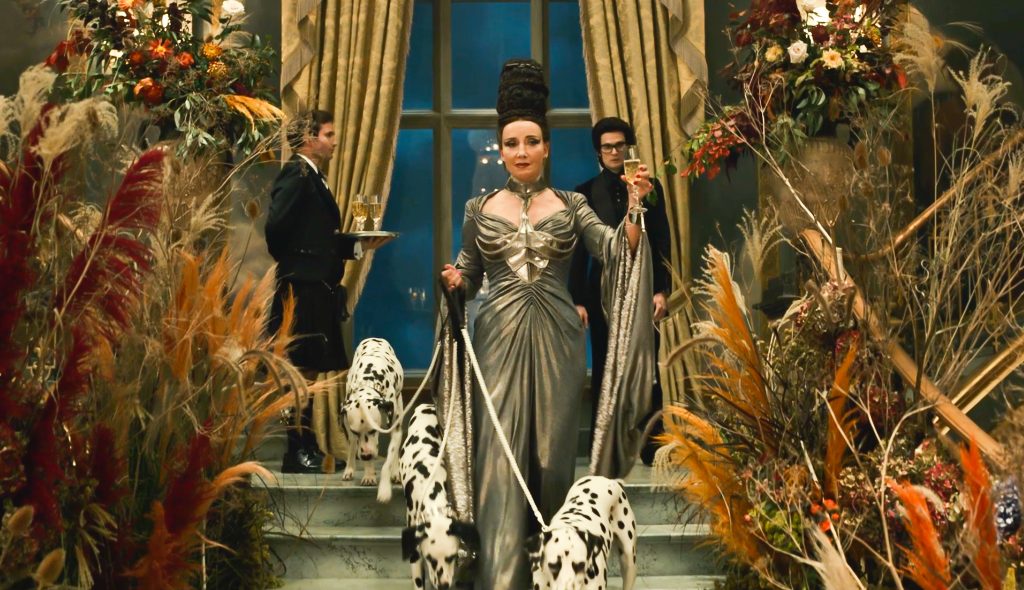 There are few folks out there who are as impressive as Emma Thompson. She has done it all. From acting in stage productions to winning Oscars for both acting and screenwriting, we thought we knew just how good she is on screen. Yet her role as the Baroness is something that we see her completely transform for. She is cold, calculating, and completely believable as a baby-killing, fun-hating, design-stealing powerful player in the fashion industry.

Disney, I’d like to put in a request that Emma Thompson’s Baroness von Hellman be your next villain origin story, please. And if Emma Thompson can work her way around the script as she did with 1995’s Sense and Sensibility, we’d pay far more than the already-hefty Disney+ Premier Access fee.

Not Everything Is Perfect In Cruella’s World

Overall, our spoiler review of Cruella is pretty positive. The film is fun and has genuine twists while also being pretty daring for a Disney film. But like any great adaptation, it is not without its faults.

Its 134-minute runtime almost feels as if the filmmakers behind Cruella had to keep reminding themselves that this is still, at the end of the day, a Disney movie. The definitely unnecessary clips of dogs doing their business, Cruella’s side-kicks having unfunny dialogue designed to be comedic moments, and setting up characters like Anita Darling or Artie, whose potential is never lived up to, all feel like a waste of time that distracts us from the scenes that we really want to get to; the ones with one of the Emmas. 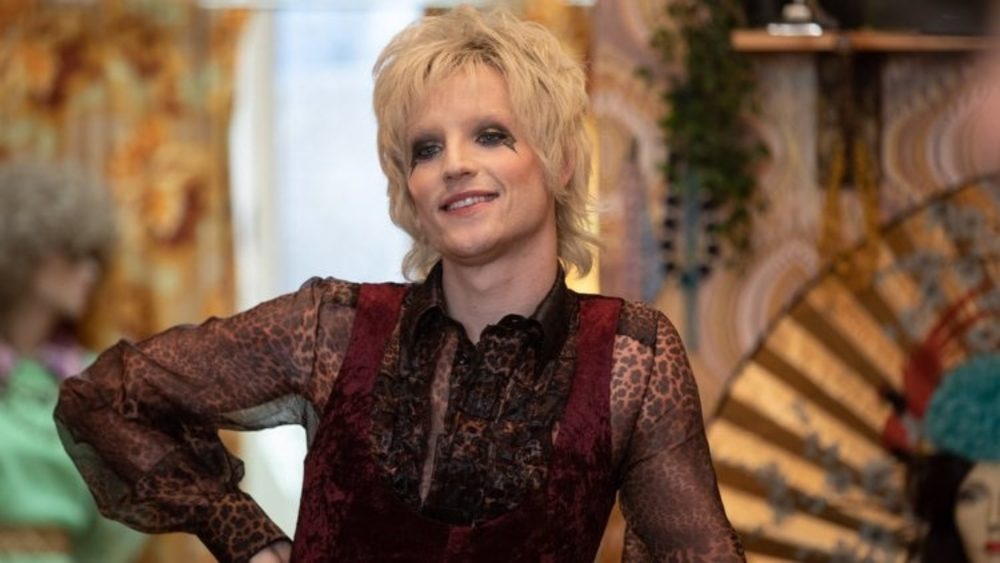 Our second piece of criticism is that we’re never really rooting for anybody. Sure, we want Estella to get revenge for the death of her mother. Otherwise, the design of her character has a rocky foundation at best. Her passion for fashion isn’t fully explored, and we don’t have a sense of understanding for what goals she would like to accomplish are beyond kicking the Baroness to the curb. The film’s ending has enough of a set-up for a sequel, but it’s not something that feels compelling enough to want to see.

Finally, Cruella isn’t that bad. She’s chaotic, sure. But when will a villain origin story truly lean into the madness of a Disney baddie? We’re more than ready.

A Film Worth Watching If You’re After Some Fun

This film cost me $34.99 to stream in Canada. For a solo movie watcher, that’s a steep price to pay for two hours of a film and is an even bigger reminder of how much I miss the movie theater. But for those streaming at home with a family full of Disney fans, this is clearly worth the price tag. It’s an enjoyable way to spend a Saturday night and filled with enough fun to make any viewer come away with something positive to say.

Readers, do you agree with our spoiler review of Cruella? Let us know what you loved (or hated) about the film in the comments below!