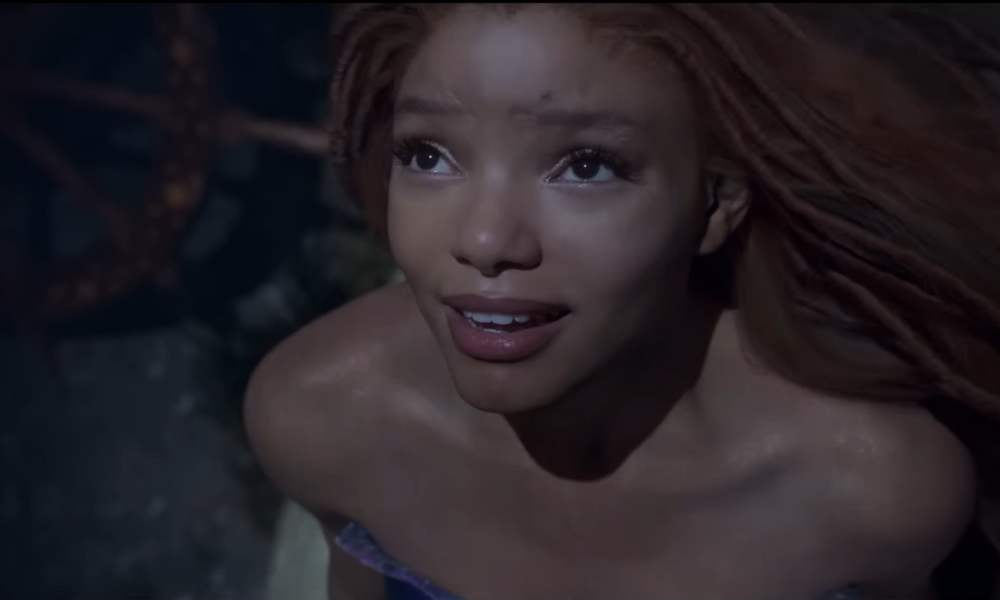 Disney has revealed the first look at Halle Bailey’s Ariel for The Little Mermaid Movie 2023 live-action remake of the iconic Disney animated movie.

After years of waiting, we finally got to see the first look at the live-action remake of The Little Mermaid Movie 2023 at Disney’s D23 Expo. Halle Bailey stars in the top-awaited live-action film. She is best known for being the half of the music duo Chloe x Halle with her sister Chloe Bailey. The music duo has earned a total of five Grammy Award nominations since 2018.

Jonah Hauer-King will portray Prince Eric, Javier Bardem as King Triton, and Melissa McCarthy as Ursula. Meanwhile, Rob Marshall will direct the movie. Marshall is not new to directing musical-themed movies, as he also directed 2002’s Chicago and the movie adaptation of Stephen Sondheim’s Into the Woods in 2014. He’ll also be one of the film’s producers, joining John DeLuca, Marc Platt, and Lin-Manuel Miranda.

The Little Mermaid movie 2023 remake will also feature new songs with the help of Lin-Manuel Miranda as its lyricist, who was also the man behind the songs from the blockbuster film Encanto. Alan Menken will return as the movie’s composer for the movie’s musical score and songs. Menken scored the original animated film in 1989.

The famous movie is loosely based on Hans Christian Andersen’s children’s tale with the same title. The story follows the life of Ariel, a mermaid princess who wants to go to the surface world in pursuit of Prince Eric. She would later make a deal with Ursula to become human, but with the ultimate price. 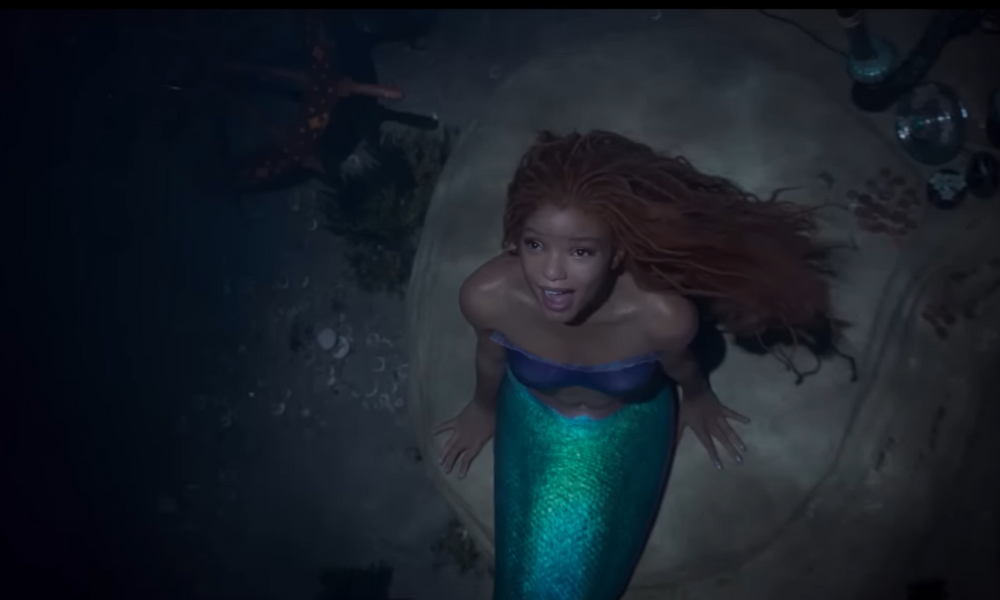 At the recent D23 Expo, Disney teased us with a brand new look at Bailey’s transformation as Ariel. We saw her swim across the underwater landscape with her striking sea-green-colored tail and a snippet of Bailey singing “Part of Your World.” The audience during the D23 was able to witness the whole scene of Bailey singing the famous song.

You can watch The Little Mermaid movie 2023trailer here.

During D23, Marshall spoke highly of Bailey’s work in the film. He called her performance in the film a “tour de force” while introducing the trailer. Bailey also mentioned that the film sequence for the song “Part of Your World” took three days to film.

Based on what we see from the teaser trailer, The Little Mermaid  movie 2023 will also use the live-action and CGI hybrid like many of Disney’s previous films. That said, the film will join Disney movies like The Lion King, Lady and the Tramp, and the recently-released iteration of Pinnochio.

As of writing, Disney hasn’t released an official synopsis for the movie. The live-action show might follow the plot of its original animated movie. But it can also take a new contemporary route for Ariel’s story.

As for the songs and music, we already know they will be slightly different compared to the 1989 version. But we’ll surely see more of Bailey’s singing chops throughout the film. Marshall also revealed that there are four new songs that Lin-Manuel Miranda has written for the movie.

Bailey’s casting was first announced in 2019, and it received a number of backlashes. Some commented that she doesn’t fit the part, recalling that Ariel was initially portrayed as having caucasian skin. In an interview with Variety, Bailey said that she was able to push through with it all due to her family’s support.

“It was an inspiring and beautiful thing to hear their words of encouragement, telling me, ‘You don’t understand what this is doing for us, for our community, for all the little Black and brown girls who are going to see themselves in you.'”

After years of preparation, we’re ready to see more of Bailey’s performance in The Little Mermaid movie 2023 as it hits the theatres on May 26, 2023.