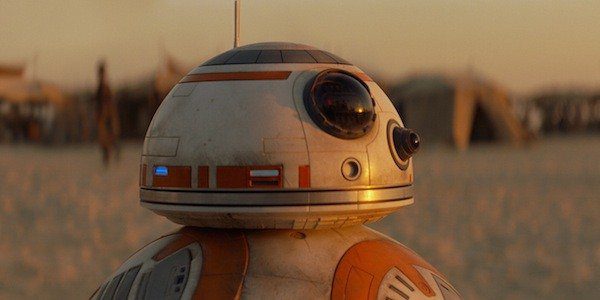 LEGO. Star Wars. Halloween. On their own, all three of these things are pretty darn fantastic. But what happens when you put them all together? In time for Halloween, Disney+ has announced that they’ll be dropping LEGO Star Wars Terrifying Tales, an animated special that is sure to give us as many tricks as treats.

This animated special will mark another collaboration between Lucasfilm and Star Wars along with the LEGO Group. It will tell a spooky story that takes place after The Rise of Skywalker. BB-8 pairs up with his old pal Poe Dameron, and the two must make an emergency landing on Mustafar. Here they’ll meet Graballa the Hutt, a crime boss who is renovating Darth Vadar’s castle. A castle previously belonging to one of the most menacing villains in the universe, and it’s Halloween-themed? Count us spooked.

While traveling through the castle, the pair will meet some friends and foes. One of them, Vaneé, will be responsible for all of BB-8’s nightmares as she tells them classic Halloween stories that are set to scare and relate to the history of the Star Wars lore.

The dark side strikes back in a terrifying way this October. 🎃 LEGO Star Wars Terrifying Tales, an Original Special, starts streaming October 1 on @DisneyPlus. pic.twitter.com/02P85EF1uQ

LEGO Star Wars Terrifying Tales will premiere on Disney+ on October 1st for all subscribers. The special, which is in collaboration with Atomic Cartoons, is sure to be a hit while we’re in need of some Halloween fun and in-between Star Wars content!

Readers, let us know your expectations for this animated special. Are you a fan of the Lego Star Wars media? As always, drop your thoughts in the comments!