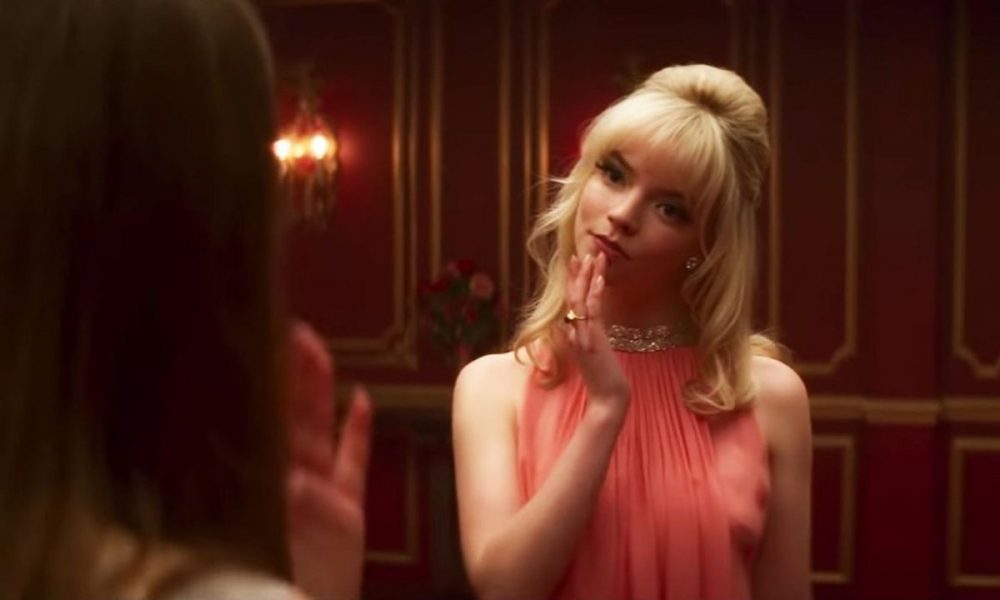 2021 was destined to be a year filled with highly anticipated films. After all, we’re coming off of a series of pandemic delays and are seeing an impressive amount of original screenplays. When I planned my year of theater visits, Edgar Wright’s next display was at the top of my “must-watch” list. And those days of hope are a part of the nostalgia that this film brings. Because while it tries to do a lot of great things, it succeeds at few. And none of them include being a great movie. Find out why we’re left in a haze of confusion in our review of Last Night in Soho.

Just a heads up. This review of Last Night in Soho includes mild spoilers. Proceed with caution.

Last Night In Soho Review – Too Many Ideas, Too Much Time

Last Night in Soho follows Thomasin McKenzie‘s Eloise, a.k.a. Ellie. The bright-eyed youngster has been accepted at her dream school, and she’s sent away to London to study fashion design. Immediately, Ellie is a fish out of water. She has been sheltered in her small town for too long and is thrown off by the socially aware students that drink and party.

Ellie begins searching for a new home on her second day in London in a desperate attempt to avoid going home to a sock on the door every night. She is successful and moves into the top floor of an old building owned by Ms. Collins (Diana Rigg.) Shortly after her arrival, she begins having dreams of the beautiful and talented Sandie (Anya Taylor-Joy) as she dances through the 1960s.

It doesn’t take long for Ellie to be consumed by Sandie and the promising nightlife of a vintage London. While Ellie struggles to stand up for herself, Sandie is bold, confident, and knows what she wants. But these qualities only end up getting her in trouble, and the film ultimately finds itself becoming a commentary on the horrible treatment that many young wannabe stars go through.

A Film Not Without Its Positive Notes

It’s hard not to love Thomasin McKenzie. Best known for her role in Jojo Rabbit, she exudes a level of fun curiosity. She is put in a demanding position that requires her to be terrified of her own dreams and walk the line between madness and normalcy, and she does it with ease. Another highlight is Anya Taylor-Joy, who unsurprisingly captivates us with her iconic charm. In fact, the entire cast does well with what they’re given, and we can’t put any of the faults on them.

The allure to the film goes far beyond a look into a famous city. Arguably its biggest draw is its director, Edgar Wright. Known for films like Baby Driver and Scott Pilgrim vs. the World, he’s become known for his ability to create something magnetic based on its aesthetic alone. But style over substance can only work so often, and leaning on it when you’re making a film about mental health and the dangers of being a woman isn’t the time nor the place. 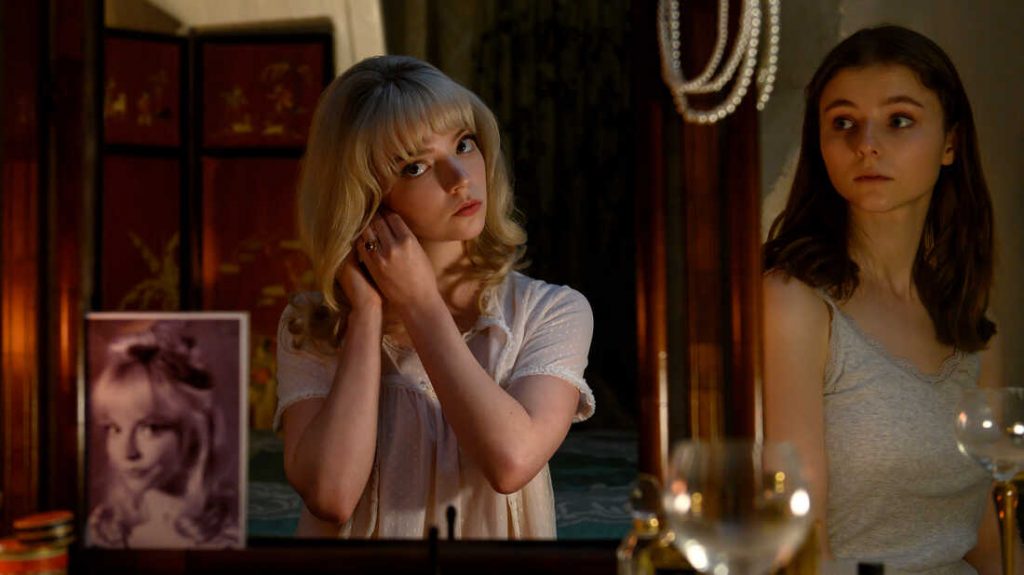 Last Night in Soho Tires Us Out With Its Genre Questioning

Different reviews and descriptions of this film will tell you a different tale of its genre. Is it a fantasy thriller? A psychological horror? A glamorous action film? What might be the core of the film’s problems is that it genuinely doesn’t know where to fall. There are many ideas that begin from the first day that Ellie arrives in Soho, but few of them make it to the end. And the ones that do are insulting at best.

We quickly learn that Ellie has a history of mental illness in her family. Her mother died by suicide, and she’s been known to have hallucinations in the past. After a particularly bad episode of seeing Sandie in harm’s way, a police officer asks Ellie if her family has a history of schizophrenia. While she may try to deny it, the audience knows that it is there. Because of this in-your-face assumption about the realities of Ellie’s delusions, we never get the opportunity to believe that this is an actual horror movie. Sure, there are some elements of truth to what she is experiencing when she sees Sandie going home with men paying to assault her. But its execution, and especially the film’s ending, point a big finger to Ellie’s neurotransmitters.

We have seen our fair share of horror films that are based on protagonists dealing with mental illness. Here, the level of desperation that this film uses to grasp at the straws of a diagnosis ends up making a mockery out of people with schizophrenia and other psychosis. Ellie isn’t given the answers that she needs. The world ends up forgetting her traumatic experiences just because she ends up achieving her designer dreams, and any notions of mental health are swept under the rug. 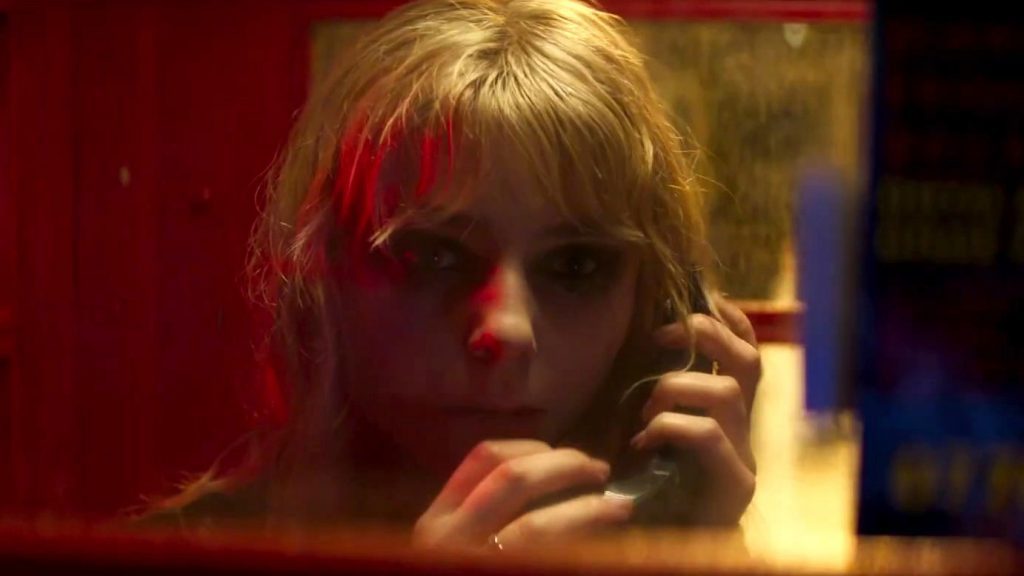 Did I Watch or Review Last Night in Soho Through The Male Gaze?

Another fault of the film is the way that it treats women. While it’s always lovely to have a film filled with female leads, we can’t help but recognize that this film is spilling with oversexualized representation. Some may point out that a part of this is simply due to the plot. Sandie fails to reach her dreams of being a famous singer because she is “pimped out” and used for her unique beauty. But why should that mean that Taylor-Joy must be wearing nothing but lingerie in half of her scenes?  While the film attempts to make some commentary on how such women are treated, it ends up being a hypocritical mess.

Brief moments near the climax of the film make us wonder if Wright and co-writer Krysty Wilson-Cairns wanted to create a rape-revenge thriller. But our potentially fierce and justified vigilante ends up betraying the one person that she could have relied on. It is not a feminist take on taking control over your body. Rather, it’s an immature response to asking what a powerful woman might look like when she’s all out of options. 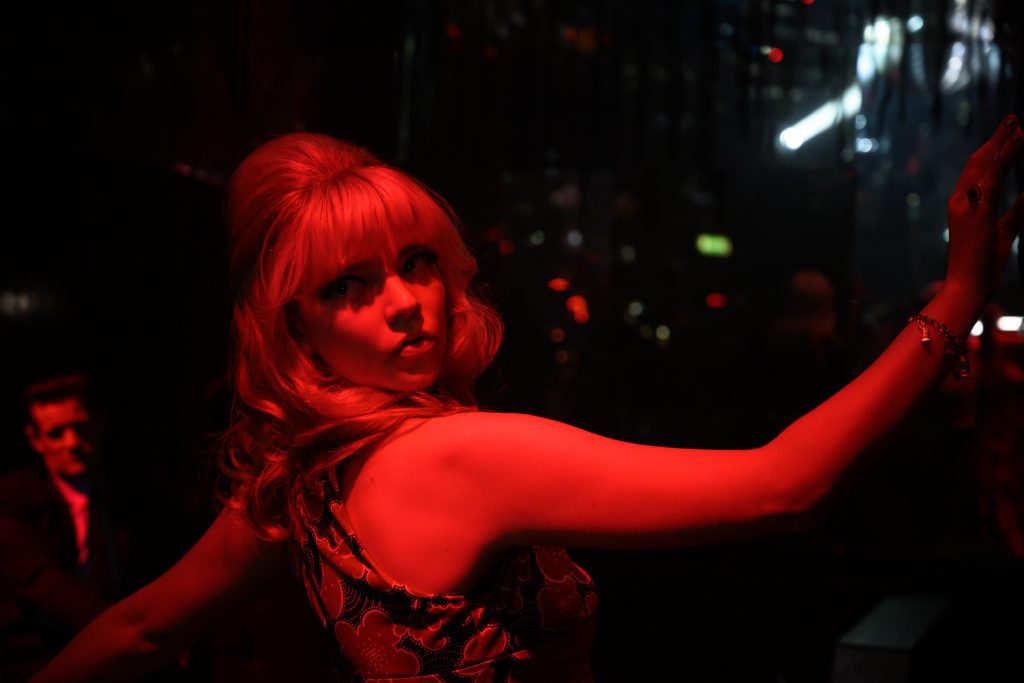 Do you want to find out if you agree with our review of Last Night in Soho? You can catch it in theaters now.

Let us know your thoughts on the film in the comments. We want to know if you agree that the film failed to live up to its potential or if you thought it was a feat in filmmaking!