Every superhero needs a mask and an arguably cooler best friend who totally deserves their own spinoff. Batman has Alfred. Daredevil has Foggy. And Barbara Gordon’s Batgirl has had her best friend Alysia Yeoh, the trans Batgirl character that first appeared in Batgirl (vol. 4) #1 written by Gail Simone and illustrated by Ardian Syaf, and the upcoming Batgirl movie jus announced they cast Ivory Aquino as Alysia Yeoh!

Who is Alysia Yeoh: The Trans Character Who Completes Batgirl

In the comics, Barbara Gordon and Alysia meet because an ad posted on “Greg’s List”. The two quickly become close, and there’s this whole parallel story going on where both women have something to hide. Alysia tries to come out to Barbera a few times, and Barbara is nearly outed by her horrible work/life balance. That Alysia’s queerness is equated with Barbara’s secret life punching clowns is among the better LGBT allegories in comics. A lot of times, queer identities are positioned as a vulnerability or a catch-all tragic backstory. This time it was equated with power and agency instead of weakness and passivity. Being trans does drive her character and create internal conflict, but that’s just an accurate image of coming out. That’s why we’re glad DC took care in casting Ivory Aquino as Alysia Yeoh. 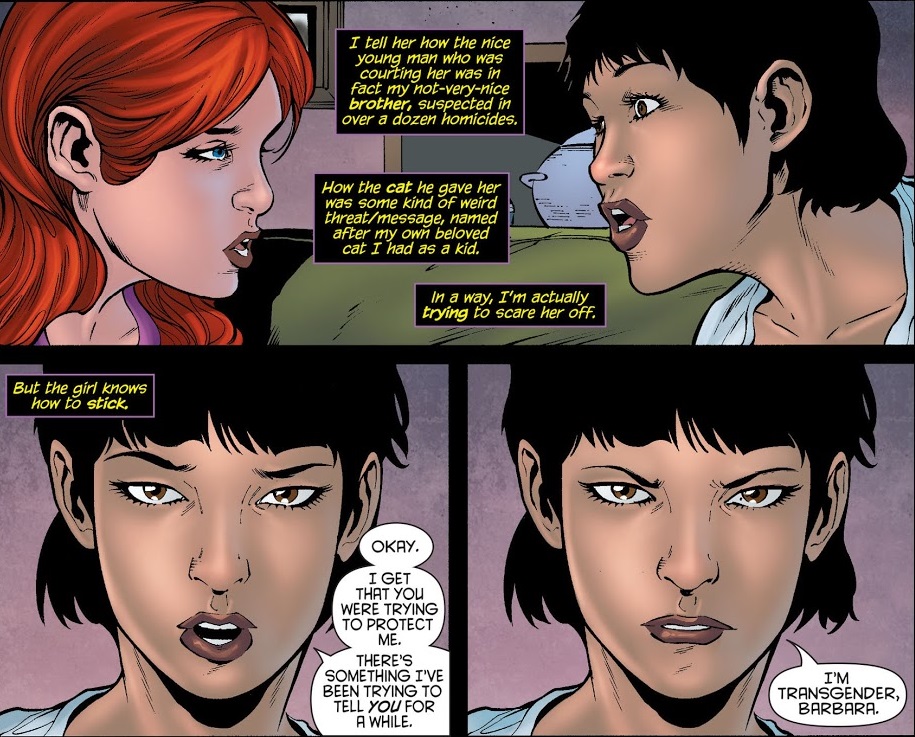 Alysia’s role in the Batgirl comics works so well as trans representation because her queerness does influence her character, but it’s not every plot point. She can both connect with Batgirl because of mutual secrecy and then go off and have terrible taste in men by dating Gordon’s psychopath serial killer brother James. That’s a win for representation! Trans or cis, everyone could date a monster who drugs his sister so she can be forcibly married to Joker. 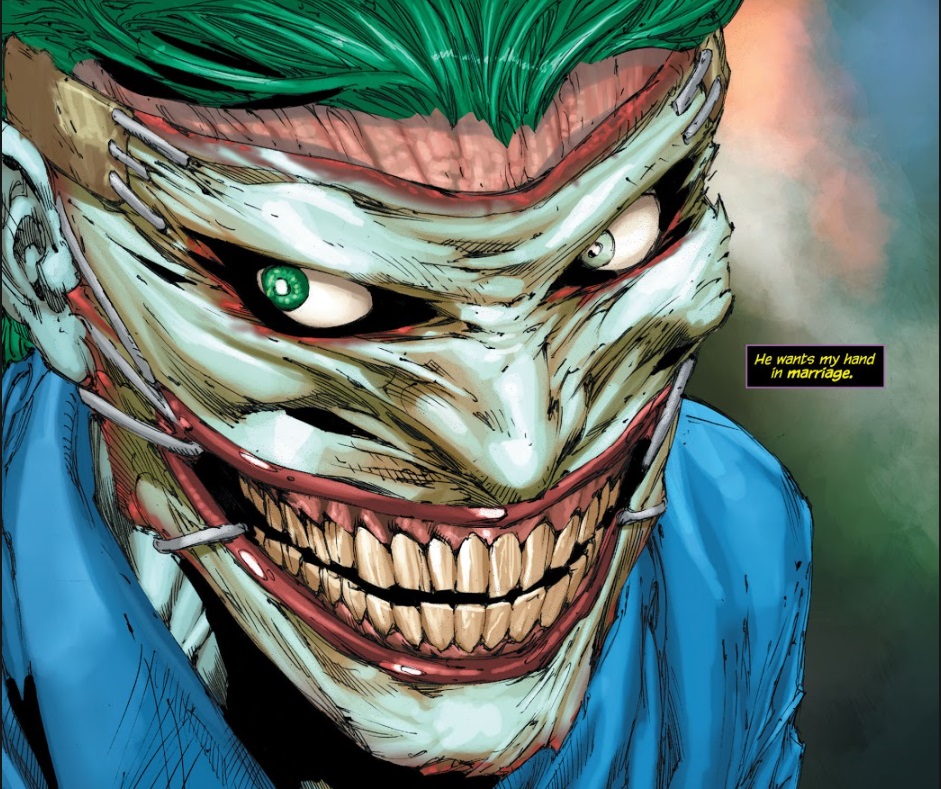 The whole kerfuffle with Joker goes down, and a few issues later Alysia and Barbara have a tearful conversation. Barbara reveals everything except the part where sometimes she wears a cape and kicks people until their bones don’t work. Alysia comes out as trans and the two stay friends. Later, Alysia meets her future wife Jo, and she becomes yet another DC Comics first. Batgirl has the first wedding for a trans character.

For the last few years, DC has been rocking it with the LGBT+ rep to the point that a lot of “first” headlines have had to get very specific. The Arrowverse had the first out trans superhero with Dreamer (Nicole Maines), but that was a tv series. Dreamer is also getting her own comic book, but that’s still in the early early stages. Batwoman (Javicia Leslieis) a lesbian and the main character in a series, but again that’s tv. In the comics, Harley Quinn and Poison Ivy have been a pair for a while, and DC just had Superman’s son Superman come out as bi. However, when it comes to the big screen for DC, Alysia Yeoh in Batgirl is the first trans character they’ve got, and we’re excited to see where Ivory Aquino takes her. 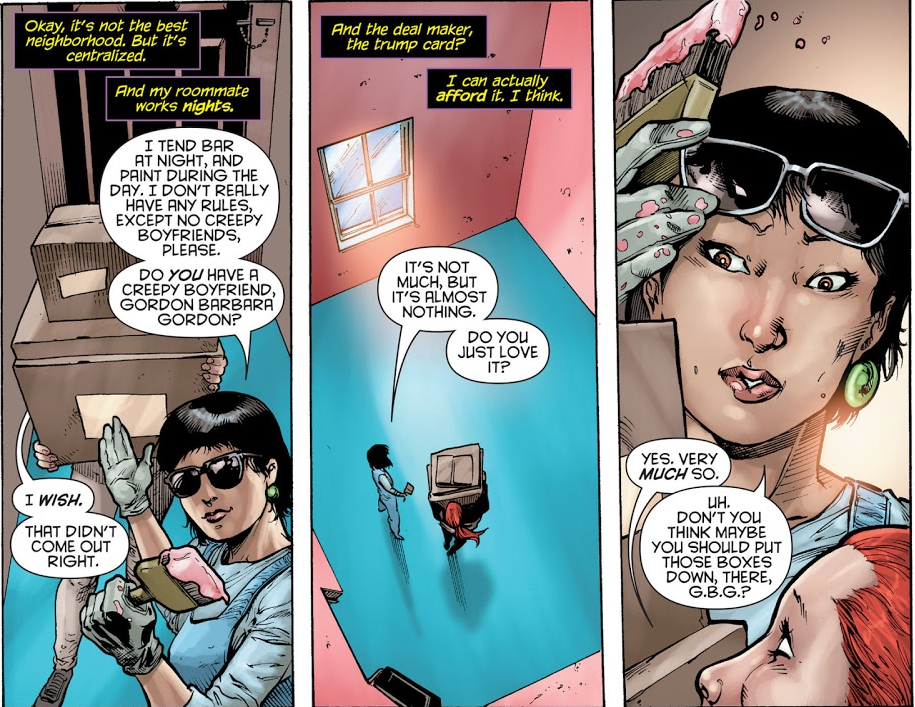 One of the best things to come out of the Batgirl movie is that HBO is casting a trans woman for a trans character. In the past, the conversation about who can play what character has often landed on trans people. Usually, that’s because of a bonkers casting decision like having Jared Leto play a trans woman. It’s always telling to see who those movies positively and who recognizes why that was such a weird choice. It’s encouraging to see a trans character actually cast with a trans actress because  we know to some degree that she doesn’t have to figure that part of the character out. Trans people can worry a little less that this super cool character is going to be run into the ground. And everyone can get excited that Batgirl looks like it’s really trying to stay true to the spirit of the comics.

What’s your favorite Barbara and Alysia moment from the comics? Are you excited that Ivory Aquino was cast in Batgirl? Tell us about it in the comments!