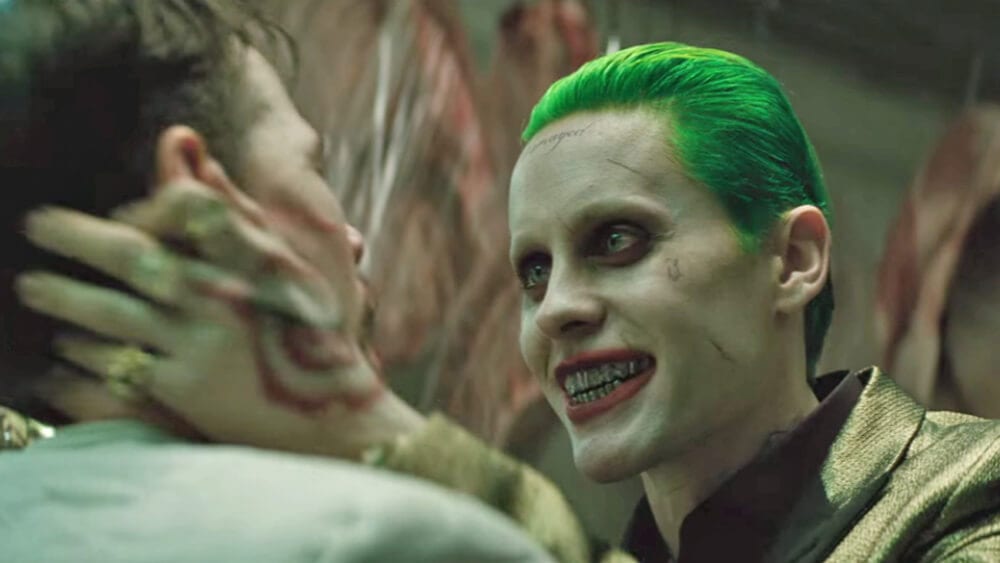 Ever since HBO confirmed that Zack Snyder’s Justice League would debut on HBOMax, DCEU fans looked at other not-so-great movies that deserved a director’s cut. With Justice League, there’s little risk. The film was a critical disaster, and a box office flop. The fact that they had Wonder Woman, Batman, and Superman in one movie makes the $657 million worldwide just embarrassing. Suicide Squad, however, a much smaller production, made about $90 million more than Justice League. Warner Bros. greenlit a Suicide Squad sequel. They’ve abandoned their Justice League plans. Still, fans weren’t happy with Suicide Squad, so when David Ayer released an unused script page from his original movie, the calls for the Ayer Cut poured in. Again.

What Happened in the Released Suicide Squad Script Page that Made Fans Demand an Ayer Cut?

More Joker. And not just more Joker, but Joker actually contributing to the plot of the movie instead of being just a random element. The script page takes place during the final battle, as Enchantress pries information from Waller’s head. Joker comes out threatening them, saying it’s supposed to be “us verse them, not us verse us.” Joker immediately captures Harley’s attention. Flag, however, thinks he’s an illusion until Deadshot determines that he’s real—and that the Joker and Enchantress are working together. 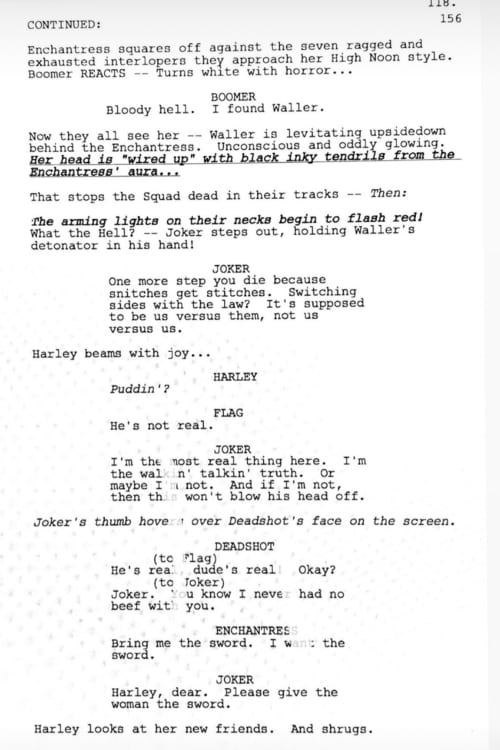 Obviously, that changes the entire dynamic of the movie and makes the ending a lot more intense and emotional. The team isn’t just fighting a barely dressed Enchantress and her big CGI brother. Joker is one of them, essentially. He has personal connections with most of them, and especially Harley. Her choice to help stop Enchantress would also be a much more difficult, and pull at the audience harder. She’s not just going against Enchantress, but her Puddin’ too.

After seeing just this little snippet of the script, would it be cool if HBO Max also released a David Ayer cut of Suicide Squad? Definitely. And why not? At this point, Warner Bros. can only gain from putting out what the fans want.