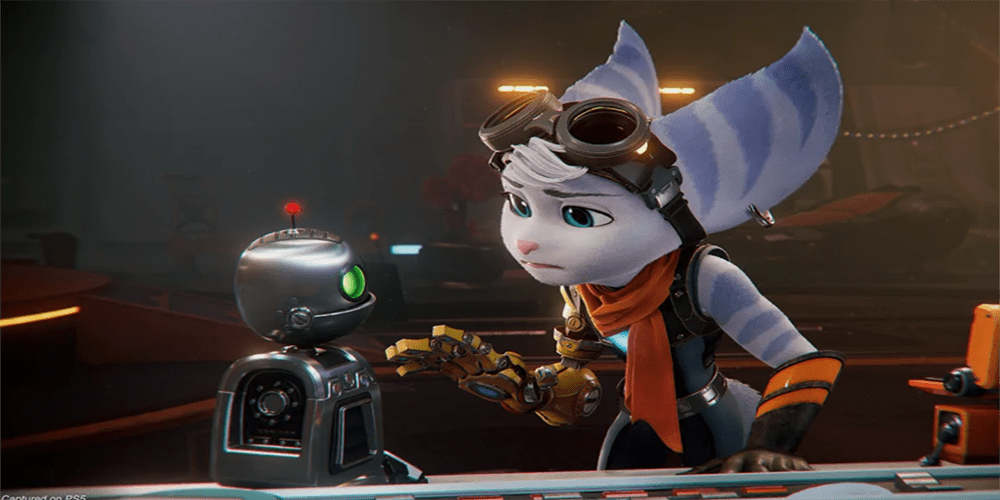 One of the hottest PS5 games on the horizon is Ratchet & Clank: Rift Apart. The game is going to push the PS5’s specs with raytracing, insane technical outputs, and a crisp presentation. The game is one of my most anticipated titles of the year, and we’re only a few months away now! One of the big mysteries in a few of the past trailers was the inclusion of a new protagonist. We have details on the new protagonist in Ratchet & Clank: Rift Apart and it makes me all the more excited to check it out on June 11. Until then, we have the PlayStation State of Play to look forward to as well. Here’s what we learned in a new Sony blog today to start the week.

In a new Sony blog out today, we got details about a mysterious new protagonist starring in the upcoming game Ratchet & Clank: Rift Apart. Since the official PlayStation 5 Launch Day, Rift Apart has promised to be a huge showcase for the console’s potential. A mysterious character showed up in some of the footage for the game during initial glimpses at gameplay. Well, we now know the character’s name and a bit of her background.

Rivet is a Lombax resistance fighter from another dimension, where the evil Emperor Nefarious hunts all those who oppose him. In the trailer showing off some of the details about Nefarious City and her world, you also hear some interesting music. I know DEVO at first downbeat, but I was super excited and shocked to learn band co-founder Mark Mothersbaugh is composing the soundtrack. That’s a huge get that might go over some people’s heads. Hopefully, it doesn’t though, and people can dive into the game with a killer soundtrack from a legend. The protagonist will allow us to explore the rift created in the game that promises to offer some unique and exciting gameplay opportunities.

Fans excited about Rift Apart will definitely want to tune in to the PlayStation Twitch and YouTube channels this Thursday, April 29 at 2 pm Pacific / 5 pm Eastern. During this event, Sony is promising fans will see more than 15 minutes of fresh gameplay. Until then, let us know what you’re excited about in this game! Weapons are a staple of the Ratchet & Clank series but the new multiverse approach is interesting too. Drop predictions and takes in the comments!

Demon Slayer: Mugen Train Box Office Record Surpasses Spirited Away
Soul Is Bringing the Apocalypse (Kinda) In The 22 Vs Earth Teaser For Disney+