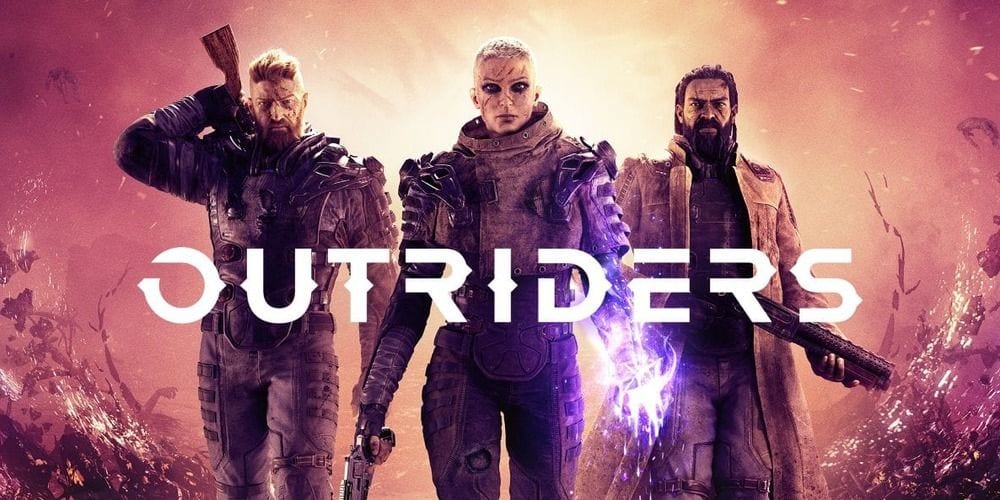 I love games that fit into a several different genres. Thanks to RPG elements, you could call Square Enix’s new game, Outriders, an RPG. That said, it’s also heavy on action and shooting. So is it an action RPG? Not quite, because it’s a bit like a loot shooter or online multiplayer shooter. So what is Outriders? Genres be damned, the latest from Square Enix is probably one of the smoothest blends of gameplay elements we’ve seen in some time. With great parts and pieces from some of gaming’s most famous franchises, Outriders has the potential to be a long-running success. A few hiccups could get in its way of becoming an all-out hit, but I see much more good than bad in this game. Here’s my review for Outriders on Xbox consoles; the game is also available for PS5|PS4, Stadia, and PC. 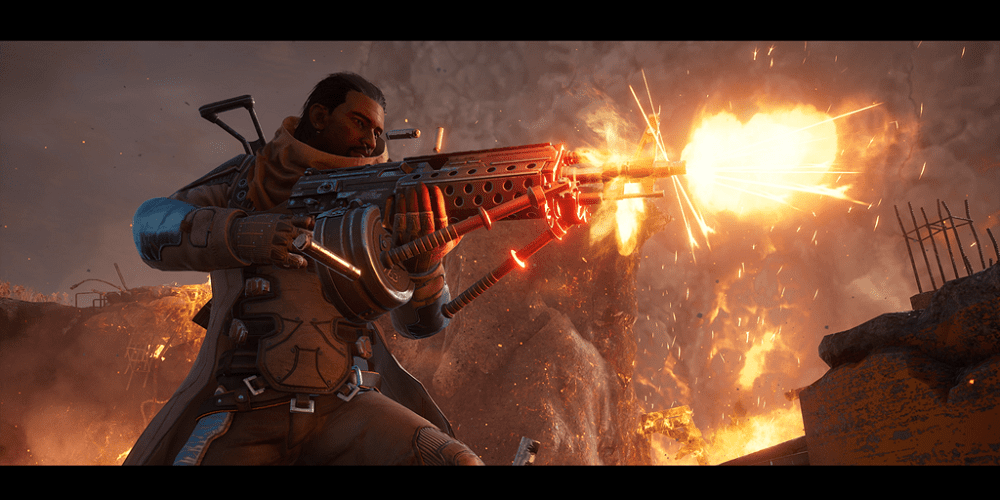 It’s a joy to write about Outriders after crafting the review for another recent Square Enix launch in my Balan Wonderworld review. The games couldn’t be more different, but we’re here to talk Outriders. The first think you’ll notice about Outriders is the work developer People Can Fly put into this gameplay package. A cover system akin to Gears of War helps you avoid hordes of enemies as well as flank for strategic purposes. Destiny-style online shooter elements also help make this a great game to enjoy with friends. As a solo experience, one might find the fun in Outriders to have a limited peak. In my eyes, this is a game fit for any fighter, whether you go it alone or tackle missions with friends.

Despite gameplay similarities to other franchises, Outriders feels original enough to be its own game. I even felt hints of Mass Effect in the story and gameplay, but nothing to the point of it being a ripoff or even emulation of a past idea or concept. The story in Outriders is one of futuristic doom. By the mid-21st century, Earth is basically done for. Therefore, Earth’s governments form the Enoch Colonization Authority (ECA) and head to save humanity on Enoch, an Earth-like planet. On the way there, one of two colony ships is destroyed. That leaves one to make the 83-year journey, only to find Enoch experiencing the Anomaly, a massive and deadly energy storm.

Soldiers who arrive to Enoch first known as Outriders are quickly turned on by ECA forces and your character is badly wounded. You enter a cryogenic recovery and awaken 31 years later to a civil war. The same issues that plagued Earth are repeating themselves. The difference this time: the Anomaly turned some humans into Altered. While writing my Outriders review for Xbox, this premise left me hooked from the start.

Outriders Gameplay Impressions (And Online Woes For Some) 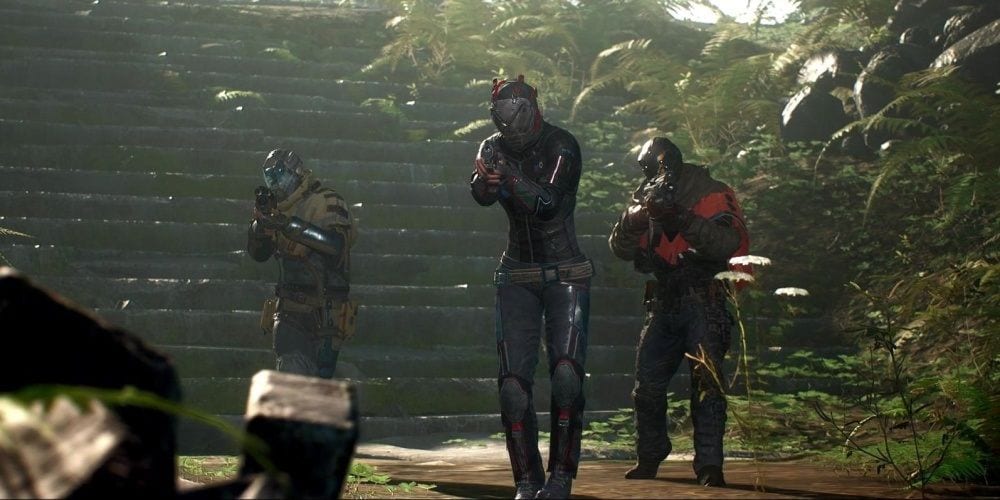 The story at the heart of Outriders isn’t going to tear at your heartstrings, but it’s serviceable. As an Outrider awakened to a huge planetary conflict, your exposure during the Anomaly gives you Altered powers. The Altered have superhuman abilities thanks to the planet’s impact on humans. It’s here you choose what you want your class to be, which in turn determines your powers. I went with Technomancer in my playthrough and loved every minute of it. Each account within the game can feature up to six character builds. This gives you a chance to try all four of the classes as well as expand their skill trees accordingly.

The gameplay in Outriders offers a great bit of fun from the getgo. As you learn to use your abilities better, you often feel powerful but not overpowering. I didn’t find myself at a huge advantage to enemies in any part of the game. In fact, I feel like the balanced gameplay made me want to play more than I might have if I felt superhuman compared to enemies. While I didn’t have an issue with the gameplay, I did see limitations early on in terms of what the game offers. You will largely encounter cover-based encounters in this game over and over. If that’s something you don’t love in terms of level design, then be aware this is what you’re going to get.

I’d be remiss if I didn’t mention online connectivity issues in my Outriders review. I did not have any problem connecting to games through the first week of having this game. Plenty others did, and it’s causing concerns for the game’s future. On their official Twitter account, the developers of the game are keeping players in the loop about improvements to the server experience. My best guess is they didn’t prepare quite well enough to hold this many people online at once. That’s their fault, but also a testament to how surprisingly great this game is. 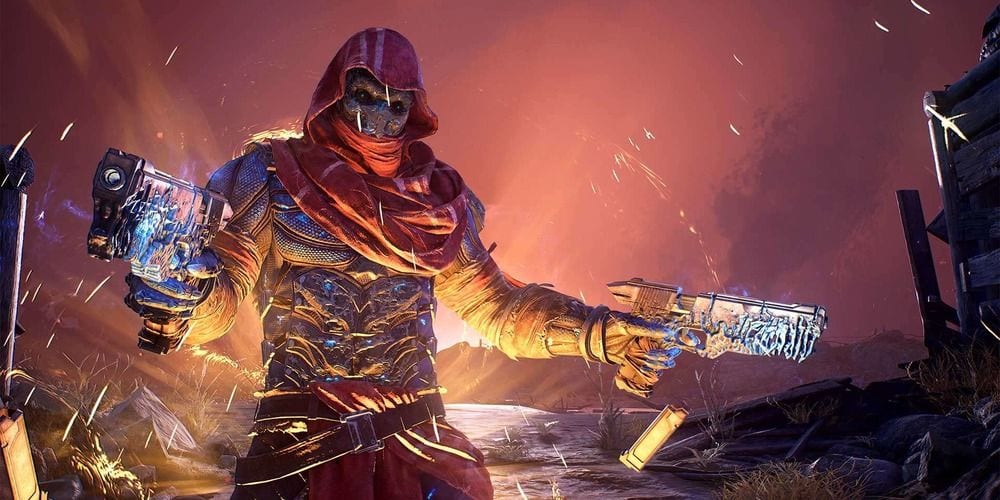 I review games on a scale of 1-10; Outriders for Xbox is an 8 for me. The gameplay is a bit of a mixed bag for fans of action RPGs and online shooters. On the one hand, a detailed skills tree and plenty of space to build out characters give you room to explore. The gameplay itself, however, shows you much of what it will throw at you in the first 10 hours. Linearity and enclosed combat spaces are something I enjoy, but they might not be for everyone. Likewise, connectivity is always a concern with games that require you to be online while playing. At the time of this review, there is no offline experience for Outriders. Fans are hoping something is added, but I’d be doubtful. If Square Enix and People Can Fly wanted to offer an offline experience, they would have included it.

All that said, I can see myself playing this game for an hour or two a handful of times a week for the foreseeable future. I’m enjoying the game’s difficulty, which ensures you stay on your toes rather than mowing down mindless enemies. I’m also really enjoying the lore and story embedded in the game. It’s nothing groundbreaking, but I like a good sci-fi shooter. Overall, I imagine Outriders will fit well with fans of Gears of War, Destiny, and the overall online action shooter-RPG fanbase. How’s that for a genre?

A digital Xbox review copy of Outriders was provided by the publisher for the purposes of this review.