Overcooked: All You Can Eat Review for Nintendo Switch - Comic Years

Home » GAMING » Nintendo » Overcooked: All You Can Eat Review for Nintendo Switch

Overcooked: All You Can Eat Review for Nintendo Switch 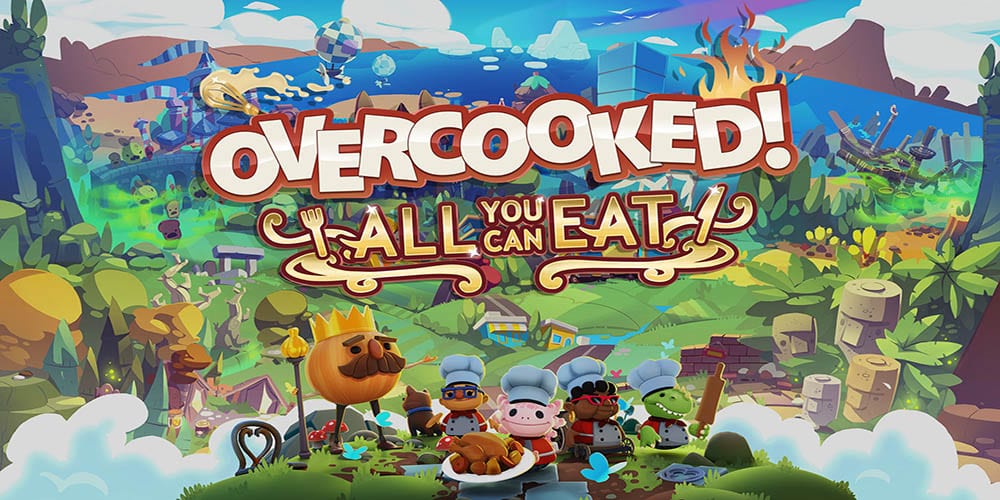 Like most of us, the party game genre had a rough 2020. Some of my fondest gaming memories involve chaotic party games with friends and family. A great game in this genre brings people together, albeit with plenty of stress involved. Whereas Mario Party can bring out the worst in you, a game like Overcooked: All You Can Eat brings out the best…hopefully. Team17’s beloved culinary party games are joined together with all DLC in the latest packaging for the series. Is the game worth it for those who already own the individual games, and what about newcomers? Well, let’s dive into this Overcooked: All You Can Eat review for Nintendo Switch and chop it up together.

A Wonderful Collection of Co-Op Chaos 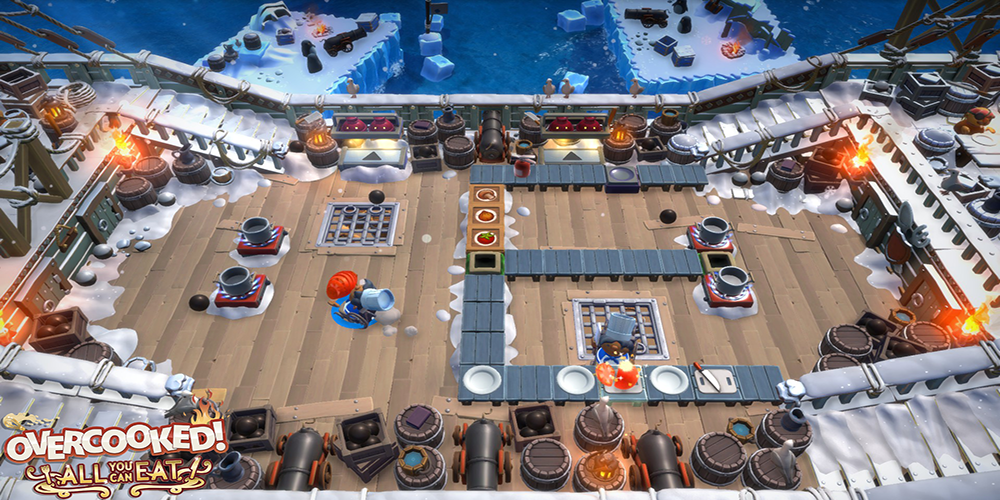 The joy of Overcooked just how insane things get from the beginning. If you’re a fan of the Overcooked series, then I don’t need to tell you about this game’s anxiety-inducing yet simple premise. Newcomers, however, might be a little lost looking at screenshots. You and up to four friends take food orders and work together to prepare meals. Unlike Cook Serve Delicious 3 (review here), this is less cooking simulation and more chaos simulation. Every step of the process is up to you and your culinary crew. Chopping ingredients, cooking, serving, and cleaning all require action from your squad. Sounds pretty simple right? Overall, it’s a very straightforward premise. It’s the simplicity of the game though that offers so much in terms of fun moments of failure.

There’s not a ton of room in these levels for all of your cooks. That means you’re bumping into one another as well as avoiding obstacles introduced across All You Can Eat‘s 200+ levels from both Overcooked and Overcooked 2. Seven new levels join the original releases, as well as three new chefs to choose from as well. That’s a ton of gameplay, and it’s truly a joy to revisit these games even as a repeat player. If you’re looking for a game to show your non-gaming friends and loved ones, then this is a great title to try out. While things do get wild, it’s all in good fun, unless you’re trying to go it alone.

While there is a single-player option in these games, it gets downright painful trying to crank out just a one-star performance on some of the later levels in this game. In short, this party game is definitely built for a co-op experience.

Overcooked: All You Can Eat Review Score for Nintendo Switch 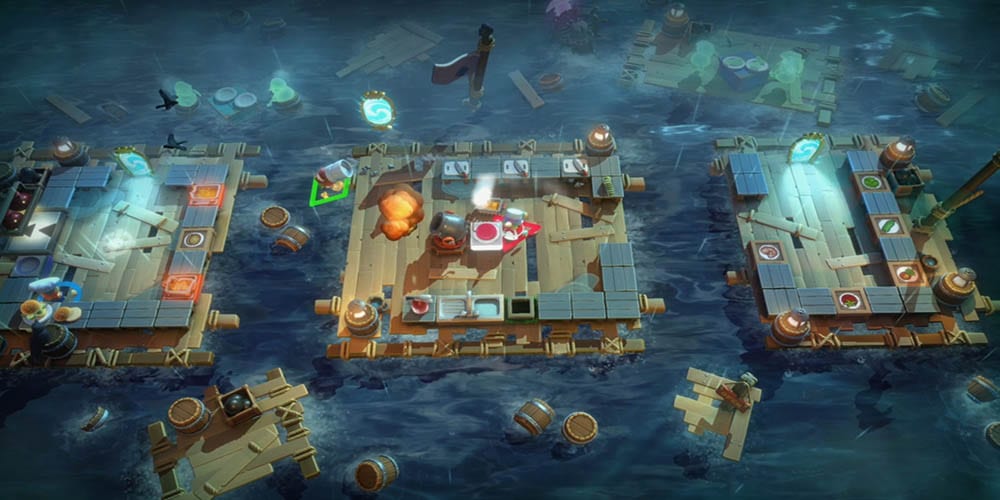 I review games on a scale from 1-10; Overcooked: All You Can Eat is a 9 for me. The single-player thing isn’t a huge deal for me, especially because this game is meant to be played with others. When you have a few friends to play with, there aren’t many games that offer more fun and memorable moments. In the upgraded 60FPS and HD resolution, this game looks gorgeous. The Switch version in particular runs wonderfully, and local gameplay features faster load times than ever. Online is a bit of a different story.

Wait times in between levels can be a bit rough when playing with others online. In my most recent session, I was averaging about 2 minutes of wait time between levels with one other person. We chatted in between levels, so it wasn’t a dealbreaker for me, but it’s worth noting for those that despise elongated pauses in the action. The good news? Online co-op, which was once limited to Overcooked 2, is now available for the first game as well.

What else is there to say, really? The game is about as fun as it gets for party games. Nearly anyone can pick it up and play it and it looks wonderful. The chefs ooze personality, and it’s fun seeing their little bodies flail around the kitchen as all hell breaks loose. Simply put, pick this one up, play it a lot, and enjoy. It’s a recipe for success.

Overcooked: All You Can Eat is available just about everywhere, including Nintendo Switch, PC, PS4/PS5, and Xbox One/Series X|S.

The Official Cast of Obi-Wan Kenobi for Disney+ Is Here, and We’re Impressed
Marvel’s Avengers MCU Costumes Will Be In-Game Purchases