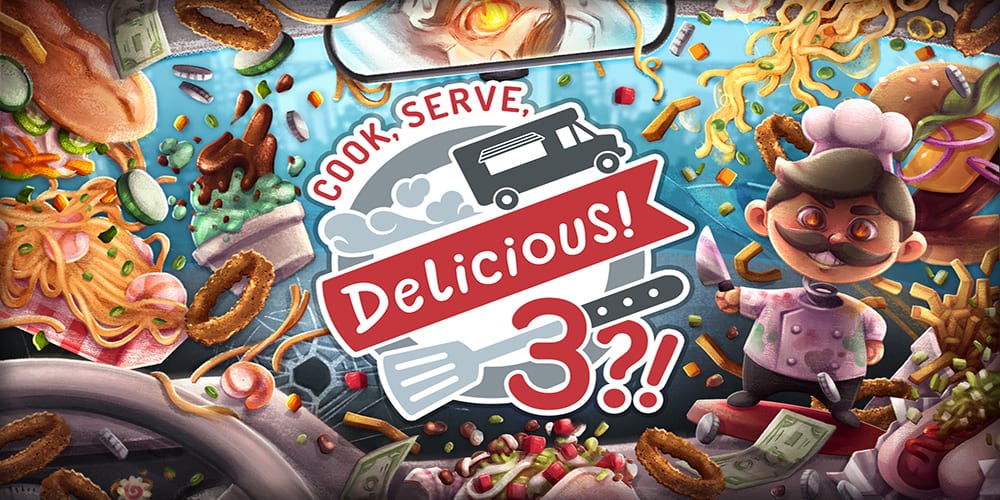 I’m a huge fan of simulation games. While I can’t necessarily get into the weeds of Car Mechanic Simulator or Surgeon Simulator, many are quite fun. The most famous examples are probably Farming Simulator and Train simulator games that vary in title and experience. One largely overlooked area is the cooking simulator experience. We used to have Cooking Mama games released regularly but not anymore. Luckily, Cook Serve Delicious 3 is continuing the long-standing tradition of mixing fun with food and great gameplay. Here’s our review for Cook Serve Delicious 3 on the Nintendo Switch.

What is Cook Serve Delicious 3? 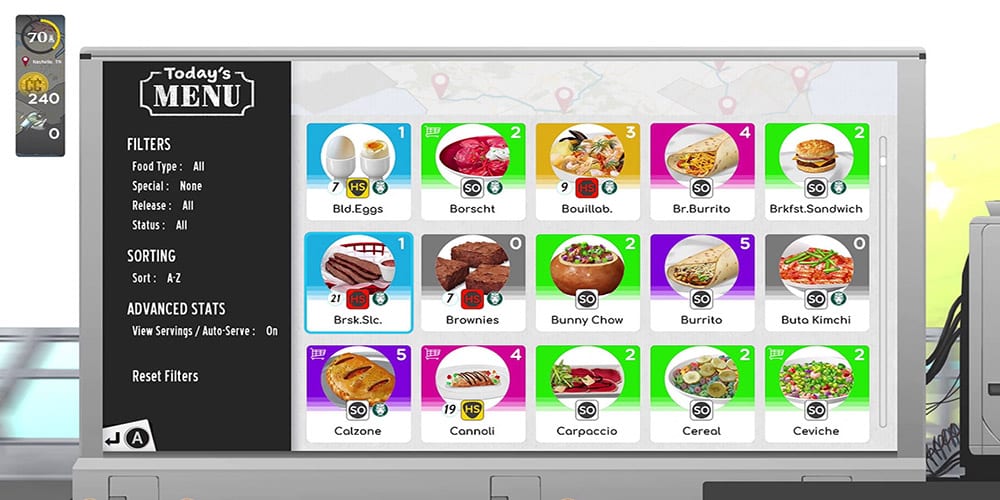 Back in 2012, Vertigo Games launched Cook Serve Delicious for PC. Inspired by 90s Japanese cooking games, the series became a cult favorite. Unfortunately, there was no money to fund a sequel. Eventually, the game arrived on Mac and iOS, helping build its popularity. Its sequel released on PC and Mac in 2017 and on PS4 in 2018. Building on the number of things you cook in-game, the title helped more people find this great series. When the third game announcement included the Nintendo Switch, many believed the game would do well on the console. So, how does it actually play? 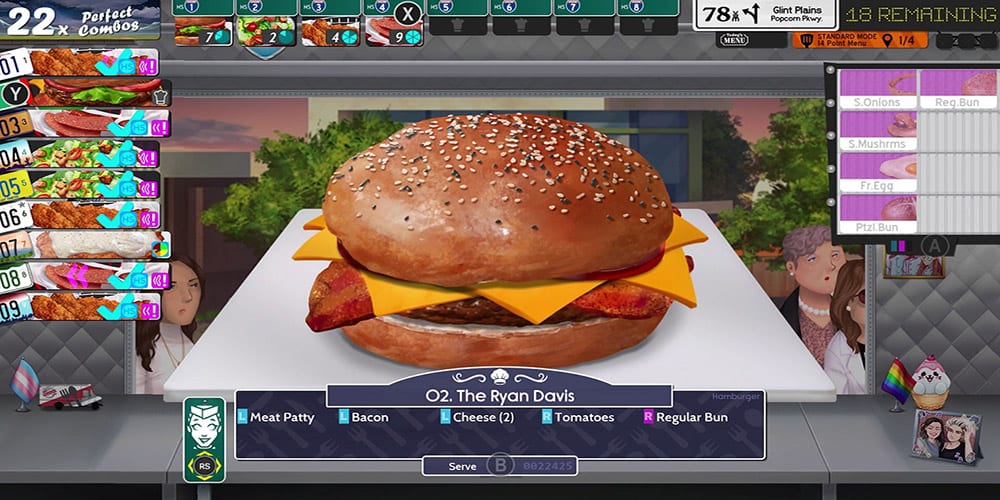 In Cook Serve Delicious 3 (the actual title with proper pronunciation is Cook, Serve, Delicious! 3?!) you run your own food truck. With a robot crew, you play through a story that leads you to the Iron Cook Foodtruck Championships. In a funny turn of events, you’re playing in a war-torn 2042 America. That sounds like a weird choice, but it adds a nice touch to the experience of playing the game. The gameplay of cooking your dishes is fast-paced like many other restaurant simulators. This Switch title isn’t necessarily the highest quality in terms of visuals. Still, the art style is realistic enough and vibrant to help legitimize the experience.

Playing the game’s story mode is possible through single-player and co-op. On the fly, you can switch back and forth to make cooking a little easier. Unlike Overcooked or other Xbox Game Pass Additions, you’re not necessarily going to need to vibe perfectly with your co-op partner to succeed. If anything, it just helps make the game a bit more enjoyable. You can play this on your own and still do quite well. As you progress, you can upgrade your food truck and learn new dishes. Overall, there are 200 types of food you’ll cook in this game. That helps to keep the game fresh from start to finish. As you learn new things that help you earn a better reputation in the game, you also feel like you’re learning which is a nice touch.

Lastly, the accessibility features in this game are incredible. The options include motion settings, flashing/strobe settings, audio and colorblind features, and many more. Overall, this helps anyone play this game. I think this is a great feature many developers are starting to pay attention to and I’m happy to see Vertigo going above and beyond here. 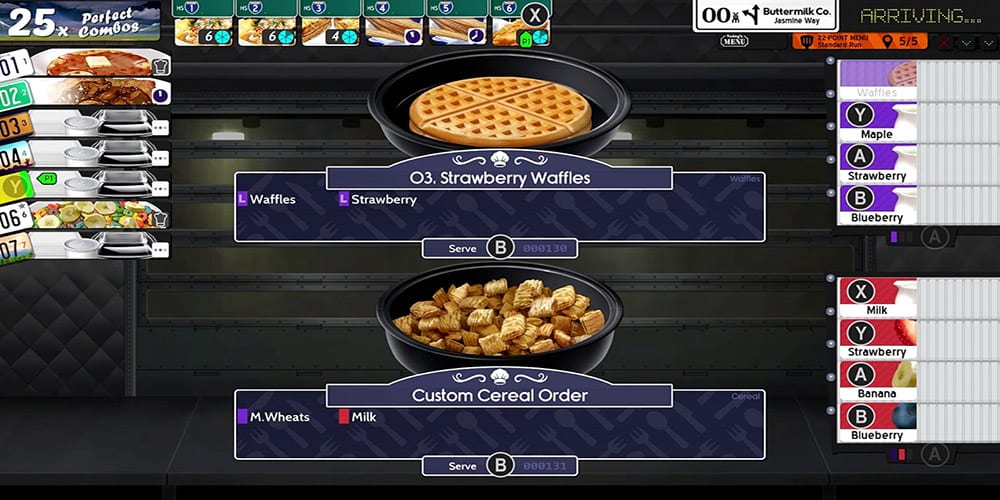 I rate games on a scale of 1-10; Cook Serve Delicious 3 is a 9/10. The experience of playing these 350+ levels is so much fun on your own or with a friend. The soundtrack from Jonothan Geer (Owlboy, Neon Chrome) is stellar and adds to the experience in a big way.  I think this game offers a lot for fans of simulation titles and newcomers as well. For the price of $19.99, you get hours and hours of content you can replay again and again. There are a ton of games on the eShop right now, but this is one that most Switch owners should consider and purchase.

Are you interested in Cook, Serve, Delicious 3? If so, then let us know if you check it out in the comments! Thanks for reading Comic Years for all things gaming, comics, and pop culture.