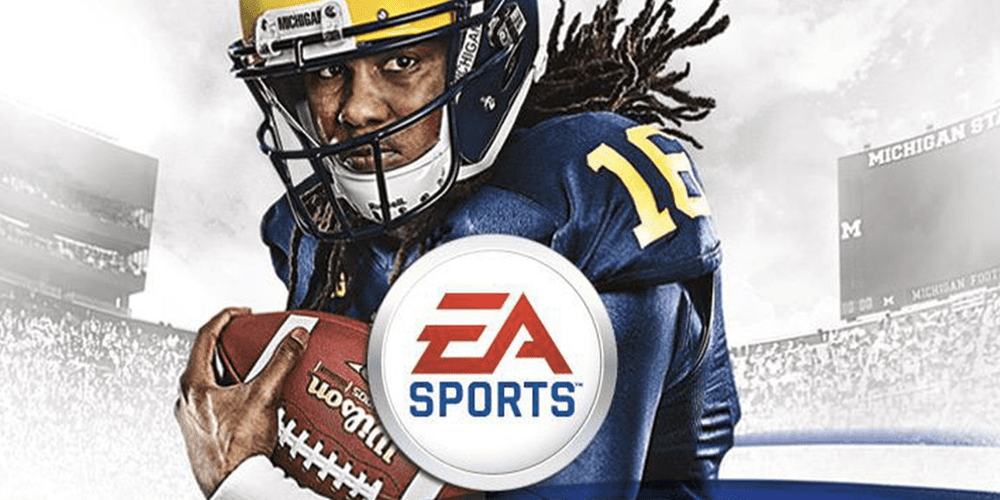 I love gaming as a hobby, but also as an art form. I don’t mind playing a mix of rough, buggy indie games as well as the top-tier AAA releases. This also means I’m not immune from loving a wide variety of genres. One genre I don’t write about too much here at Comic Years are sports video games. Year after year, one of my most played titles is NBA 2K. Likewise, I play quite a bit of the sports releases from EA and 2K as they come out. A few series don’t release regularly anymore due to some difficulties licensing. An example of this is the NCAA Football game that simulates college football. Well, EA is announcing that it’s making a comeback and I’m over the moon.

When is the NCAA Football Game Returning? 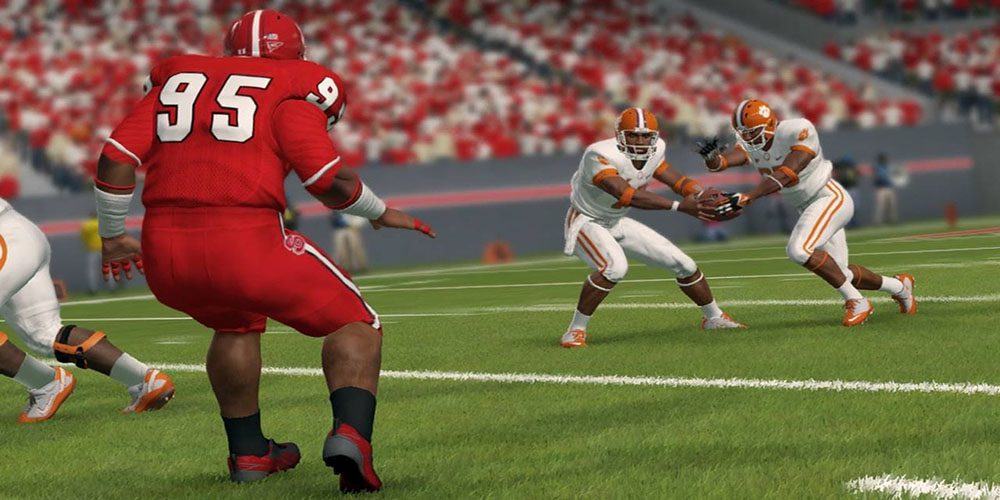 The last NCAA Football game released ahead of the 2013-2014 college football season. On the cover, the University of Michigan Quarterback Denard Robinson looked ready to escape the pocket for a TD. If you’re having trouble remembering Robinson, then cut yourself some slack. This game released nearly 8 years ago. We haven’t had a new college football game since due to licensing issues between the NCAA and EA. In short, it’s tough to get the Collegiate Licensing Company and Electronic Arts to come to terms on a deal. Both parties agreed to part ways years ago, but now, the conversations at least point to a new game in the future.

How long will we have to wait? Probably awhile. There’s no date set for the upcoming release. These games can take a few years to make, so maybe we’ll see the return of college football on PS5 and Xbox Series X/S by 2023. If you’re a big college football fan, then this is great news. Even if you’re like me and don’t watch a lot of college football, this is still good news. The pace of NCAA Football is different than Madden in a good way. It mimics the unpredictability and bursts of college football in a great way. That was true back in 2013 and I’m sure it’ll only be more authentic in the modern-day.

While we’re on the topic, do you want to read more sports video game news? If so, then let us know in the comments, and be sure to check out my NBA 2K21 Switch review. Thanks for reading Comic Years!

Justice Society World War II Trailer Features The Classic Team In Historical Action
King In Black Week Eight Might Be Small, But It Is Mighty