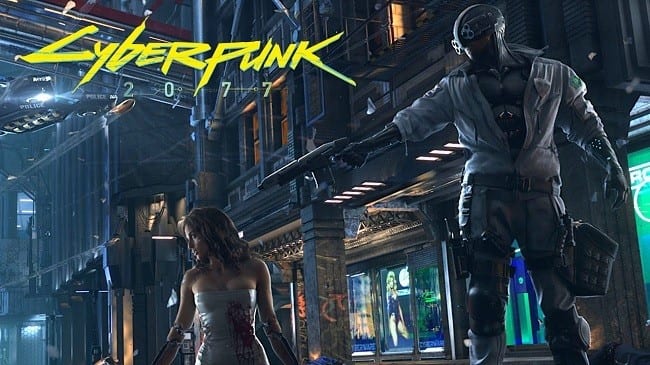 There is nothing worse than struggling through a mission, fighting your way to the final stretch, and having one minor mishap completely set you back. That “Game Over” screen is the bane of every gamer’s existence, which is why there’s excitement behind recent news about CD Projekt RED’s Cyberpunk 2077. In an interview with German gaming site GameStar, Cyberpunk’s quest designer, Philipp Weber, confirmed that the only “Game Over” in the 1980s-set role-playing game is death.

The hype was already high for CD Projekt’s follow-up to the wildly successful The Witcher 3: Wild Hunt. This news is sure to boost it even more. While failing a mission won’t end the game at any point, no decision and action are without consequences. According to Weber, players can deviate from their mission at any time. That will, however, come with changes to the story. If your task is keeping someone alive and your negligence gets them killed, their absence will alter how the game plays out.

It’s a tactic we have seen used before, notably in most titles by French developer Quantic Dream, but Cyberpunk 2077 promises to be more open, allowing players to explore the futuristic metropolis of Night City, CA at their leisure. The openness of Cyberpunk 2077 means that gamers will be able to tailor the experience to how they want to play. This will also allow players to have completely different experiences based on how they want to play the game.

Changing the Way We Play Games

Where games like Grand Theft Auto: San Andreas forced players to man an RC helicopter in what some consider the worst mission in gaming history, CD Projekt RED allows players the ability to bail on what may be a frustrating mission. This, of course, isn’t to say there is no “Game Over” in Cyberpunk 2077. The player-controlled protagonist is the only character required to survive to the end of the game.

Weber’s reveal also solidifies what we already knew – Cyberpunk 2077 will feature multiple endings. CD Projekt RED has yet to reveal how many endings there will be. There is no question as to whether or not the game will be worth a second, third, and fourth playthrough. Replayability is key when it comes to the single player experience. Clearly, CD Projekt RED has a firm grasp on that concept.

Since the initial reveal back in 2012, the development team has confirmed that there will be no multiplayer. We also know that Night City will be an open world, varying culture will play an important role, and micro transactions will be completely absent. Cyberpunk 2077 is shaping up to be the RPG to beat. However, there is still one bit of very important information missing. Currently, there is no release date. Not even an inkling of a time frame. CD Projekt RED has hinted at a 2019 launch, but also said that it “refuses to let itself be hurried.”

New Xbox One X Incoming: E3 Preview
The PS4 Games That Are Coming Soon in 2019