What Monthly DC Comics You Should Read This October 2020 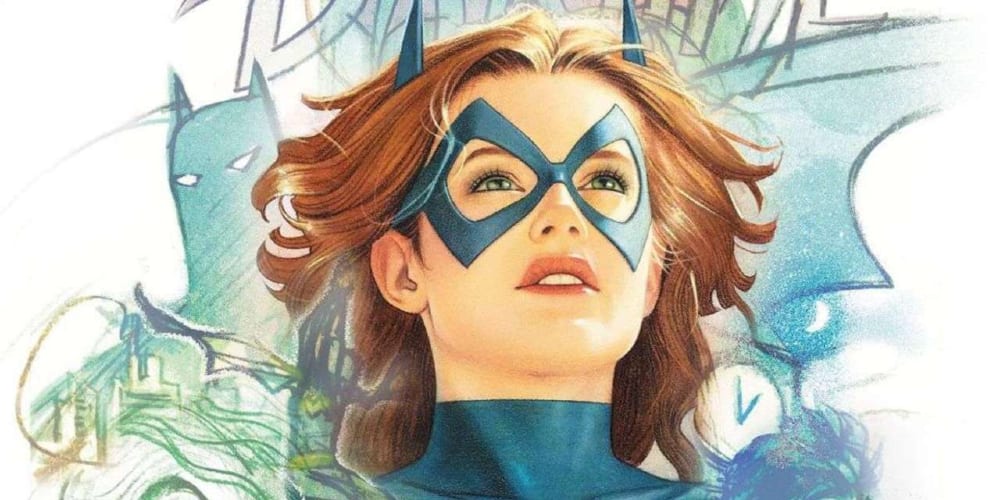 Just has Marvel has the epic event X of Swords dominating October, DC likewise has Dark Nights: Death Metal. And if we made a list of what monthly DC Comics you should read this October without taking Death Metal out, that’s all you would see on this list. However, the monthly DC comics outside of Death Metal were even harder to choose than Marvel’s. There are major developments for several characters, especially in Gotham. But this is also Halloween month, so we have to get at least one monster in here. 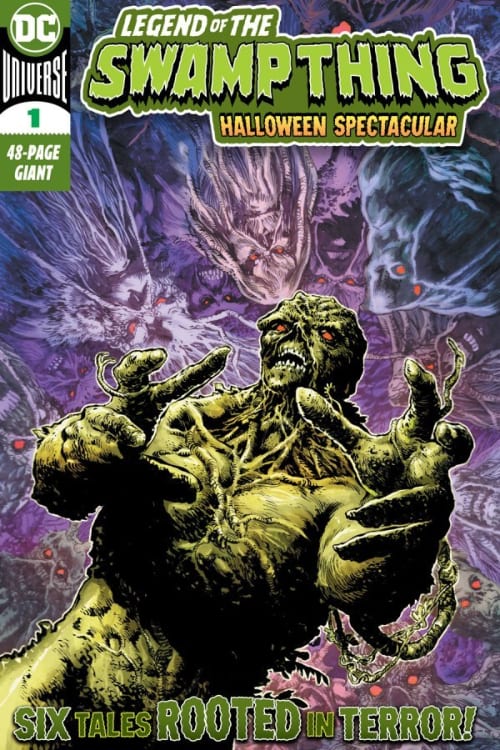 Swamp Thing’s popularity is a bit perplexing. Just the concept of a plant monster with a human intellect feels like it should be a joke in comics. For Empyre, the villains were sentient plant people, and it felt a little silly. But Swamp Thing? He never feels silly. He’s more like a mythic deity than a superhero character. Likewise, one of the most incredible comic book runs of any character was Alan Moore’s run on Swamp Thing. So, a special, especially a Halloween one, is a DC Comics issue you should read, this October or any; heck, make it monthly.

It’s Halloween, and DC invites you to welcome Swamp Thing to your witching-hour festivities. In this 48-page collection of all-new stories, the Guardian of the Green reveals past lives and the unforgettable horrors that befall those who cross his path. From ancient Rome to present day, Swamp Thing stalks these ghostly and ghastly tales—all of which are best read by the light of a jack-o’-lantern! 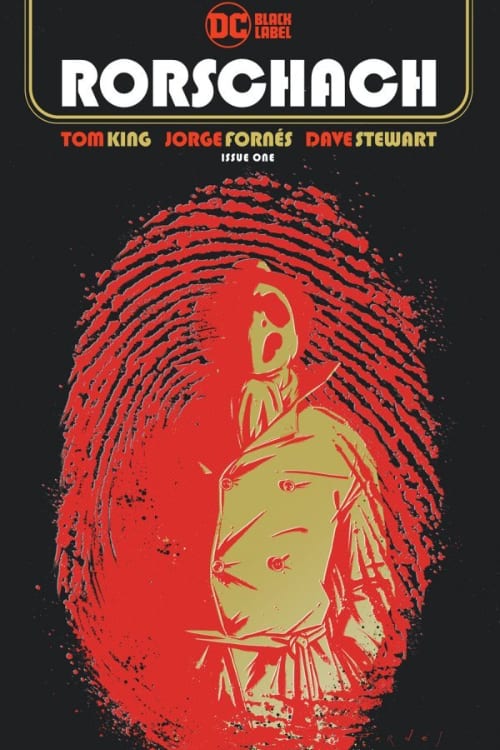 DC Comics is folding the Watchmen universe faster and faster every year. We had DC Rebirth, which revealed Dr. Manhattan meddling with the DC Universe. From there, we kept getting closer to a collision through storylines like The Button and throughout the maxi-series Doomsday Clock. Now, the master of uncomfortable explorations into depression, Tom King, is writing a 12-issue Rorschach series. If you read the first monthly issue of Tom King’s Rorschach this October, you should probably have a therapist on standby—and then bill DC Comics.

It’s been 35 years since Ozymandias dropped a giant interdimensional squid on New York City, killing thousands and destroying the public’s trust in heroes once and for all. And since that time, one figure in a fedora, mask, and trenchcoat has become a divisive culture icon.

So what does it mean when Rorschach reappears as an assassin trying to kill a candidate running against President Robert Redford? Who is the man behind the mask, and why is he acting this way? It’s up to one detective to uncover the true identity of this would-be killer—and it will take him into a web of conspiracies involving alien invasions, disgraced do-gooders, mystic visions, and yes, comic books.

Writer Tom King joins forces with artist Jorge Fornés for a new miniseries that explores the mythic qualities of one of the most compelling characters from the bestselling graphic novel of all time, Watchmen. 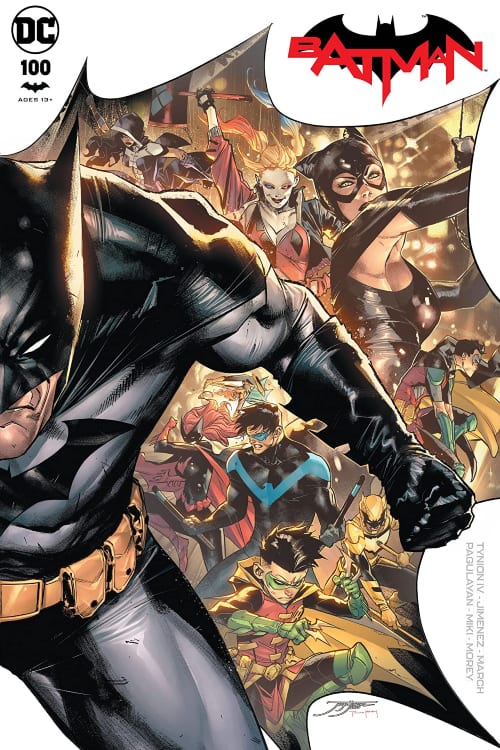 So, Batman’s having a big year. Detective Comics #1027 came out just last month, and now the 100th issue off the Rebirth-era Batman series. It’s also the finale of James Tynion IV’s ambitious Joker War storyline. If you haven’t read any of DC and King’s Joker War yet, you should read all the previous monthly comics when you pick up this October issue. We haven’t seen a Joker this cunning before, and we’ve never seen this Batman Family so destroyed before…and there was a story called Death of the Family less than a decade ago.

“The Joker War” comes to a city-shattering conclusion as Batman battles The Joker in a brutal, no-holds-barred duel! This is a fight 80 years in the making, and its outcome won’t just change Batman’s life—it will change Gotham City for years to come! Plus, catch the first glimpse of the new villain known as Ghost-Maker! And after the senses-shattering conclusion of “The Joker War” come a pair of short stories that will chart what’s to come in Gotham City and Batman. Don’t miss the first showdown between Batman and Clownhunter!

Other monthly DC Comics you should read this October? Nightwing #75 and Batgirl #50. It’s a good month for Gotham. Well, it’s a bad month for the characters, but a great month for readers.

Black Ops Cold War Zombies Details Are Encouraging
2010 Trap Movie: Is It A Trap Or A Treat?