Marvel’s Empyre September Checklist: The End is Nigh! - Comic Years

Home » COMICS » Marvel’s Empyre September Checklist: The End is Nigh!

Marvel’s Empyre September Checklist: The End is Nigh! 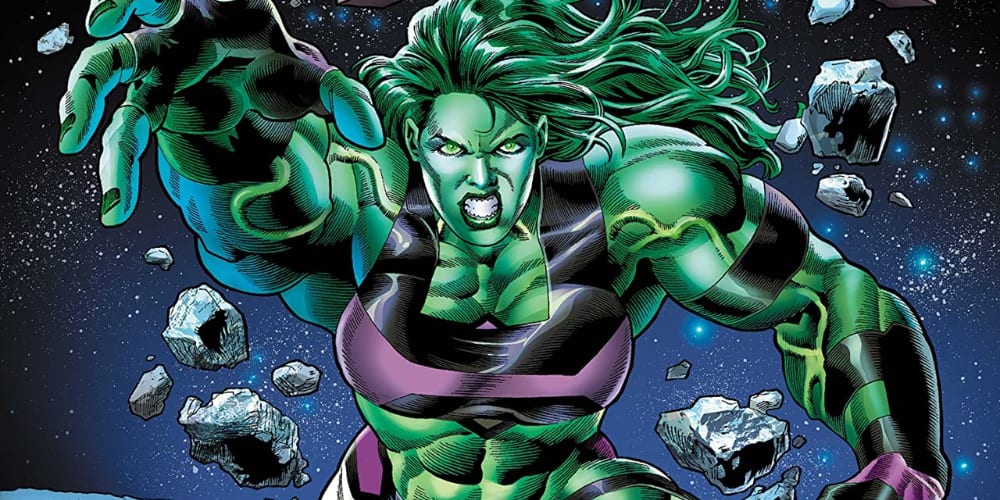 And so it ends. The (formerly) massive summer event from Marvel Comics, Empyre comes to an end in early September, but according to Dan Slott, we’ll see the repercussions all over the Marvel Universe. It’s a little odd that Marvel’s Empyre scaled back a bit, even if it does make the September checklist a lot easier. DC’s Dark Nights: Death Metal explodes in September, while the X-Men event X of Swords nearly doubled in length. So, let’s take a look at what’s left for Empyre.

We have just one issue left of Marvel’s Empyre this September, so this part of the checklist is nice and short. Moreover, whatever Slott and Ewing were holding back on, it’s time to let it all out. The fight for the “King of Space” mantle is about to begin, and all bets are on the table since the Profiteer is making her return this month too. While it isn’t smart to use the cover to speculate, I’m going to use the cover to speculate. We see three people. While we have Human Torch and the Black Panther, the superheroine in the back is hard to determine. It’s either Sue Storm or Carol Danvers or Squirrel Girl. In any case, will one of these three be the King of Space? 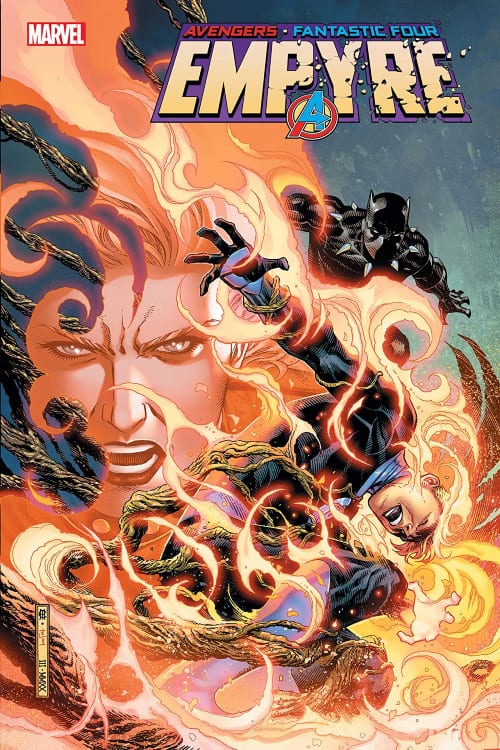 There can be only one King of Space—and it’s the last liege standing! But as combat rages on, the clock ticks down to catastrophe! Will the ultimate interstellar weapon fry planet Earth before or after all sentient life on the planet is wiped out? The Avengers and the Fantastic Four are tested as never before—as EMPYRE comes to a pulse-pounding finish! 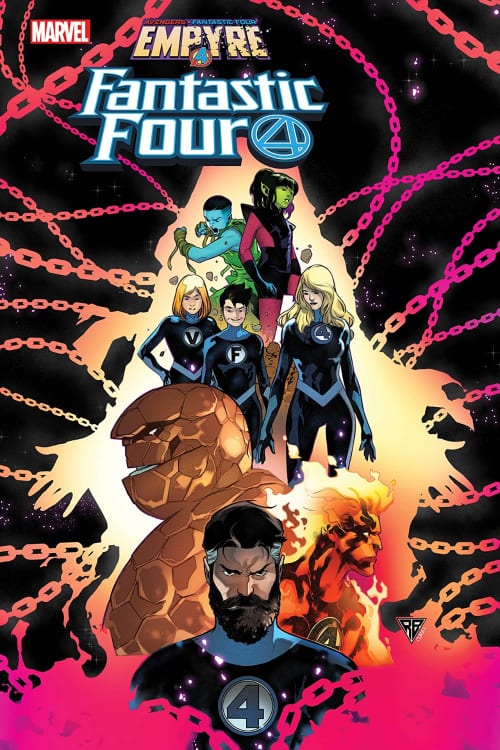 Will all four of Marvel’s first family be alive at the end? (Marvel Comics)

We have three one-shots for Marvel’s Empyre checklist this September, all of them taking place after the main event. While the event will undoubtedly impact the Avengers, the fact that the Fantastic Four’s issue is called Fallout doesn’t look good for Marvel’s First Family. Also worth noting, She-Hulk is getting her own one-shot in the Empyre epilogues. And from the sound of the solicitations, these final chapters look more intense than the main series.

The end of EMPYRE begins a new age for the Marvel Universe! In the aftermath of the cosmic conflict, the forces gather one last time… but why? And at whose bidding? New bonds will be forged, new families will be founded, and there’s a new role waiting for Earth… but new destinies bring new dangers – and new enemies! Welcome to the new Marvel Space Age, true believer – hope you survive the experience!

The fate of all future Kree/Skrull Wars is placed in the hands of… Reed Richards and his family, the Fantastic Four. This is NO standard issue of a Marvel Comic, True Believer. Two MAJOR TURNING POINTS for THE ENTIRE MARVEL UNIVERSE will take place here! Also in this issue… The Profiteer returns, but is she here for revenge… or justice? And a special appearance by the most ominous cosmic character of them all, The Unseen!

IN THE WAKE OF EMPYRE, JEN WALTERS GOES IMMORTAL! The Cotati invasion has changed everything for Jennifer Walters. Now she seems to have a new lease on life…but things are never that simple for the gamma-powered. Al Ewing gives She-Hulk the “IMMORTAL” treatment with a horrifying stand-alone tale! 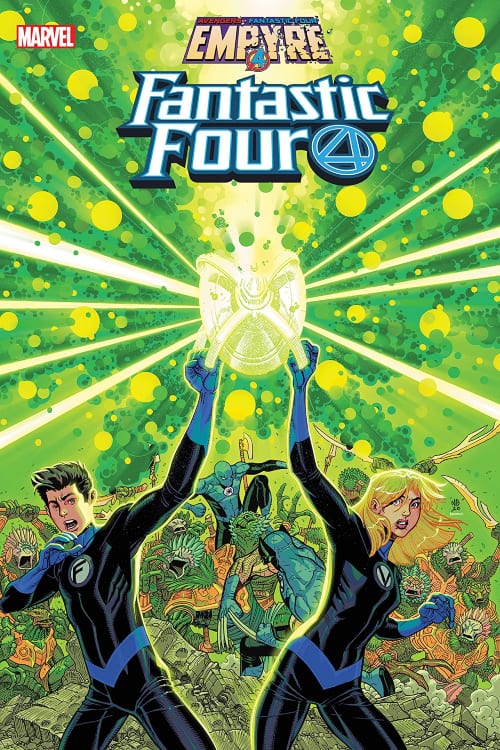 Two of the best young superheroes in comics. (Marvel Comics)

Seeing that the tie-in mini-series wrapped up, we have just two tie-in series comics left. While it’s hard to imagine that Marvel’s Empyre was meant to have a lot more tie-ins, we’re ending our September checklist with the only two series that regularly tied into Marvel’s Empyre: Captain Marvel and Fantastic Four. During the Captain Marvel tie-ins, we’ve seen some fantastic developments as Carol’s time as a Kree Accuser. Without a doubt, seeing the old New Fantastic Four again, used in such a fun way, was one of the many highlights of the event. Maybe we’ll see them again soon.

The ultimate Omni-Wave Projector — built by Valeria Richards, powered by Franklin Richards. In their hands, it could lay waste to the Empyre…but what if it fell into the hands of the Celestial Assassins? A tipping point in the Empyre saga! A fight that Spider-Man and Wolverine can’t afford to lose! And two lives that that will be forever changed!

EMPYRE Tie-In! A CAPTAIN’S LEGACY — THE ACCUSED FINALE! The rise and fall of the Supreme Accuser. The end of a war, the end of an ERA…and the birth of an even more dangerous world. Carol Danvers must make a choice that will define her life and the lives of those closest to her.

Are you excited for the end of Marvel’s Empyre?