Will Galactus Ever Be In A MCU Movie? - Comic Years

Home » COMICS » Marvel » Will Galactus Ever Be In A MCU Movie?

Will Galactus Ever Be In A MCU Movie? 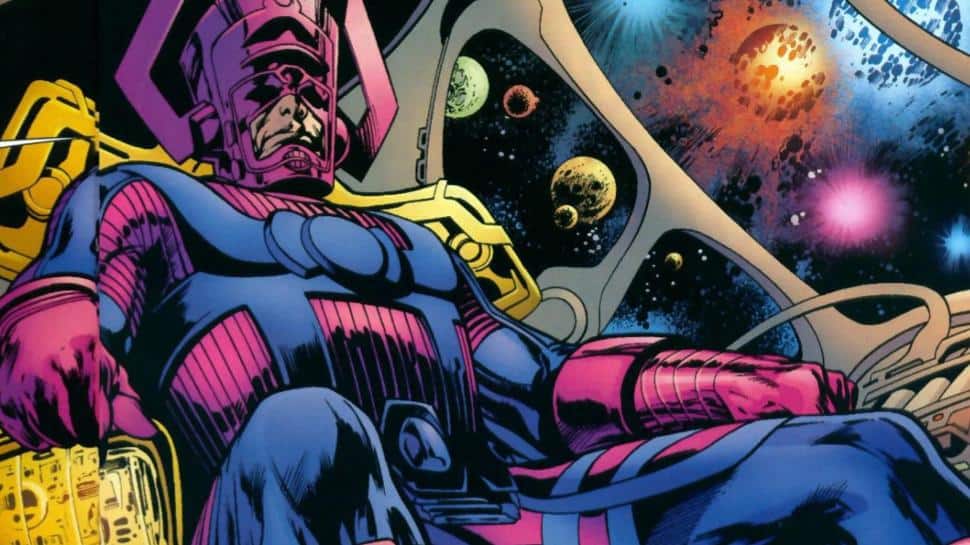 As the buildup for Avengers: Endgame heats up, many fans are starting to think ahead. The characters of the first three phases may stick around, that is if they are un-snapped. We already know that stars like Chris Evans are not returning for more films. We also know that Captain Marvel is central to the story moving forward. So what happens next? It might have something to do with Galactus. But first, what’s going on with the major villain at the moment?

Thanos in the Marvel Cinematic Universe

The build up of Thanos over the course of the MCU’s films so far has been titanic. Guardians of the Galaxy showed us a rigid, angry villain. Infinity War, however, showed us a human side to Thanos many were not expecting. In fact, a lot of people even rationalized his decisions. Killing people is usually pretty one sided on the morality line. Somehow, the character building of Thanos left that line blurry.

The most interesting part of Thanos has been his impact on bringing characters together. It was not going to be easy to mix the Guardians with Iron Man. Nor was it going to make a lot of sense to see Spider-Man (check out our post about Spider-Man: Far From Home!) with Dr. Strange. The process has been a careful one, and it looks to be closing another chapter with Avengers: Endgame.

The villain role has very much been rewritten with Thanos’ arc. The Marvel Cinematic Universe to this point has been all about the Mad Titan and Infinity Stones. The films have diverged from the comics quite a bit, but they have been good nonetheless.

Other villains fell short of intrigue, for lack of a better word. In fact, most villains are fairly forgettable in the Marvel Cinematic Universe. That’s because the end game has always been Thanos, but with his reign likely wrapping up, what’e next?

Is Galactus Making an Entrance to the Marvel Cinematic Universe?

There’s a good chance that the next major villain could be Galactus. Not familiar with this iconic character in the Marvel world? Let’s break down Galactus and what role he might play.

Galactus’ Background in the Marvel Universe

Galactus began as the character Galan of the planet Taa. Taa existed in the prime pre-Big Bang universe. Essentially, that dates Galan before anything we know as the Universe. When an unknown cosmic cataclysm gradually begins killing off all of the other life in his universe, Galan and other survivors leave Taa on a spacecraft and are engulfed in the Big Crunch. The Big Crunch is an actual theory of how the Universe could end. This would involve the universe contracting into itself and basically restarting. When this happens in the Marvel comics, Galan survives by bonding with the Sentience of the Universe. Because of his good favor with the Sentience, Galan changes and gestates for billions of years in an egg made of the debris of his ship that the current universe formed after the Big Bang.

The Birth of Galactus

He emerges from the egg as Galactus, and though a Watcher observed Galactus’ birth and recognizes his destructive nature, the Watcher chooses not to kill Galactus. From the beginning, signs of trouble are inherent to Galactus. Starving for sustenance, he consumes the nearby planet of Archeopia – the first of many planets he would destroy to maintain his existence. Subsequently, in memory of his dead home world Taa, and Archeopia, Galactus constructs a new home world to live on. The strip-shaped space station is called Taa II, and becomes his home base, so to speak.

When challenged by the proemial gods that are born after the big bang, Galactus kills and imprisons them. A trigger for Galactus is any time that his power is challenged, and that stays a trend throughout the comics. In order to continue absorbing planets for life force, a herald is named to scope out new prey. Galactus finds his herald in the form of an astronomer who would later become a famous character in Marvel as well. Let’s talk about the Silver Surfer for a minute.

Norrin Radd is from the utopian planet Zenn-La, in the Deneb star system of the Milky Way galaxy. Zenn-La’s ancient and significantly advanced civilization has lost the will to strive or explore, meaning everything is starting to stagnate. This leaves the young scholar restless and yearning for adventure. Perfect timing, as Galactus is considered. He arrives to destroy and consume the planet, but Radd bargains with the cosmic being.

In return for the safety of Zenn-La and his lover, Shalla-Bal, Radd pledges to seek out planets for the world devourer to consume as his herald. Galactus imbues him with a portion of the Power Cosmic, transforming him into the Silver Surfer. Radd had intended to lead Galactus to uninhabited planets, but Galactus tampers with his soul to prevent this. Despite his best intentions, Radd becomes a bit of a borderline hero.

It becomes tough to find planets without innocent victims, but the Silver Surfer tries his hardest to keep Galactus away from humans and other living species. Eventually, Silver Surfer makes his way to Earth and leads Galactus there. Encounters with the Fantastic Four lead the Surfer to feel more empathy for the planet, and he turns on Galactus. Let’s briefly touch on the Fantastic Four since they could very well be a part of the new MCU.

This group probably requires less background. One of the most famous group of heroes in all of comics, the Fantastic Four are integral to the Marvel world. The Fantastic Four is formed after four human astronauts are exposed to cosmic rays during an unauthorized outer space test flight. Dr. Reed Richards designed the spaceship, and while functional, it was incredibly experimental. Pilot Ben Grimm and crew-members Susan Storm and her brother Johnny Storm survive an emergency crash-landing in a field on Earth. Upon exiting the rocket, the four discover they have developed incredible superpowers, and decide to use these powers to help others.

The Dead Don’t Die – And Neither Will The Zombie Genre
Men in Black: International, the MiB’s Almost Triumphant Return