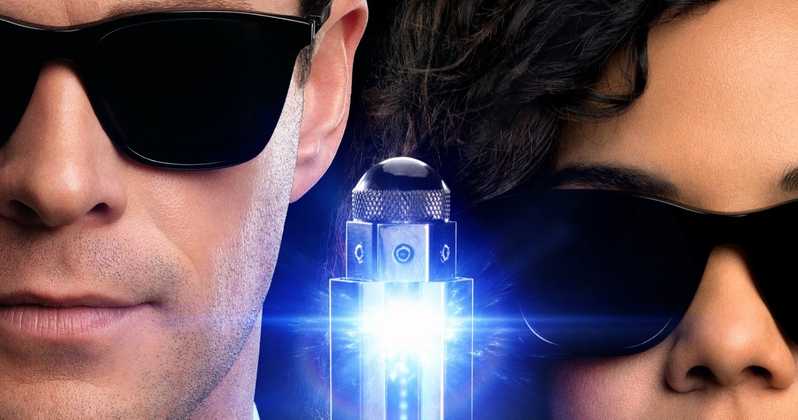 Men in Black: International, the soft reboot of the Men in Black franchise. In 1997, Tommy Lee Jones and Will Smith made the movie a blockbuster hit. Their unlikely chemistry, Jone’s dry humor mixed with Smith’s energy carried the movie despite a lackluster plot. It was funny, had good action and special effects, and spawned two sequels (one good and one terrible). There were talks to reboot the franchise for a while. At one point, they were going to crossover Men in Black with 21 Jump Street. It’s a shame that MIB23 didn’t come to fruition. Not because it would have been good—but it would have been so gloriously bad. Instead, Sony went with the much less stupid idea to take the New York-based Men in Black and show them working on an international level.

An International Men in Black is What We Needed

While the original Men in Black is a classic, the fact that both sequels stayed in New York now feels like a missed opportunity. MiB: International not only fixes this, but utilizes the global setting well. It’s one of the best aspects of the movie. We get aliens in Paris, London, Italy, and Marrakesh. It’s a good start to a new franchise, and leaves plenty of other parts of the globe for sequels. We can see the Men in Black in China, India, South Africa, Australia—hell, why not Antarctica? Everyone knows that Penguins are just aliens preparing for world domination. Just, hopefully we get a sequel.

When Men in Black came out, the Tommy Lee Jones and Will Smith pairing was a surprise, but International uses a well-established duo: Chris Hemsworth and Tessa Thompson. From Thor: Ragnarok, we know these two are great together, and one of the most exciting things about Men in Black: International was the chance to see them work together again in a different setting. Hemsworth and Thompson clearly love working together, and that dynamic is definitely there. The issue is that the writing didn’t give them a compelling bond. They work together, share some small personal details, but besides that, it seems the writers assumed people would go “oh, Thor and Valkyrie again. Yay.” Their chemistry is there, but there’s no real development for their friendship.

From the trailers for Men in Black: International, I assumed Kumail Nanjiani’s tiny little alien character would be horribly annoying. I was wrong. Pawny, a small alien whose entire kingdom is destroyed by an alien threat, might be the best character in the movie. This is because Nanjiani delivers his lines perfectly. The animation for the character even gets Nanjiani’s mannerisms right, making Pawny the most developed character in the movie—maybe the franchise. That’s also a problem, though. Pawny is supposed to be a gimmick character, but we like him more than anyone else.

The only returning player from the original MiB trilogy is Emma Thompson. Introduced in Men in Black 3, Thompson takes over as the director of the New York branch, and she’s still doing that in International. Granted, this keeps her in New York while her recruit, Agent M (Tessa) travels the world. But M is also on a mission, and once she leaves New York, she doesn’t interact with Agent O (Emma) at all until the end. You think they would be keeping in touch more. Thompson has one of the best characters, and easily rivals Rip Torn’s memorable Zed in the first two Men in Black films; International just needed more of her.

Liam Neeson is Used too Much and Not Enough

Neeson gets a lot of scenes as the head of the Men in Black London branch in International. He’s not as compelling as Emma, but he’s still fun. But just like the problem with Hemsworth and Tessa, Neeson’s problem is the script. His scenes are repetitive and don’t give him enough development, rendering any surprises with his character obvious from the beginning.

Even with some of the issues with the writing, it’s still a really fun movie, and that’s because of the cast. In fact, International’s problems are basically the same as all the other Men in Black films. We didn’t need a great plot, just fun characters on a cool adventure. We’re almost there. We have an enjoyable and probably rewatchable action comedy. The sad part is, a sequel could really bring more to these characters now that they’re already established, but the movie isn’t doing all that well. Domestically, it’s only made $57 million on a $110 million budget. Worldwide, it’s made just under $200 million—definitely not sequel numbers. Perhaps it will do well on home release, or Sony, not wanting to give up on a promising franchise, will give it a second try.

Or maybe instead of Men in Black International 2, we’ll get Charlie’s Angels in Black instead.

Don’t believe me about Penguins being extraterrestrials? Well, how do you explain this:

Will Galactus Ever Be In A MCU Movie?
How Much Does It Cost to Grade a Comic? All Your Questions Answered