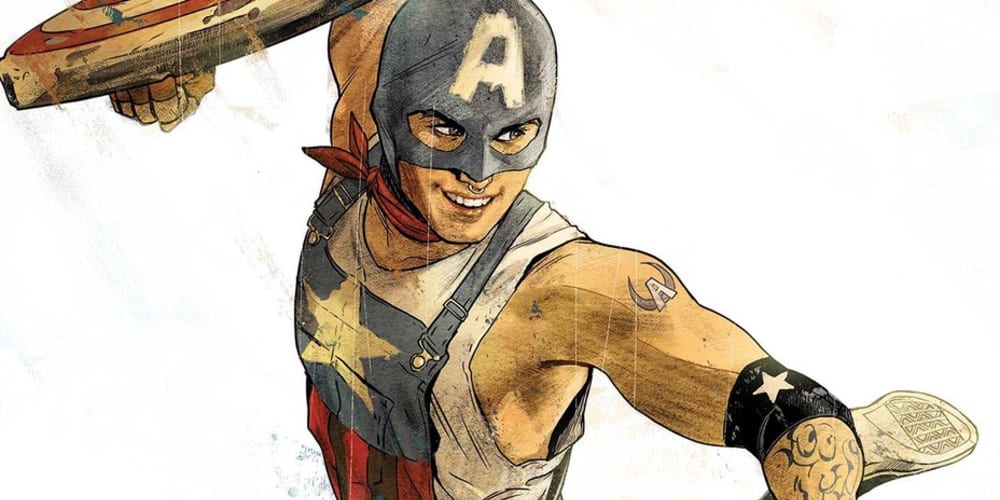 There have been a few notable characters who took the Captain America mantle over the years. But when it comes to Captain America, Bucky Barnes and Sam Wilson are the most important – after Steve Rogers, of course. But Sam was significant not just because he’s Cap’s friend, but because he’s African-American. When he was announced, the backlash from trolls was so palpable that writer Nick Spencer titled the first volume of his run “Not My Captain America” – a clear mockery of said trolls. However, we now have another character wielding the shield. This time, it’s a new character altogether, Aaron Fischer. But what makes Aaron so important? He’s the first LGBTQ+ Captain America. And while many are celebrating, yes, the trolls came out too. 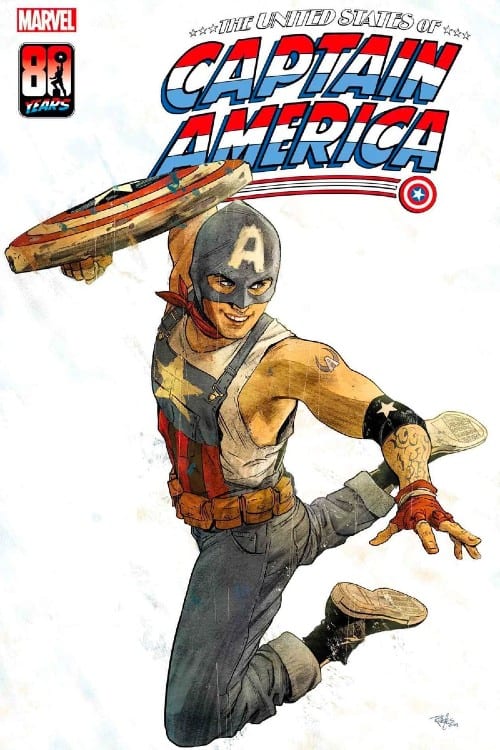 At the heart of Aaron’s debut is a tragic fact. As Youth.Gov reports:

Recent studies, as well as anecdotal evidence from social service professionals, suggest that LGBT youth are significantly overrepresented in homeless populations compared with their proportion of the U.S. population. Analyses of available data have found that approximately 1.6 million (an estimated 1 in 7) U.S. youth ages 12 to 17 ran away from home and experienced at least one night of homelessness in 2002. Although research on the percentage of homeless youth who are LGBT varies, analyses suggest that approximately 20 percent to 40 percent of these youth identify as LGBT. Also, African American and Native American youth are disproportionately represented among LGBT homeless youth.

Aaron isn’t simply one of the many young LGBTQ+ runaways; he’s their Captain America. “Aaron is inspired by heroes of the queer community: activists, leaders, and everyday folks pushing for a better life,” writer Joshua Trujillo said to The Hollywood reporter. “He stands for the oppressed and the forgotten. I hope his debut story resonates with readers and helps inspire the next generation of heroes.”

“I really enjoyed designing him and as a transgender person, I am happy to be able to present an openly gay person who admires Captain America and fights against evil to help those who are almost invisible to society. While I was drawing him, I thought, well, Cap fights against super-powerful beings and saves the world almost always, but Aaron helps those who walk alone in the street with problems that they face every day. I hope people like the end result!”

And Then the Trolls Came After the New LGBTQ+ Captain America

Every time there’s a push for diversity in comics (something desperately still needed), there’s pushback from so-called fans who don’t quite seem to understand the point of these characters. But when it comes to Captain America, it’s like they’ve never read one of his comics, period. Case in point, an outrage grifter on right-wing propaganda outlet Newsmax said that “this country is going bananas” because we now have an LGBTQ+ Captain America. He continued:

” He is a gay Captain America, complete with a nose ring, tats. When he takes off his skull cap there he’s got, like, a Mohawk thing. He’s not very muscular. What is this world come to?”

Yes, the problem is that Aaron isn’t muscular, because Rob Liefield’s 18-pack abs Cap is what defines America. 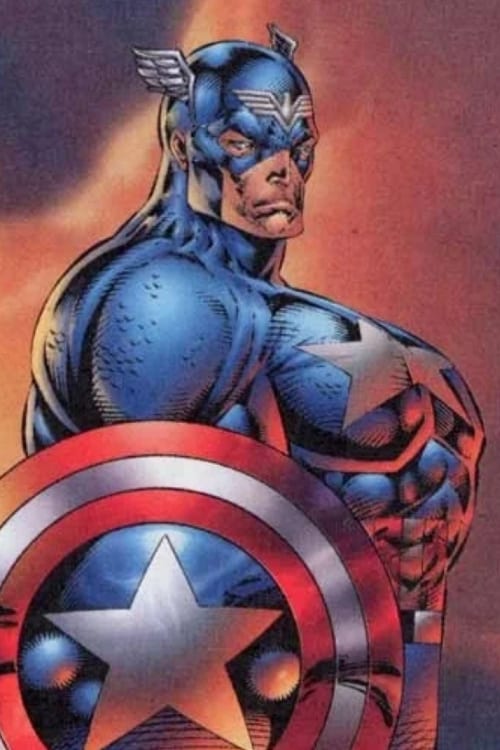 An outrage grifter guest on the program lamented that she was “thinking about this all day” and claims to be all for inclusivity, but also thinks there should be a “conservative superhero or a Trump-supporting superhero.” She added, “That would really require the left to be extra tolerant of other people that they disagree with.” Well, that’s not how tolerance works, actually. Nobody has to be tolerant of other people’s intolerance.  When the hero of that crowd did things like ban transgender Americans from serving in the military, you don’t get to talk about tolerance.

Captain America has always been there to fight for the oppressed. He fights for freedom, which is not what the guys in the Capitol insurrection attempt think it is. Freedom is being able to marry the person you want, serve your country, and simply use a public bathroom in peace. It’s the freedom to receive medical treatment when you need it, the freedom to work in any job you qualify for, and the freedom to exist safe from harm and hate crimes. The “freedom” to oppress people is something Captain America, no matter who it is under the mask, has always fought against.

Aaron Fischer is the Perfect Hero for 2021 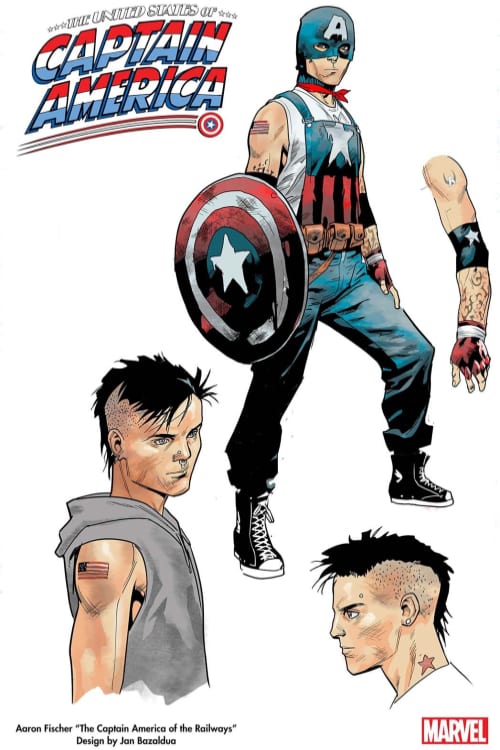 Aaron Fischer the perfect character for 2021? It’s because, under the former administrations’ rules, he wouldn’t be able to serve his country. But what does he do instead? Becomes a Captain America from and for the LGBTQ+ community. As Bazaldua described, Aaron is transgender as well. He would have been denied the right to serve. What better way to show fighting for people’s freedom than having a character denied that right wear the flag?

Look for Aaron’s debut during Pride Month. As well, look for his role in the upcoming The United States of Captain America this summer.