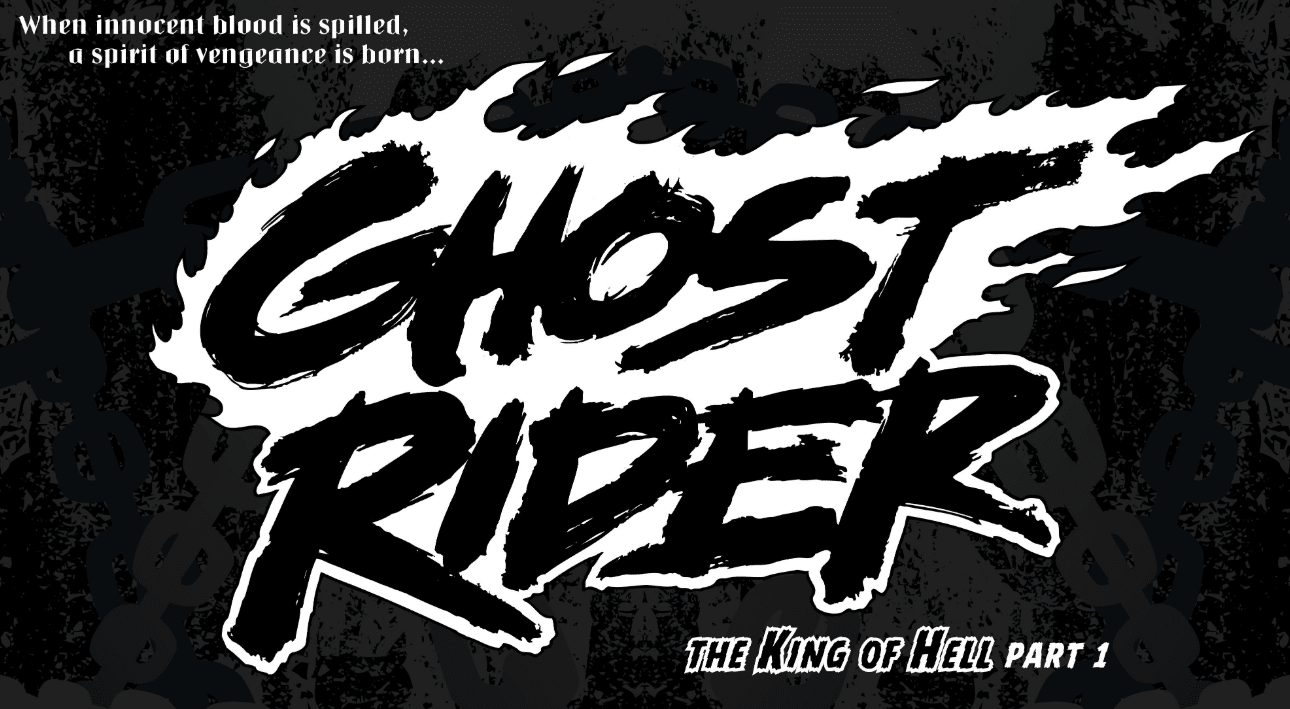 While Robbie Reyes, the newest Ghost Rider, is serving on the Avengers, Marvel hasn’t forgotten about two of the most popular Spirits of Vengeance in the 616, Johnny Blaze and Danny Ketch. We’ve seen them pop up here and there, most recently during the Absolute Carnage event, but now they star in the new series, Ghost Rider. Just one problem: it’s Ghost Rider, not Ghost Riders, begging the question: who is the star of this series, Ketch or Blaze?

Johnny Blaze is King of Hell? 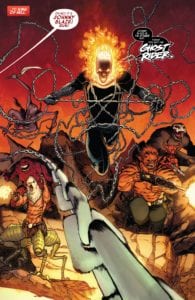 It’s been a little while since I’ve touched base with Ghost Rider, but now Johnny Blaze has supplanted Mephisto and is ruling over Hell. So, that’s kind of awesome. As the new king, Blaze is busy trying to make sure that demons don’t escape to Earth. Ed Brisson introduces a Johnny Blaze that is confident in his abilities and still cool. Then we meet Danny Ketch… 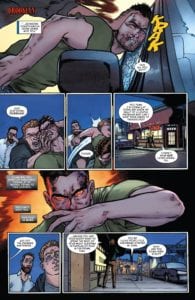 My eyes do that if I drink caffeine past 5 PM. (Image: Ghost Rider #1, Marvel Comics)

While Johnny Blaze is the Ghost Rider King of Hell, Danny Ketch is a drunk bartender who can’t keep his life together and is constantly trying to suppress the spirit of vengeance. He’s seen enough. People died in front of him, and he is finished with the superhero business. If it were only so easy. Ketch doesn’t have much choice but to fight demons, even if it means doing this: 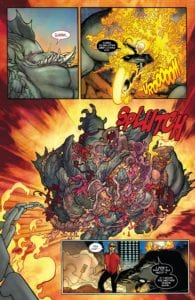 How my stomach feels after too much Chipotle. (Image: Ghost Rider #1, Marvel Comics)

Kudos to artist Aaron Kuder on whatever is happening in that massive panel—it looks painful, for the demon.

Which Ghost Rider, Blaze or Ketch, Should We Trust?

Spoiler alert here—something isn’t quite right. After doing the Ghost Rider in the stomach of the demon bit, Danny Ketch receives a message from his dead mom: Johnny Blaze is going mad with power. As he gets this warning, we see Blaze, as Ghost Rider, brutalizing a demon. We’re gearing up for a Ghost Rider vs. Ghost Rider scenario, Danny Ketch against Johnny Blaze. 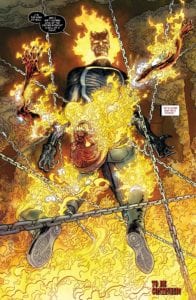 Or it’s just Mephisto screwing with them.

What did you think about the first issue? Sad about the Ghost Rider Hulu show not moving forward? Trying to figure out how to get scorched motorcycle marks out of your driveway? Respond below!