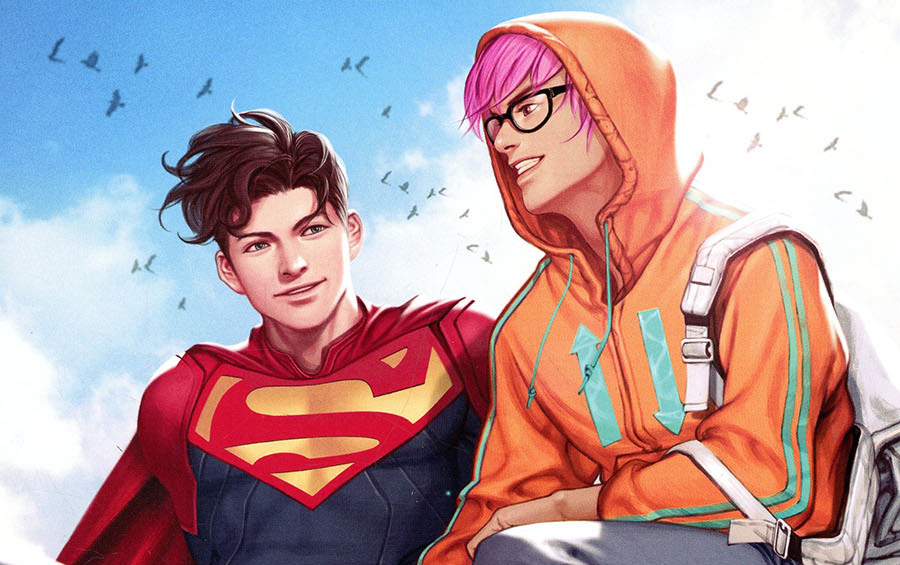 More shake-ups are coming to Superman: Son of Kal-El, with Jay Nakamura giving Jon Kent a new cape. If you haven’t caught up with the latest developments in this Superman comic, you might want to look away now!

One of the colorists of the series, named Triona Tree Farrell, shared a picture of the story for DC Pride 2022. This anthology will feature a bunch of one-shot stories from LGBTQ+ characters across the DC universe. 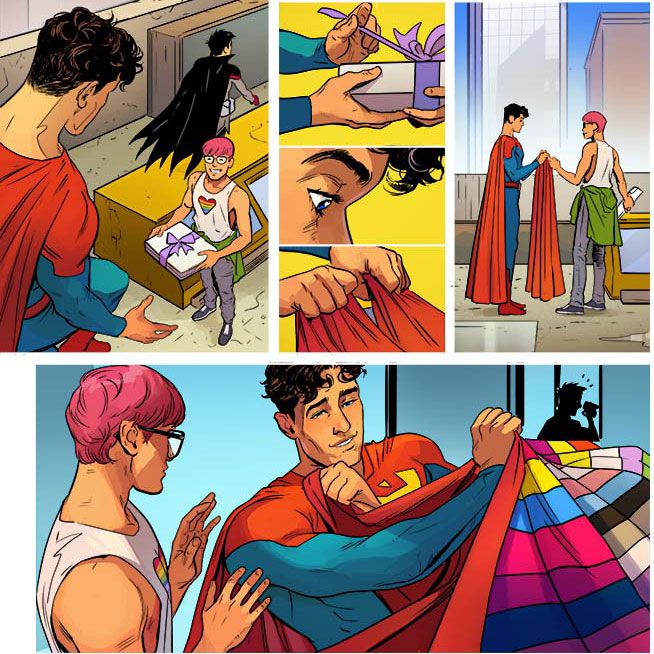 In Superman: Son of Kal-El, Jon Kent is the son of the popular superhero, Superman. However, unlike his father, Jon Kent is bisexual and has a boyfriend named Jay Nakamura. It is Jay who gives Jon the new cape. The cape is Pride-themed to tie in with the message of DC Pride 2022. It gives Jon a way to show off his true colors to the world. So, this seems to suggest that we might be getting a new look for the popular figure.

The last time we saw Clark Kent, he was forced to leave the Earth to deal with other threats. So, this meant that his son had to take the role of Superman and protect Earth in the meantime. The preview issue shows Jon meeting Jay, with the latter individual giving Jon the cape.

Furthermore, looking closely, there is a figure hiding in the background, who appears to be Damian Wayne. Comic fans will remember Damian as the son of Bruce Wayne or Batman. Damian and Jon are best friends in the series. It seems like they will have plenty of adventures together in the future, perhaps even in Superman: Son of Kal-El. 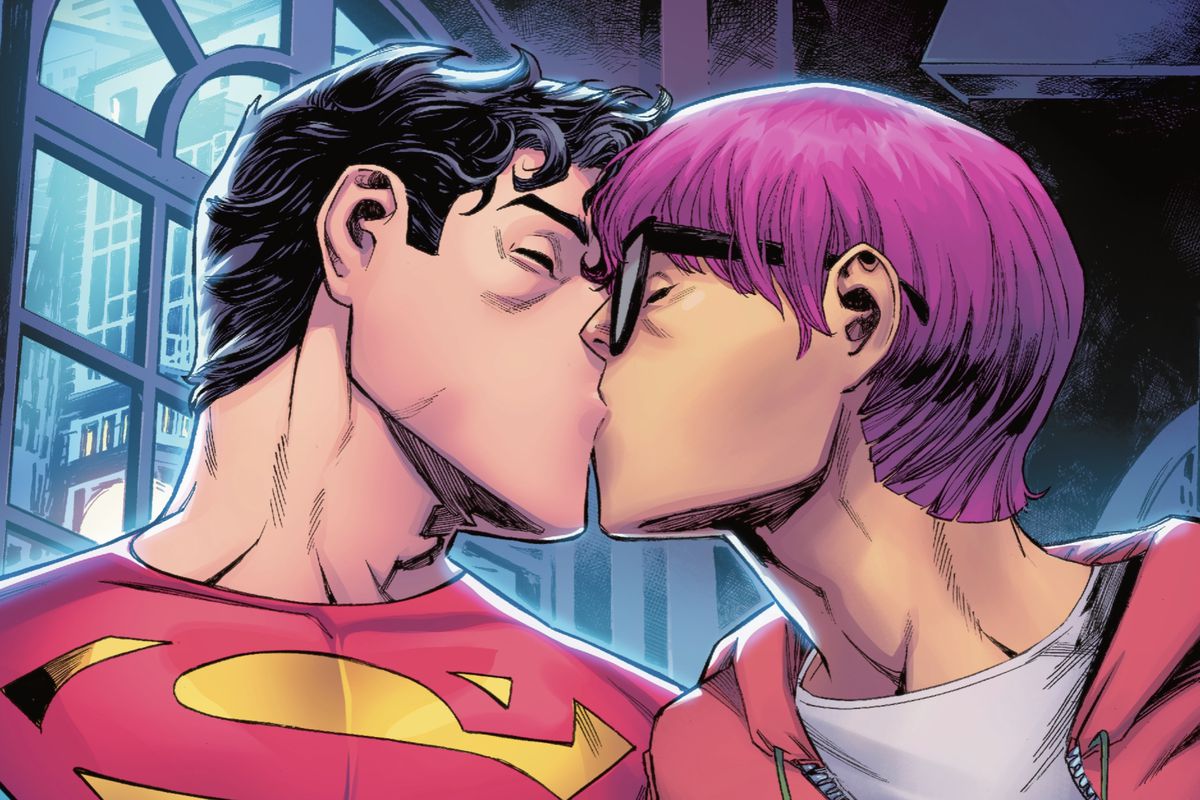 Way back in issue 5 of Superman: Son of Kal-El, readers, saw Jon Kent come out as being part of the LGBT+ community. It was not until five issues later that he told his mother, Lois Lane, the truth and came out as bisexual. Jon’s boyfriend, Jay, is a journalist in charge of a news website determined to reveal the truth about the world. So, it makes sense he called his new site “The Truth”!

Likewise, Jay has started to exhibit some superpowers, and we have a feeling we’ll see some more of them in future issues of Superman: Son of Kal-El.

Moreover, the decision to make Jon an LGBT+ character was not something that the writers took lightly. However, they still thought that it was important for them to include this fact in the series. One of the writers of the series, Tom Taylor, stated that “Superman’s symbol has always stood for hope, for truth, and for justice. Today, that symbol represents something more. Today, more people can see themselves in the most powerful superhero in comics.”

The Importance of Representation in Superman: Son of Kal-El

Additionally, This one-shot of Superman: Son of Kal-El is part of a large anthology release titled DC Pride 2022. The writers for Superman’s story, titled “Super Pride,” are Nick Robles, Devin Grayson, and Aditya Bidikar. Naturally, fans can expect plenty of other famous faces from the DC universe to make an appearance in DC Pride 2022. Tim Drake, Poison Ivy, and Harley Quinn are just some of the ones that we know for a fact will appear.

As part of the introduction to the collection, Nicola Maines discussed the importance of representation and how “Seeing yourself in the media you consume is validating in a way that says, ‘You are not alone.'” She discussed how important it was for her, as a “young trans girl growing up in rural Maine,” to see this representation in the media that she loved. After all, “they stand alongside the very best of us. They are the best of us.”