Review: The Witcher on Netflix Is Not As Bad As You Think - Comic Years

The Witcher is streaming now on Netflix and other reviews so far have been decidedly mixed. But don’t listen to the haters. The Witcher is an excellent fantasy series that is faithful to its original source material. It hews closely to the short stories in the books The Last Wish and The Sword of Destiny. It also nails the tone and style that the video games popularized. But let’s dive into our review of The Witcher on Netflix and examine what works with this show, and what does not.

Henry Cavill Is Excellent As Geralt of Rivia

As the stoic Witcher, Henry Cavill has to do a lot of nuanced acting work without much dialogue. He does grunt and glare a lot, but these are perfect expressions of the character. Cavill was a vocal fan of the Witcher video games and lobbied hard to get this role. Showrunner Lauren Schmidt Hissrich has spoken about how she initially turned Cavill down when he auditioned for the role. But in the end his persistence paid off, and the show is better for it.

Henry Cavill is Geralt of Rivia | Image via Netflix

It is clear that Cavill is dedicated to his role as Geralt. And while his representation of the character may at times border on cosplay, he still pulls it off. Cavill brings a sincerity and depth of emotion to Geralt that is necessary. Despite the common refrain of “Witchers can’t feel human emotion,” Geralt truly is the heart of the series.

Cavill’s commitment to the role also brings out the best in every other actor in the series, because all around the acting ranges from solid to superb. Even actors playing the most minor roles are clearly dedicated to imbuing their moments on screen with intensity and emotion. Special recognition must be given to Emma Appleton, who plays the character of Renfri in the first episode of the show. Appleton’s Renfri is fierce and charismatic. Her depiction of a cursed princess; doomed by the circumstances of her birth haunts Geralt and the audience long after the first episode.

The Witcher Is A Classic Fantasy Series With Some Flawed Ideas

Andrezj Sapowksi wrote the original short stories for The Witcher in 1980’s Poland. They hearken back to a simpler time in speculative fiction. They are about a man who hunts monsters and the adventures he embarks upon. The books are well regarded for their nuanced messages about the nature of mankind; how power corrupts, and what it means to be an outsider.

However the books (and the video games) also have some regressive messages about women. It is clear that Hissrich wants to subvert these ideas, while staying true to the source material. This is a tricky balancing act. It means that we get two fairly strong female characters as main protagonists in the show – Yennefer and Ciri. But it also means that we get a reductive narrative about how much Yennefer wants a baby – as if that is the only thing that truly defines womanhood or family. It also means that Ciri is treated too often as a damsel in distress rescued by various male figures.

These issues really speak to the larger world of The Witcher, and how truly terrible it is to the women who inhabit it. This is an issue with the source material, as well as an issue the prevalence of these tropes in the fantasy genre. Hissrich does a great job fleshing out the female characters. Yennefer gets to be a fully realized character, instead of just existing as Geralt’s love interest. We get to see the world through Ciri’s perspective, both cruel and wondrous. Other female characters get more of a story than either the books or video games have ever done, such as Queen Calanthe of Cintra. All of our female characters are deeply flawed, but capable and strong. They have been forged by the hard world of The Witcher, and the series goes to great lengths to show how that happens.

Netflix and The Witcher Leans Heavily On Video Game Tropes

There is no question that The Witcher‘s visuals are drawn directly from the video games. The monsters look very similar, Geralt is identical to his video game depiction. It was a good idea to take the pre-existing character and world design from the Witcher games. This establishes a level of familiarity with fans. It also makes it easier to not explain every single detail (even though the show does make an attempt to explain every single detail, and it really doesn’t need to). When you see a certain monster, you know what it is and how it can be killed. When you see Geralt’s white face and black eyes, you know that he has taken a potion. Whenever Geralt clutches his wolf medallion, you know it is vibrating in response to nearby magic.

However, leaning too much on the video game tropes can be an issue in the format of a television show. For example, the show is incredibly gory and leans hard into the horror genre. There are too many instances of random NPCs being gutted; beheaded, or dismembered in various ways. As someone who usually turns off the ‘excess gore’ option in violent video games, I wasn’t a fan of the show turning it all the way up. Primarily because the show has a tendency to linger too long on these scenes, precious minutes that could be spent on more character development.

Throughout the first season of The Witcher, we follow three main characters. Ciri, Geralt, and Yennefer all follow their own chronological timeline that does not line up with the others. This can be confusing for anyone who does not know the source material, or anyone who cannot penetrate the dense world politics of The Witcher. However – despite this asynchronicity – the show manages to weave the stories in an interesting way. The thematic parallels between Geralt’s monster of the week hunt vs. Yennefer or Ciri’s personal struggle works well. 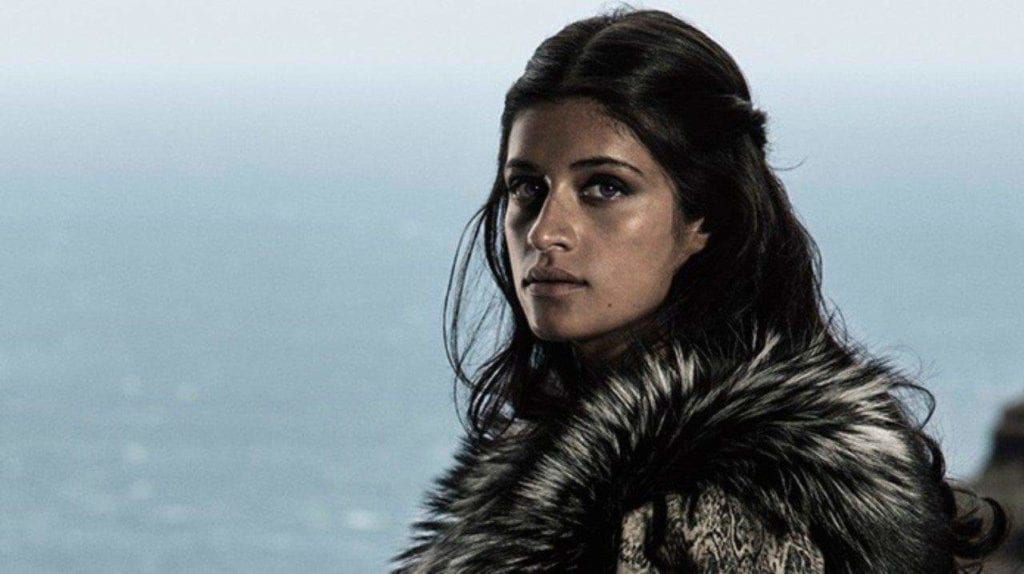 One of the things that the books do well is the interplay of myth and reality. The short stories in The Last Wish and The Sword of Destiny are actually fairy tales. Renfri from the first episode is essentially Snow White. The story of Ciri’s parents, with the cursed hedgehog-man is really Beauty and the Beast. Slavic mythology heavily informs the world of The Witcher, and twists these familiar fairy-tales into stories far more grotesque and horrifying. One thing that the show could improve upon is making these fairy-tale origins clearer.

In the books, it is often the characters telling their own stories. In the video games, it is the bard Dandelion (Jaskier in the show) who is framing the stories. This is a series full of unreliable narrators, and I think that might be something the show should consider in future seasons. There is an element of finding truth in fiction, and in folklore, that the show is striving for. A narrative framing device would help this greatly.

What Is The Verdict of Our Netflix Witcher Review?

Despite all of my criticism of The Witcher, I did genuinely enjoy the first season. I have played every Witcher game, and read many of the short stories from the books and had various issues with all of those things. The Netflix adaptation makes great strides to improve upon the source material, and it is genuinely entertaining to watch. Yes, it is absolutely a messy show at times. It over explains some things, while other elements are left opaque and confusing. But the acting is excellent. The cinematography is gorgeous. There are some genuinely funny moments that contrast with the darkness and horror. There are also some heartfelt and compelling emotional beats that really draw you into the world and make you invested in the characters.

In the second season, I would like to see The Witcher to actually veer off from the source material a little bit more. I would like the show to give itself more room to breathe, which it doesn’t do very much between trying to satisfy book fans and video game fans. There was a lot of pressure on Netflix to deliver with the first season of The Witcher, and I think they did a great job navigating the source material. The second season is bound to give us more adventures with the three main characters together, and I am looking forward to it.

The Witcher is streaming now on Netflix. What did you think of the new Netflix fantasy series? Join the conversation with Comic Years on Facebook and Twitter today.