The Mandalorian Series Prepares Its Finale

The Mandalorian Prepares Its Finale, According to Katee Sackhoff The Mandalorian Series, one of the most successful series on Disney’s streaming platform, is preparing for its finale. The show currently dominates the amount of airtime on the platform. According to The Hollywood Reporter, it has approximately 14.52 billion minutes, beating any Star Wars and Marvel series.

The question about The Mandalorian’s final season has appeared in several circles. With its current popularity, it should not happen anytime soon. However, Katee Sackhoff, the series star, revealed some details about it.

The Mandalorian Series Prepares For Its Final Season

In an interview with Variety at the D3, Katee Sackhoff said The Mandalorian prepares its finale. The actress mentioned she spoke with the show’s producers, who told her they already have a possible ending for the series. Sackhoff also knows how many seasons it will have, although the public might not find out anytime soon.

When Sackhoff was asked how many The Mandalorian series would we have, she replied, “You know, I have been told, but we’ll just have to wait and see if that happens.” Apparently, the producers have a plot in mind and the number of seasons to make, but they won’t let the public know. “Yes. Yes .” Sackhoff continued, “The good thing with Dave and Jon is that they’re constantly expanding this world, and I don’t think that Star Wars fans will be lacking for content any time soon.”

We don’t know if her statements were so vague to generate expectations for the series or to control the plot. However, the show will probably have 4 seasons. Sackhoff spoke to Yahoo about The Mandalorian‘s third season and detailed, “So, this season, as you saw in the trailer, there’s a lot more Mandalorians in the season. And with that manwillns in one room, things are going to go wrong. So I can’t wait for people to see that….. I think this season is different. I think it’s The Mandalorian. It’s everything that people have come to love and know about the show, but I think this season is a little bit more fast-paced. And I do think…tonally… it’s like a moving train and you just have to get on.”

We’ll have to wait to find out how many seasons the show will have, but Disney’s statements at the company’s D23 event said there would be many.

Connection with other Star Wars Products

Fans have also commented on this series’s connection with the Star Wars world, especially with the main saga. All the independent series and spin-offs have some relationship with the main saga, and likely The Mandalorian will also have it. In this regard, there are several options, some oriented toward forming the First Order.

We should note that this series takes place five years after Luke Skywalker defeated the Sith and his father eliminated Palpatine. It also takes place 20 years before the formation of the First Order. Moff Gideon‘s determination to capture Grogu may be related to this fact. After Palpatine’s fall, the dark side of the force didn’t have representatives. The light had Skywalker and Leia, who continued their training and searched for new Padawans. 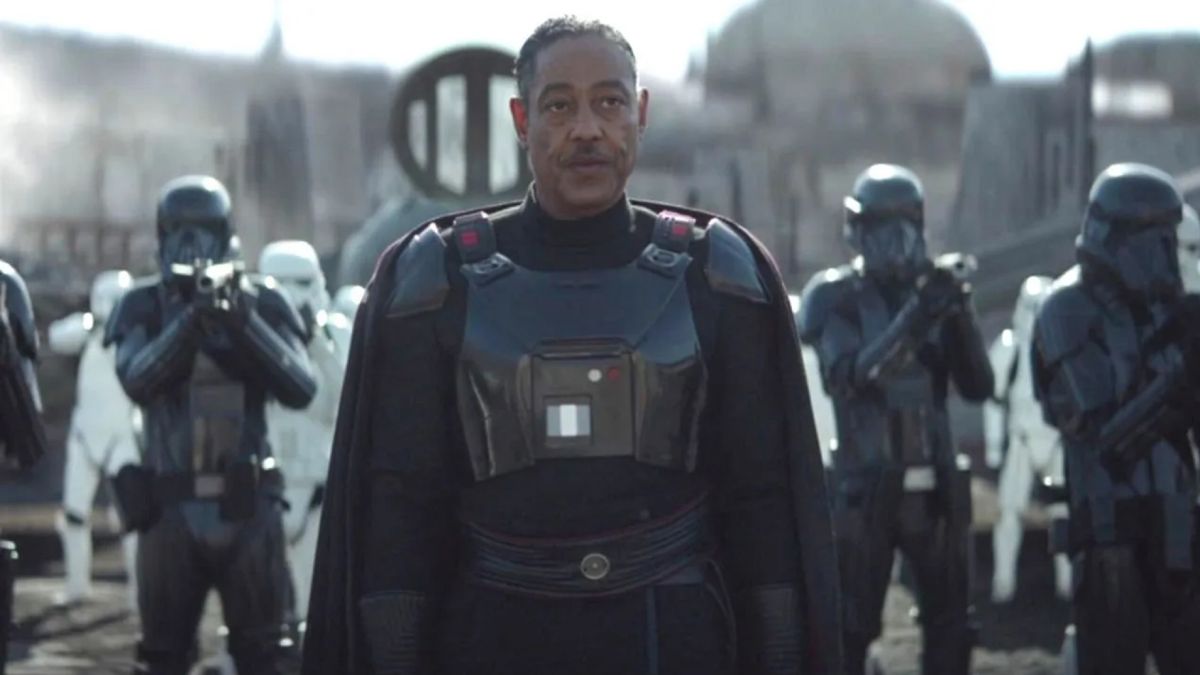 Gideon is likely looking for a child who can sense the force in other people to find someone from the dark side. Gideon could use Grogu, who has this ability, so he might capture the child again. That could lead to us seeing the beginning of Snoke, Ben Solo’s trainer in the dark arts in Star Wars: The Force Awakens. We would see how he was found and how the First Order was formed, leading to all the battles we saw in films 7 through 9 of the saga.

Another conjecture out there is that the character who is transporting someone from the royals is Din Djarin. In Rise Of Skywalker, Rei’s father was Palpatine’s son. They could show how the family got there and the origin of this Jedi.

Olivia Colman Triumphs Playing Her Majesty, And Could She Win Another Oscar?
Michael Keaton About His Return As Batman