The Elmo Rocco Controversy: How A Sesame Street Fight Affects Us All

The Elmo Rocco Controversy: How Sesame Street Has Redefined Life And Friendship 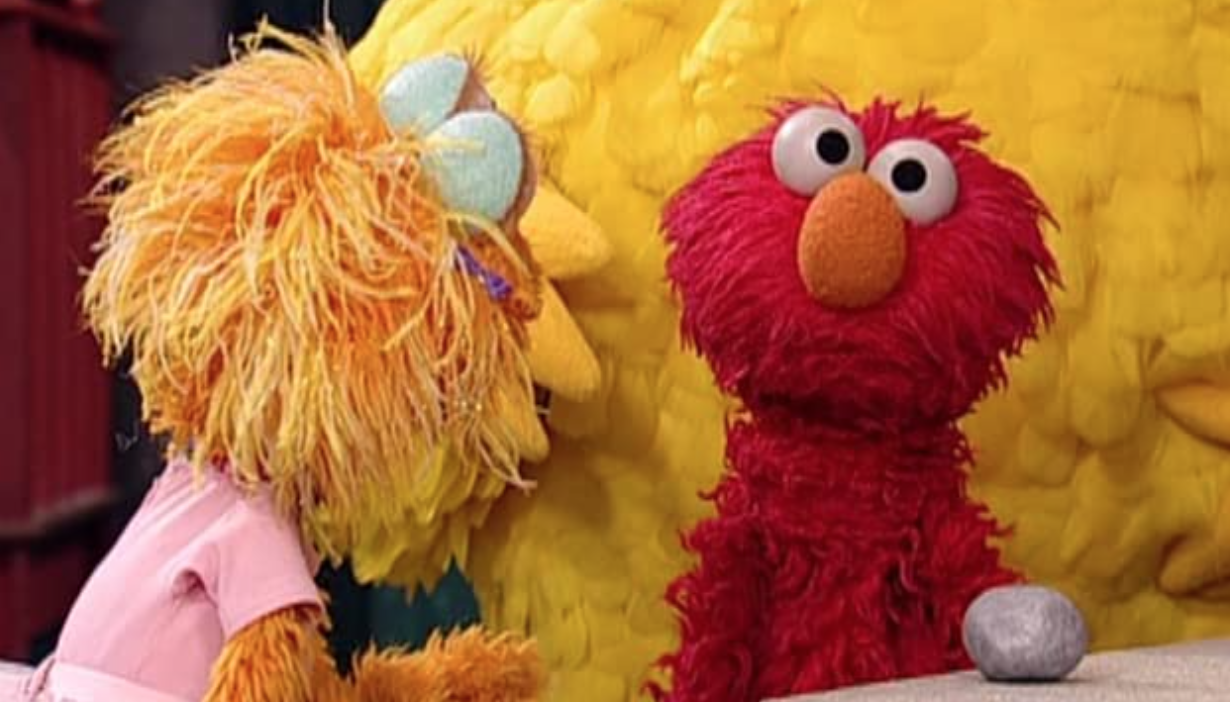 Sometimes heroes fight. Marvel had a civil war. Batman and Superman often go from friends to enemies faster than you can say “Martha.” Spider-Man semi-regularly has to kill his best friends. It happens, but once in a while, a truly contentious fight comes into the public arena, and that’s what we’re seeing on the mean streets of Sesame. The verbal fight on Sesame Street between Elmo, Rocco, and Rocco’s owner Zoe has been going for months now, and we’re going to trace the path the Elmo and Rocco controversy has taken. 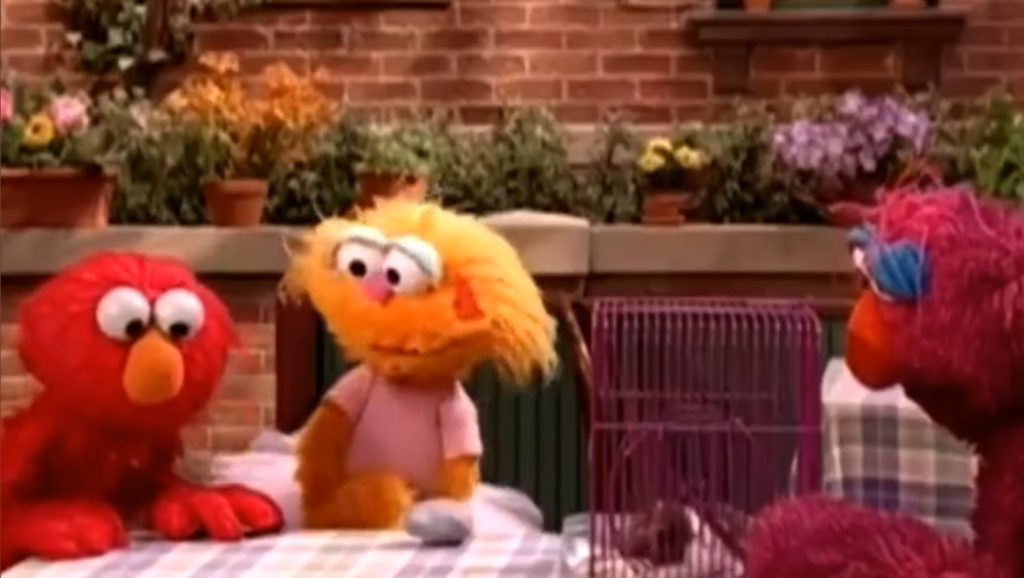 Elmo vs Rocco: Dawn of Gaslighting

Though he hasn’t had much media attention outside his own show, Rocco actually first graced the screen all the way back in 1999. Even then, Rocco’s relationship with Elmo was fraught. He would often interrupt segments (through Zoe), derail activities (also through Zoe), or stubbornly argue that he was actually alive (again, through Zoe, who really does most the talking for Rocco).

The Elmo Rocco controversy and associated conflict began at the craft table, as so many great rivalries do. Elmo and his friend Zoe were on a playdate, and Elmo wanted to do crafts. Little did he know, this playdate was about to get rocky. Zoe brought along her own friend, a small gray rock she’d named Rocco.  The rest is history.

When Elmo tried to begin craft time, Rocco informed him (through Zoe as an intermediary) that Rocco didn’t want them to do crafts until he’d found his own suitable playmate. But stone cold Rocco wouldn’t be friends with just anyone. Rocks were too boring. They “just sit there.” We can see the subtle signs of the conflict growing in Elmo’s tired response:  “you mean like Rocco.” Rocco didn’t want a rock, he wanted a friend with a face and hair. These standards would be the genesis for two horrific murders that take place at the very craft table around which sat the pair (and rock). 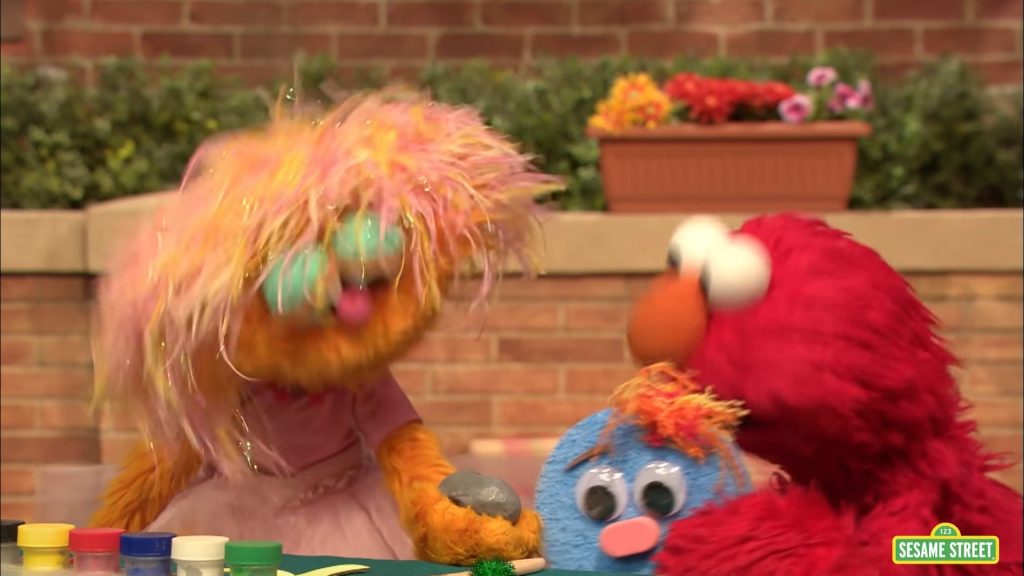 Elmo Frankensteins two playmates for Roccoo so he can have his own playtime. The first is a balloon called Balloono. Rocco sends Balloono flying before they can even attempt a game. Next is Eggie. Rocco asks to play paddy cake and straight-up murders him. Blunt force trauma to the shell. He never stood a chance. Elmo crafts one final friend for Rocco out of a sponge, and seemingly the controversy between Elmo and Rocco is over. Though not without two new likely additions to the Muppets Haunted Mansion.

Elmo and Rocco: A Sesame Street Fight That Became a Meme

If it had all ended at the picnic table, we’d probably never know the name Rocco. But it didn’t end there. Virtually every time Elmo interacts with Zoe, she busts out Rocco like a proud parent. She gets in a fight with Telly Monster about who is the best pet. This is where that amazing clip of Elmo and the hamster comes from. He lovingly greets Chucky Sue, then gives this weary “hello Rocco” when he sees the stoic stone on the table. It’s around this time that Elmo, a Muppet who is supposed to only be 3 years old, starts to sound like a jaded 35 year old talking to a boss they know they’ll be stuck with for another 25 years. “It’s a rock,” he yells at the camera as Zoe shouts Rocco’s praises. That’s how the next few scenes with Rocco would go. Zoe says something amazing about Rocco, and Elmo becomes the voice of the audience. Rocco supposedly says hello? “Elmo didn’t hear anything.” Rocco is throwing a birthday party? “It’s a rock!” Rocco’s party is actually a good time? A very adult sigh from the red Muppet voice of the people.

The fight between Elmo and Rocco, a literal rock, escalated into a genuine outburst. Episode 4077, aptly titled “Elmo feels he’s treated unfairly by Rocco” is when it all goes down. Elmo and Zoe are sitting down to enjoy some cookies when Zoe demands one for Rocco. Rocco is given an oatmeal raising cookie, Elmo’s favorite and objectively the superior cookie. Elmo tries to take Rocco’s, but Zoe thwarts him, and he just unloads, full Muppet shouting “Rocco’s a rock, Zoe. Rocco won’t know the difference… How is Rocco gonna eat that cookie, Zoe? Tell Elmo! Rocco doesn’t even have a mouth. Rocco’s just a rock. Rocco’s not alive!”

Where is the Sesame Street Drama at Now?

We don’t really have to unpack why it’s so relatable watching a Muppet lose his mind because someone close to him won’t recognize his perspective or input. All that we need to know is that this whole thing blew up. Elmo and Rocco became a meme seemingly overnight. They appeared in videos, the sound got popular on TikTok, and Elmo even released a statement. The Rocco debacle got so big that it even ended up on other shows. SNL had a bit on it, and usually if a rock is getting this much attention, a new The Fast and Furious movie just came out.

Elmo speaks out on his feud with Rocco pic.twitter.com/5Bw0QB61n5

And that’s where things are now. Elmo and Zoe remain friends on Sesame Street and Rocco remains a rock. We don’t have confirmation that Elmo got to eat the oatmeal raisin cookie, but we’re almost certain that Rocco did not. Maybe he crushed it. After what he did to Eggie, anything is possible. Elmo continues to be steadfast in his certainty that Rocco is just a rock. Zoe remains mentally in 1975, thrilled and in good company as the nation is captured by none other than the Pet Rock.

You can find Sesame Street on HBO Max or PBS!

Is Rocco alive? Is Zoe gaslighting Elmo because of a vain hope that the rock she has toted around for 23 years is more than just a geological coincidence? Tell us in the comments below. Whose side do you take in the Elmo versus Rocco fight?

A Live Action Last Unicorn Is Coming Along With A Stage Musical
Why Is Yellowjackets So Popular? A Review of the Latest (Literal) Cult Series