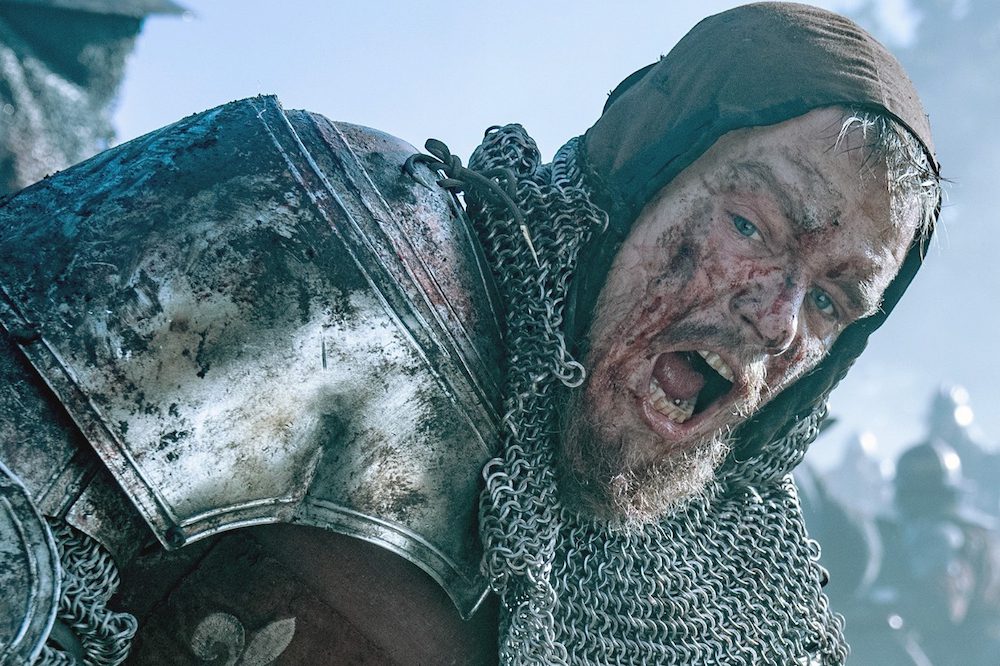 Trying to outdo Martin Scorsese in the old man grumbling about kids, Ridley Scott says that he blames Millenials for The Last Duel’s box office failure. But his reasoning as to how this pesky generation wronged him is, well, nonsense. Yet his complaints didn’t end there. Over the past month, he’s complained about critics (even though Last Duel got fabulous reviews) and superhero movies (even though he’s directing an adaptation of an indie superhero title, Queen & Country). So, let’s dive into one of the best and grumpiest directors of all time, to find out why he blames these darn kids and their darn technology (and not, you know, the pandemic) for his movie underperforming at the box office. 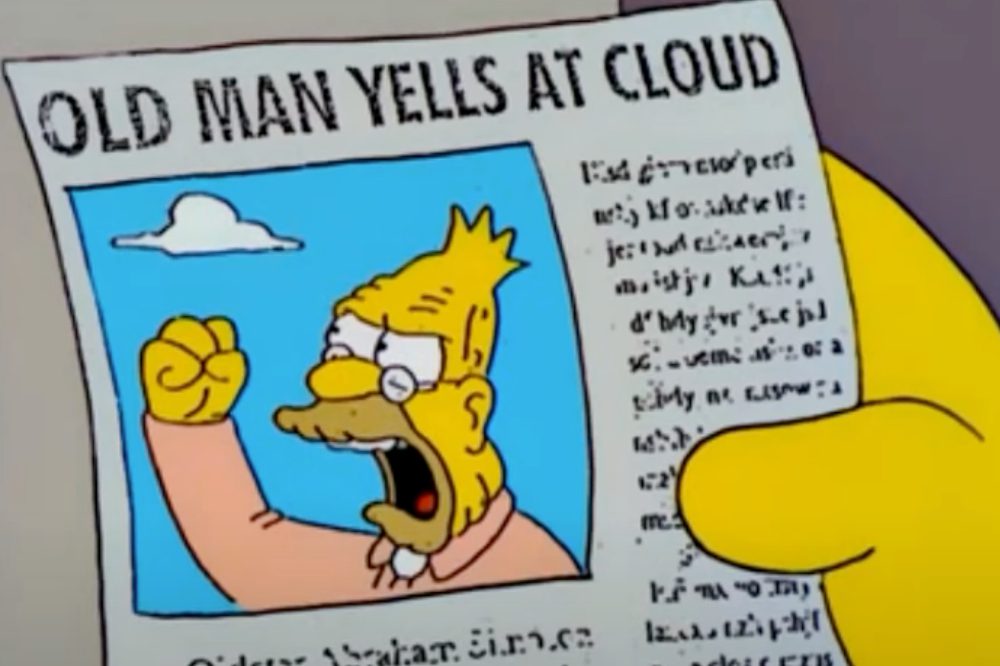 “I think what it boils down to — what we’ve got today are the audiences who were brought up on these fucking cellphones. The millennian (sic) do not ever want to be taught anything unless you’re told it on a cellphone.

“This is a broad stroke, but I think we’re dealing with it right now with Facebook. This is a misdirection that has happened where it’s given the wrong kind of confidence to this latest generation, I think.”

Oh, Ridley, that cloud did nothing to deserve your wrath. Mainly because that “cloud” – Millennials – isn’t the “latest generation” that he’s yelling about. That would be Gen Z and their flibbertigibbet TicTak videos. But also, Gen Z goes to the movies too. But he doesn’t just blame Millennials; he blames cell phones. Mostly, how these damn young ’uns can’t learn about history through a device that has access to the entire history of accumulated human knowledge in the world. They need to go to school. Oh, wait. Not schools. Movies? Yes, learning history through film is the most reliable method. However, it wasn’t just “Millennials” (sic) and cell phones that received some Scott Free wrath. He went after reviewers too. 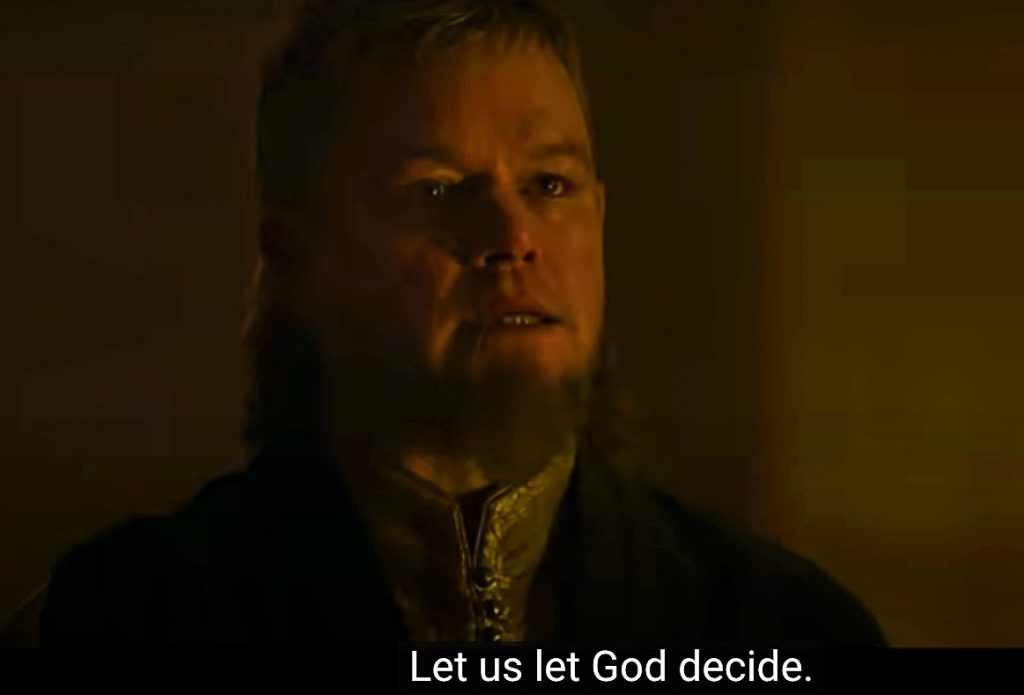 Though Ridley Scott blames Millennials for The Last Duel’s disappointment, that at least makes sense, even if it is just an old man yelling at people to get off his lawn (and go see his movie). But earlier in the month, he went after reviewers:

“It was exceedingly disappointing. The fatal thing is when you think you’ve got it, you haven’t — I thought I’d got it on Blade Runner and I hadn’t! I was crucified by a big critic at the time called Pauline Kael. It’s why I never read critiques, ever. You have to be your own decider — if you worry about what the audience is thinking and what they may want, that’s fatal. A good film will find itself, and now Blade Runner is in the Library of Congress.”

Okay, sometimes the Rotten Tomatoes scores can kill box office potential, and they get it wrong as often as they get it right. The negative reviews for Eternals had no impact, it seems, on the film’s box office success. What’s strange about Scott blaming the critics is that the movie is the fifth best-reviewed movie in his entire directing filmography. In fact, it is the second-best reviewed in the past 35 years (The Martian is ahead).”

And while he blames critics and Millennials for the box office bust, he didn’t consider that we are still in a pandemic, so if people go to the movies, they want to make sure it is a good experience. The Last Duel is a harsh, bloody movie about toxic masculinity and rape. That’s not a “risk my health to see it on the big screen” kind of movie for most moviegoers. Sure, every movie looks better on the big screen, but even before the pandemic movie audiences typically saved their movie-theater attendance for spectacle films. The Last Duel is the kind of movie that might even work better watching at home rather than in a theater.

How Ridley Scott Defended Eternals – and all Negatively-Reviewed Movies His criticism of critics also works against him. Like Scorsese and other directors, Scott complained about the superhero genre and how “boring” the movies are. One of the pioneers of special effects lamented:

Yet his point earlier, that even though critics might hate a movie today, it could be considered a classic twenty years from now, is the best defense for Eternals. In fact, Eternals shares a lot with the original Blade Runner. Both were departures from what audiences expected. Eternals breaks the MCU mold, and Blade Runner was very different than Alien. Additionally, directors Ridley Scott and Chloé Zhao danced a fine line between celebrating their genres (sci-fi and superhero films, respectively) and breaking every rule they possibly could.

It’s a shame he feels so negatively about Superhero movies too. Imagine what he could do with a character like Martian Manhunter, or the Green Lantern Corps. If they weren’t already making it into a Disney+ series, I’d say Moon Knight too. Oh well, we’ll just have to settle for his upcoming movie Queen and Country…which is based on a comic book series.

The Last Duel will be available to stream on Disney+ on December 1, 2021.

What do you think about Ridley Scott’s complaints about The Last Duel? Did you see the movie? Sound off in the comments below and share your two pennies’ worth about why movies like The Last Duel underperformed and what movies you think work best at home versus in the theater.

Lady Gaga House Of Gucci Performance Is Incredible in Uneven Movie
Jeremy Renner Is Just Like Us And Spends Avengers: Endgame Crying