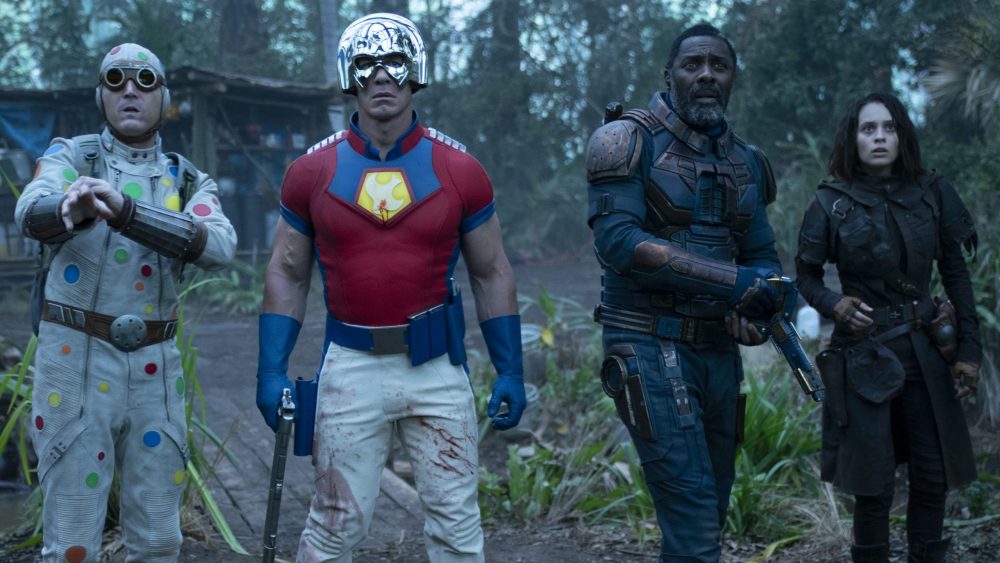 Things can get in the way of a director making their dream film. Maybe it’s budget, studio interference, or a limited crew. But what happens when someone gets the budget they want with the freedom to do what they want with it? It looks like that is what James Gunn is getting with his latest DCEU project. In two new IMAX featurettes for The Suicide Squad, we catch a glimpse of the intensity going on in front of the camera and behind it.

These Featurettes Ensure That We See The Suicide Squad In IMAX

The RED X WB Pictures BTS clip, as shown below, gives viewers a glimpse into the filmography that is going into The Suicide Squad. Based on earlier trailers, it’s clear that the film will have some innovative camera work. This clip proves just how cool it actually looks, both on-screen and behind the cameras. It doesn’t just play as an advertisement for RED Digital Cinema but also works to showcase just how far cameras have come.

Another The Suicide Squad featurette for IMAX shares some of the cast and crew’s thoughts on the film. It’s always promising when you can see the excitement behind the scenes, hinting at a movie that is more than empty promises. They give us hope for plenty of plot twists, intense action, and on-screen wackiness. As Idris Elba shares, it’s a massive graphic novel “brought to life.” Sign us up!

Get a glimpse inside the mind of @JamesGunn as we go Behind the Frame of his latest film, @SuicideSquadWB. Take it from him, seeing it in IMAX is the BEST way to experience #TheSuicideSquad. https://t.co/fxromWeILp pic.twitter.com/nJZcXKUKEY

Theaters all around the world are finally opening up, with some of the last to reopen announcing showtimes in the coming weeks. This makes it the perfect time to make sure that we all catch The Suicide Squad when it hits theaters in IMAX on August 6th, 2021!

Catch the official trailer for The Suicide Squad and get ready to get your hopes up with us.

Disney Fired James Gunn…And Quickly Rehired Him. Three Years Later, Gunn Reflects On The Whirlwind
The Steam Deck Is The Handheld Gaming PC Of Our Dreams