Hunger Games Prequel – What We Know 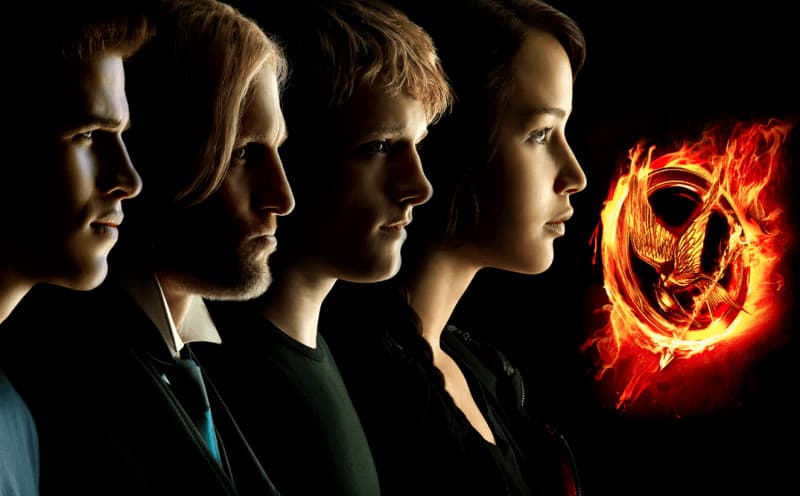 After Harry Potter, readers wondered what young adult series would make waves internationally. In fact, nobody waits very long for the next big trend. Suzanne Collins and her dystopian future epic The Hunger Games quickly became a phenomenon, spanning 3 books and four feature films. There were a lot of readers who loved Katniss and her battle to protect her family. As a strong female character, the series provides a much needed heroic depiction of women in writing. Now, a Hunger Games prequel is coming to shelves from the author of the original series. Here’s what we know about the upcoming book. First, here’s a background on the Hunger Games to set the stage.

What is the Hunger Games Prequel About?

The Hunger Games series is the story of Katniss Everdeen, a girl who lives in a future dystopian country in North America called Panem. In the novels, the world is not anywhere near its condition in our reality. The country is split into districts, in which people live in poverty and poor conditions. A militaristic dictatorship runs the country, and keeps all of its wealth and lavish lifestyles in one single place. Those who live inside the district enjoy watching a battle royale competition called the Hunger Games.

The Hunger Games are a televised death match in which children are chosen from each of the 12 districts to fight to the death. Fans in the affluent Capital pick favorites and vote for powerups to their beloved contestants. In the novels, Katniss volunteers to fight for her younger sister, Primrose alongside fellow District 12 tribute Peeta. They train with former District 12 winner Haymitch, who is now an alcoholic. During the Hunger Games, Peeta and Katniss develop a bit of a romantic spark, which the viewers love. As each tribute gets killed, it comes down to Katniss and Peeta, who agree to kill themselves in a double suicide. Before they can do it, the Capitol freezes the battle and saves them, seeing as the public in the Capitol loves them.

Unfortunately, the Capitol hates that their hand was forced, and Katniss’ defiance throughout the Hunger Games spurs a movement in the districts against the Capitol. This leads a revolution that takes on the power that puts so many in the districts in terrible conditions. It’s here that the Hunger Games Prequel will base its story, but before all of the events of the original trilogy.

Themes in the Hunger Games

Seeing as the prequel will likely be in the same vein as the Hunger Games novels, themes are worth looking over again. The main theme in the book is the concept of power. Because the districts are limited to the wants and ends of the Capitol, very little uprisings occur. Heavy handed soldiers are quick to put out any uprisings that stir up trouble. Katniss, fueled by her family’s safety, is all about pushing back. Much like modern day uprisings, some power struggles can only result in oppressed populations rising up. It’s a typical plot, but told well in the novels. It’s likely that the prequel will focus on this theme.

The Hunger Games prequel is likely to feature the concept of gender stereotypes as well. Despite being caring and kind, Katniss can still hold her own. Too often, books or comics feature women who can either be sweet or strong. In the Hunger Games series, Katniss is both. Because the author is also a woman, it is expected that there may be some more stories of strong women, which are always welcome.

What we Know about the Hunger Games Prequel

A lot of details are still being kept secret when it comes to the Hunger Games prequel. We do know that the prequel story is set 64 years before the original novel. Likewise, it is already rumored that a movie will be made as well. It would likely do very well, seeing as the Hunger Games movies all grossed a lot of money. Suzanne Collins, the author of the novels and the upcoming prequel, says the book will come out May 19, 2020. The book is set to take place 10 years after the war that leads to the creation of the Hunger Games competition. This reconstruction period marks a dark time in the Hunger Games world, often literally referred to as the Dark Days.

Collins has also mentioned that the book will be about the perseverance of humanity. Despite characters going through total struggle and horror, they fight back. Humans have a very natural instinct to fight for their lives and wellness. Panem is going to go through real trouble in the novel, but the humans losing their way of life will fight for what they believe in. Lionsgate is already talking to Collins about adapting the novel into a movie. The studio actually looked at developing their own sequels and prequels without Collins since 2015, but prefer the author write them.

When Does the Prequel Come Out?

We have to wait for May 19, 2020 for the Hunger Games prequel. Needless to say, it will be a huge hit book. If it comes out later that a movie is in the works, fans will likely flock to the theater for this one just like the original four. There are a lot of fans of young adult novels and films, seen through the countless sales of this genre of entertainment, many of whom have even seen the actors they love go on to new roles (looking at you Robert Pattinson AKA Batman). It’s refreshing to see the story of Panem come back in book form. The novels are a great world in which characters can shine as heroes, villains, and defiant freedom fighters.

Title of the New Book?

There is not a title for the prequel, but Collins named the first three novels The Hunger Games, Catching Fire, and Mockingjay. There is no chance of Katniss returning seeing as this is so far in the past from her story. That being said, another popular character could come out of this book as well. For now, keep an eye on Comic Years for updates on the Hunger Games prequel.

What Ever Happened To The Mass Effect Movie?
Good Omens: So Good, People Want it Off “Netflix”