The Outer Worlds is a highly anticipated game releasing later this month. While the game is coming to Xbox One, PS4, PC, and Switch, a new announcement has some gamers and critics scratching their heads. Enhancements to the experience of The Outer Worlds are only going to be coming to Xbox One consoles. The vast improvements in Xbox One X Enhanced games far outweighs anything the PS4 Pro can output. That being said, it seems like some Outer Worlds 4K Performance drama is brewing.

Let’s get the Switch out of the way – we know it can’t perform with the likes of the Xbox One and PS4. For that reason, you’ll excuse me if we don’t mention it again in this discussion. Same goes for PC, which is incomparable to consoles in almost every aspect. In terms of The Outer Worlds and its performance, the company confirms that 4K is native on the Xbox One X, but not the PS4. Similar trends can be found across consoles as well, often resulting from studio’s being under a particular umbrella. 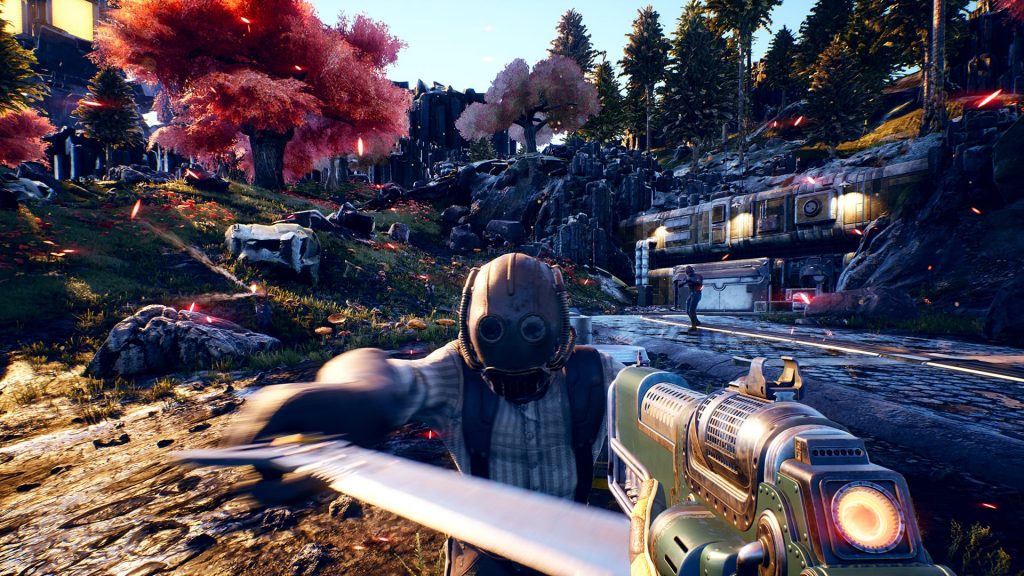 One recent example that comes to mind is the game mode exclusivity for Modern Warfare on PS4. Similarly, many consoles are the first to get a game depending on who develops it, with other consoles receiving the game after a period of time. The Outer Worlds 4K performance news is a bit different. Obsidian Entertainment is under the Microsoft Studios umbrella now. While it’s not confirmed, the decision to provide Outer Worlds 4K performance for the Xbox One seems deliberate. Obsidian might frame it as a matter of console capability, but I don’t buy it.

This Move Sets a Dangerous Precedent

The exclusivity of an experience seems dangerous to me. For one, no game should be limited in its visuals, resolution, or other experience-based aspects. With the recent news of the PS5 confirmed by Sony, imagine if suddenly Sony released games with a better experience than Xbox. Suddenly, certain games play better on one console than the next, and it becomes a major issue. Players lose in this scenario. Depending on the console you own, you might get a diluted experience in the games you play. Given that a lot of games are $60 plus tax, is it to be assumed that you’ll get to pay less for a worse experience? Of course not.

What we have here is another example of the egregious console wars cutting into gaming. The industry is relentless with its push for more money and market share. Can you blame the game companies? They operate under the same capitalist system that rewards greed at the expense of the consumer. Let’s hope this doesn’t become the norm, because gamers suffer in these sort of flexing contests.

Comic Years is your go-to source for everything gaming, comics, and pop culture. Does the news of this drama worry you? Let us know in the comments!

The King Review: Timothée Chalamet Is The Wayward Son For Netflix
Superhero Movies Aren’t Ruining Cinema, They Are Saving It